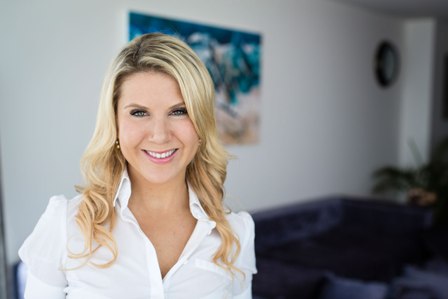 That’s because New Zealand-born Pether presents its What’s Up programme every Saturday. And not only does she juggle being a part-time television news anchor with her full-time job at Mubadala GE Capital – a commercial finance joint venture between Mubadala and GE Capital – she is also studying for two separate qualifications – the AMCT and the Chartered Financial Analyst (CFA) qualification.

Pether has a punishing workload and if you’re not already impressed by her drive and dedication, you soon will be. Few people would ever attempt to do two jobs while studying for up to 30 hours each week and even Pether doesn’t pretend that it’s easy.

“I’m very good at time management and disciplined in my approach,” she admits. “It’s worth working a bit harder for the things that matter.”

For Pether, what matters is becoming professionally qualified in treasury after switching to the career midway through her twenties. She originally trained as a business journalist in Wellington, then moved to the UK where she spent several years working for the BBC.

But due to her passion for numbers, she moved into equities trading in London, before heading to the United Arab Emirates in 2008, where she worked in investor relations for the Abu Dhabi government-owned investment and development company Mubadala.

“Treasury fascinated me,” she explains. “You get a good view of the entire business and I’ve always been interested in numbers.”

Since then, she has moved into financial risk management, which she loves.

“Financial risk management is my favourite part of treasury,” she says. “It’s the most technical, the most numerical; I really enjoy it.”

Fortunately, she can immerse herself in the discipline in her current role, which is a secondment to Mubadala’s joint venture with US financial services group GE Capital.

“We’re involved in some really pivotal strategies,” she explains. “We get new projects coming in every day, which certainly keeps things both interesting and challenging.”

Pether enrolled for the AMCT because she believed that having a professional treasury qualification would give her an edge.

“It gives you more credibility and increases your focus and understanding. If you are serious about a career in treasury, I would recommend it to increase your technical skills and fast-track your career.”

While she was exempted from the AMCT Level 1 exams due to the fact she was studying for the CFA qualification, she has passed the certificates in international treasury management (CertITM), risk management (CertRM) and financial maths and modelling (CertFMM).

All the papers have been relevant to her day-to-day work, but she found the practical skills in CertFMM particularly useful, along with the financial market risk section of the CertRM since “it made you consider the bigger picture before thinking of the calculations behind it”.

The ACT papers offer an excellent grounding in treasury, according to Pether, and her advice to those who don’t know where to start is to sit the CertITM.

“If you don’t know exactly what interests you, CertITM can help you to work it out,” she explains. 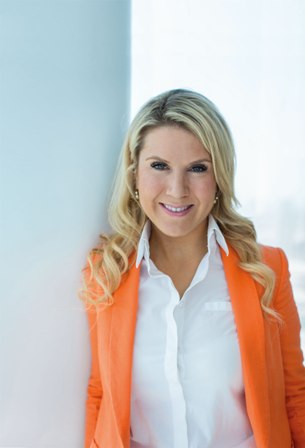 “It’s good to be challenged. You can’t learn unless you get out of your comfort zone.”

When asked if there was any way the AMCT course could be improved, she suggests that greater use could be made of technology such as visual tutorials and podcasts.

When she was preparing for the ACT papers, Pether worked to a military schedule. She would study for an hour every morning, an hour at lunchtime and an hour each evening, wracking up a further 10 hours at the weekend as well.

“With qualifications, it’s not just the knowledge that matters: they demonstrate that you can commit to something,” she notes.

“The structure of the AMCT made it easy to fit round my daily life. There’s lots of optionality with the way you study for the modules.”

Now gaining the AMCT qualification rests on Pether’s ability to pass the CFA Level 3 exam, which she hopes to do this year. She has found that the two sets of studies complement each other while offering a different perspective.

“But I wouldn’t recommend to anyone to do both qualifications at the same time because it completely destroys your social life,” she says, sounding surprisingly upbeat nevertheless.

Pether describes Mubadala as an “employer of choice” in the UAE and she appreciates the emphasis that the company puts on career development. It runs a ‘human capital mobility scheme’ under which it places key employees in its subsidiaries to fast-track their skills.

The company has also supported her throughout her studies and she credits Matthew Hurn, Mubadala’s group treasury executive director, with being a great mentor.

“Mubadala is very progressive,” she says. “I’ve always been passionate about education, so to have a management team that supports it is amazing.”

But she says that treasurers who don’t work for such encouraging employers should not be afraid to speak up.

Working in the Middle East also opens up a wealth of opportunities, Pether believes. She landed her news anchor role through a contact she met at her gym who knew about her broadcasting background. But being able to combine two such different careers is not something she can envisage doing in either the UK or her New Zealand homeland.

“In this region, achievement, self-development and entrepreneurship are actively encouraged,” she says. “It’s a place where you can do anything and be anyone. It’s almost expected that you’ll do something different. It’s a great place to be. I wouldn’t be anywhere else.”

As for being a woman in the region, Pether says: “Before I moved out here, I had a few misconceptions. But I’ve never felt so safe and well supported.”

The Middle East is also an exciting place to be for treasury professionals who want to make a name for themselves.

“Companies are becoming global players, so greater importance is placed on regulation, automation and the centralisation of treasuries,” says Pether.

Inevitably, there are challenges, particularly in the areas of governance and transparency.

“Most Middle Eastern companies are willing to be transparent, but processes and policies are preventing them,” she explains. “They need to focus on financial governance and transparency.”

As you’d expect from someone who grew up in the great Kiwi outdoors, Pether is a fitness freak. In the rare moments when she’s not working, she loves paddle boarding in the mangroves off the coast of Abu Dhabi, staying fit and travelling.

This active lifestyle helps to explain how she has the stamina to juggle two jobs and two sets of studies, but does her phenomenal workload ever seem so great that she thinks she can no longer manage both her treasury and television careers any more? “The hours are quite long,” she concedes. “But I don’t want to give either of them up.”