Union Properties CFO – Murtaza Chevel – explains a paradox that ambitious accountants face when attempting to advance into an executive role. 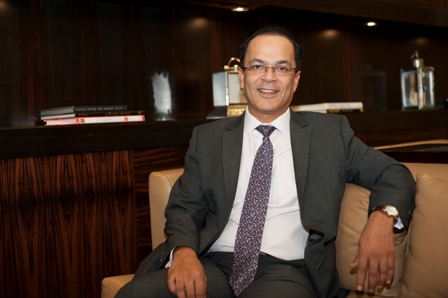 “IF YOU think in the definitive, you are not going to get out of the box,” says Murtaza Chevel, the Chief Financial Officer of one of UAE’s leading property investment developers, Union Properties.

In an interview with Accountant Middle East, Chevel describes again and again how a definitive mind-set – the very kind accountants are trained to have – is the giant barrier to being able to think creatively and dynamically.

“While the accounting qualification is a necessary passport into the CFO position, it is at the same time its biggest blockade,” he adds.

Chevel explains that one of the reasons behind this hindrance is accountants may perceive a sense of security in their qualification, but a person who wishes to advance into a CFO role must be willing to let go of that. Chevel emphasises the importance of a grown mind-set and a confident, yet humble attitude – not being afraid to admit when someone else is right – as keys to becoming a dynamic leader in the company.

Chevel was born in Karachi, Pakistan, and lived there until he was in Grade 4, but the Indo-Pakistani war eventually forced his family to move to Kuwait. There he finished grade school, but says he did not ever think he would become an accountant.

He expressed a desire to trade stocks, but his grandfather, a stock broker, said it was too risky and suggested he becomes an accountant, which is something he had never considered or knew anything about.

Kuwait at the time was a bustling business hub of the Middle East and many of Dubai’s business elite found their roots in the city.

“I still remember going to Jashanmal’s store as a young boy, of course nobody knew how big he [of famed Jashanmal Group] would become,” says Chevel.

Other moguls started in Kuwait as well such as Rizwan Sajan the founder of Danube.

“I never thought of becoming a billionaire, but I did want to be successful. In my mind I was going to go to American University in Beirut because at the time that was one of the top schools you could go to,” the CFO says.

Over the next several years he finished his A-Levels in Kuwait and had plans to go to American University in Beirut but the civil war broke out and so he never ended up going to university.  He decided he would be best off as an accountant and enrolled with the ACCA while still in Kuwait and then he moved to London and spent five years completing his qualifications there.

He was immediately hired by a mid-sized firm, Hodgson Impey and into the rat race young Cheval went. He has fond memories of his time in London during his ACCA training and his first job.

Chevel lived on his own in Hampstead in a small bed-sitter that cost him £150 a month. He recalls the wonder and excitement of living in the big city, especially in that high-end area which was liberally peppered with famous people living there.

He says he developed a strong relationship with the landlord and for extra money eventually became the trusted caretaker of the property’s accounts. While doing book keeping was a procedural task which revolted Chevel, it was work… and for that he thanks the ACCA. As he says “it is tough to find an out of work accountant.”

A little later, at Hodgson-Impey, Chevel spent most of this time auditing businesses, a process that he declared “good fun” because it often required going to interesting places and seeing different parts of London.

He enjoyed that romantic, inspiring period of his first job, and nostalgically reminisces about that extra gumption that one has on their first job in a big city.

“My niece is now working her first job on Wall Street and you can see the same unmatched enthusiasm that she has. Your first job is always a magic time; unfortunately sometimes you don’t realise that until it’s too late.”

During the Iran-Iraq war in the mid-80s, Chevel’s family moved from the now-volatile Kuwait to a safer place, Dubai. Chevel felt that moving to the Middle East would do wonders for his career and asked his father to photocopy the yellow pages of accounting firms in Dubai.

He started sending inquiry letters to these firms and landed an interview with Deloitte Haskins & Sells. By 1987 Chevel was at his desk in Dubai.

“It was a magic place even back then, much smaller of course but Dubai always had a buzz about it,” says Chevel.

Yet, he stayed only three years before moving to Canada with his new job at Ernst & Young.  There he had to do his CA all over again, but during this period he worked as a manager without the official title. After qualifying with Ernst & Young, he graduated from management and moved into Corporate Finance. The sexy world of Mergers & Acquisitions, Chevel’s financial acumen was put to the test.

In 2001 Chevel returned to Dubai where he worked with the Head Office of Ernst & Young in Bahrain. This was the E&Y Middle East Head Office at the time. Chevel was working his way up the ladder but deep down, he says he did not want to continue working for an accounting firm.

“I wanted to feel the wind in my face and get my hands into the nuts and bolts of a real business,” he says. 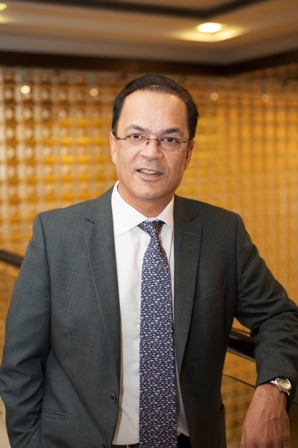 WORDS OF WISDOM: “Accountants may perceive a sense of security in their qualification, but a person who wishes to advance into a CFO role must be willing to let go of that.”

His wishes were answered as while he was working for one of his clients, Dubai Investments PJSE, Khalid Bin Kalban the CEO, asked him to join them as Group CFO.

“Dubai Investments PJSE was an investment company, in the real sense that now includes thirty-eight companies but when I joined in 2003 we only had 18,” he narrates his journey into CFO.

“The first year was really tough as we had to put a lot of infrastructure into the company and I institutionalised the MIS for the 18 companies. What a lot of CFOs don’t realise is that changing systems is one thing but changing culture is another. Whenever you change systems you are affecting the culture so you need to approach this with emotional intelligence not just technical excellence.”

“After we got through the ground work done, things began to start moving and by 2005 Dubai took off like a rocket and money was falling from the sky. I was in the right place at the right time. The toughest thing then was managing the growth and knowing which opportunities to follow through with and which ones to ignore.”

Setting up a business

Dubai Investments went from 18 to 38 companies in just two years. It was phenomenal and Chevel decided to leave Dubai Investments and joined a few friends that banded together to make a private wealth management company, Habib Investments.

He recalls, “Our motto was very straight-forward – Your money. If we make you something we take 20%; if we don’t make you anything, we don’t take anything.”

One of Chevel’s last assignments for Ernst & Young in 2003 was advising the set-up of the premier investment company – Istithmar – where he got to know Ahmed Butti, the Director General of Customs.

Chevel describes how this came to help him later: “Fast forward to 2007 when he [Butti] calls me out of the blue and said, ‘I need a CFO’. I was quite happy doing what I was doing with my friends but I thought about it.”

He considered the success he was having with Habib Investments, but did not know how long it would last, and so he decided to take a “real job” with Palm Utilities, owned by Istithmar, in 2008. Business was booming at that developing time, but it did not last.

Getting fired: A great experience

In 2009 the global financial crisis hit and all of the senior management, including the CEO, at Palm Utilities were asked to leave. Chevel describes getting fired as a great experience, an “ah-ha moment”, and a time when a man realises who his friends really are.

“You find out when you get fired that some people are just around you because of your title, you lose your title and they are gone. It is always good to know who your real friends are,” he says.

He goes on to say that being fired brought him back down to earth. He then spent six months freelancing, putting a banking syndicate together in Singapore, which he says was “good fun.”

Then his ex-boss at Dubai Investments, Khalid Bin Kalban, offered him a CFO position at Union Properties. Once again, Chevel weighed the variables, and was interested in the opportunity to make a difference in one of the region’s leading property companies.

At Union Properties, Chevel had some major challenges as the company was swimming in debt and the property market in Dubai had been dealt a punishing blow by the financial crisis. Chevel worked with his team to reduce the debt from AED7.5 billion to AED360 million over two years.

He describes the mind-set behind this: “You’ve got to be switched on…You need to be negotiating with the banks all the time. It’s a collective effort of the board, your team, and your stakeholders, but if you’re not driven to do it, it’s not going to happen. That’s why you have a CFO who is a CFO and an accountant who thinks he is a CFO. You can’t do accounting and CFO work at the same time. Accounting is definitive, financial strategy is limitless. As a CFO you need to create solutions that don’t exist, sometimes you have to make the impossible, possible.”

So what makes a CFO a CFO and not anything else?

Chevel says the successful CFO “has to think, ‘Okay, what’s next? I’m not happy with closing the accounts and getting the consolidations done or getting the annual report out.’ It’s ‘What’s next? I don’t have debt now [so it’s] what are we thinking of next?’ I’ve got some ideas of course I’ll discuss with the board, present them to the board, and sometimes the board thinks I’m nuts. I tell them, ‘I’m going to give you wacky ideas. Well calculated wacky ideas, but you’ve got to decide what you want to do’. It is all about creating that vision and strategy that will take the organisation to the next level.”

He says that the CFO needs to be more creative to fuel the growth of the company.

“Fuel is money: you borrow or you are organic, or you change the capital structure; you need to do something. You need to come up with different ways of doing things. You can’t just say, ‘I’m going to the bank to borrow’.”

He lists some of these different and creative ways of collecting money as bank borrowings, property swaps, negotiations with contractors, and sale to lease.

He chuckles at this common dilemma and muses, “It’s like so many times I say, ‘OK, we need to get this project going; how much money do we need? We need X many dirhams. How are we going to do it?’ I say, ‘I don’t know; I’ll figure it out.’ If you accept the fact that there’s a solution, you can work backward to get to it.”

He explains that a definitive-thinking person will say things like, “The bank’s not going to give me money” or “We don’t have enough collateral” or “The 80/20, 70/30 ratio isn’t going to work,” but these are all dead-end statements that can kill any creative progress or thought. He reminds us again that “There’s always a solution.”