THE FUTURE OF FINANCE

The world of finance is a dynamic place with new developments every now and then. How do these developments, such as Basel III, impact trade? Aparna Shivpuri Arya speaks to Dominic Broom, Head of Sales & Relationship Management, EMEA Treasury Services, BNY Mellon, to pick his brain on this issue and more.

The MENA region has been dealing with political instability for quite some time. This situation has also impacted the economic situation in these countries. Talking about this, Dominic said, “ 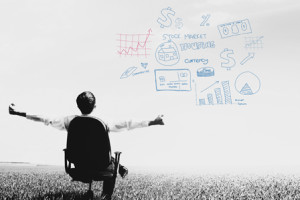 However, according to him there are positive trends emerging such as the Aid for Trade Initiative for Arab States which was launched last year. This initiative – which is backed by the UN, the Islamic Development Bank Group and the League of Arab States – seeks to build and operate trade-related physical infrastructure and trade corridors in the region.

“We are seeing evidence of more companies in the Middle East expanding across the region and beyond. McKinsey predicts that, by 2020, bilateral trade flows between the Middle East and China could reach between USD 350 billion and USD 500 billion, with the Gulf States accounting for the lion’s share. The banking sector is responding to (and benefitting from) this growth. Just over a year ago the Commercial Bank of Dubai launched a banking platform for Chinese companies in the region, which includes Renminbi accounts, Chinese language documentation and Chinese-speaking relationship managers. We are also seeing a growing number of subsidiaries of UAE banks throughout the Middle East and Africa, and some banks – such as National Bank of Abu Dhabi – have a global network of branches in Asia, Europe and the United States, where they offer a range of payments solutions and treasury services,” he remarked.

Dominic also pointed out that the political instability has mainly had an impact on trade in Syria and Libya. In the case of Libya this is largely due to the disruption in oil production and exports. However, trade in other countries in the Arab Spring such as Egypt has been less affected – countries still need to trade food and energy supplies regardless of the political and economic climate. The total import and export figures for goods and services in countries such as Jordan and Lebanon have also remained strong, despite declining growth figures.

The International Monetary Fund (IMF) expects the Middle East, North Africa, Afghanistan and Pakistan to grow faster this year (3.3%) compared to 2013 (2.4%) and it expects growth to accelerate to 4.8% in 2015. This economic growth is likely to translate into stronger trade growth.

In this scenario, how do regulations, such as Basel III impact countries and organisations?  Dominic elaborated on this and said, “The new liquidity obligations driven by Basel III will have a significant impact on the way banks and other financial institutions do business. In response to these obligations, theymay need to make changes to their account structures, intraday liquidity flows and how they manage their overdraft limits.”

He pointed out that the challenge for companies is to shift the focus from reducing and controlling the flow of cash into and out of numerous bank accounts, to managing intraday liquidity positions; reducing reliance on intraday credit lines; and achieving intraday transparency with real-time cash position monitoring. This is particularly relevant for the financial services industry which is facing more stringent intraday liquidity management requirements. One way these requirements can be achieved is by gaining a better understanding of their payment behaviour through analysing historic data.

It’s all about having the right cash, in the right place, at the right time.

Moving on to another financial development, I wanted to know about open account trading and it’s impact on trade. To this Dominic remarked, “Despite the increasing global popularity of open account trading, document-based forms of settlement (such as the letter of credit, or LC) remain the preferred method of payment for manybanks and corporations in the Middle East. The LC gives companies control over their trade process and reassurance that their credit is supported. The need, particularly for banks, to mitigate risk has been heightened by the global financial crisis and recent political unrest in the region.”

He further added, “However, in line with global trends, a growing number of corporates are embracing open account tradein part for its efficiency (in terms of cost and time), transparency and flexibility. In response to this, banks are investing in advanced electronic capabilities to meet their growing multi-currency needs. One example of where we are seeing more corporates using open account is the Jebel Ali Free Zone in Dubai.”

It’s difficult to determine what impact corporates moving from LC to open account trading will have on trade flows. It involves companies changing their method, not their volume, of payments. Other factors such as economic growth and the liberalisation of trade policies will have more of an impact on trade flows.

As we came to the end of our conversation, I wanted his opinion on the global trade scenario and what does 2014 hold for countries. Dominic quoted his chief economist, “Despite recent concerns about financial risks in China and stresses in some other emerging countries, we continue to expect stronger global economic growth in 2014, with global real GDP growth likely to accelerate by one-half to three-quarters of 1% above the sluggish pace near 3% 2012 and 2013. The outlook for the U.S. economy is one of the keys to the global economic outlook. We believe that there was a transition in mid-2013 from 4 years of about 2% growth to a new cyclical trend of three or more years of about three per cent growth.”

Dominic concluded by stating that while it’s difficult to make a direct comparison between estimates of economic growth and estimates in the growth oftrade volumes, there is a positive correlation.When the global economy picks up, trade figures tend to rise faster than gross domestic product figures.  The World Trade Organisation for example estimates the volume of the trade in goods will grow by between 4.0% and 4.5% in 2014, compared to less than 2.5% in 2013.

This definitely gives all of us a reason to be hopeful and look forward to the growth of trade and investment globally and in the region.

*The views expressed herein are those of the authors only and may not reflect the views of BNY Mellon. This does not constitute treasury, investment advice, or any other business or legal advice, and it should not be relied upon as such.