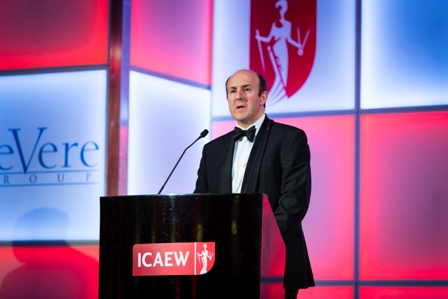 Michael Izza, Chief Executive of ICAEW: “We started these awards three years ago because we believed it was time we celebrated the role of the Accountancy and Finance profession in the Middle East.”

AS THE Middle East moves to assert its position as one of the world’s fast growing financial markets, competition to recruit and retain financial talent has never been tighter like it is today, Michael Izza, the Chief Executive of Institute of Chartered Accountants in England and Wales (ICAEW) has said.

Izza was addressing delegates during the third annual Middle East Accountancy & Finance Excellence Awards, at the Ritz Carlton in Abu Dhabi. Organised by the ICAEW and sponsored by National Bank of Abu Dhabi and the PIC Group, the awards recognise the best and brightest in accountancy, finance and business.

“We started these awards three years ago because we believed it was time we celebrated the role of the Accountancy and Finance profession in the Middle East – and those who are contributing to it, like financial journalists and training providers,” Izza said.

The 2013 awards saw a strong representation of both men and women, with Izza saying the balance was testimony to the achievements of both sexes in business, “because women are becoming increasingly active in finance in many parts of the Middle East, as they are all over the world.”

Izza called on finance employees to gain professional qualifications, saying it sharpens skills and helps improve the quality of service they render to the public.

“A strong professional education is good for one’s career. I think you can see that by looking at the number of qualified professionals at the top of the tree. For example in the UK, 81% of FTSE 100 companies, have an ICAEW Chartered Accountant on the board,” he said. 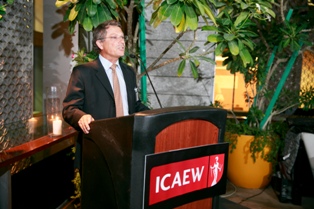 Peter Beynon, Middle East Regional Director for ICAEW: “The exemplary performance of the 2013 winners offers a demonstration of the very best practices that the whole profession can emulate.”

“Finance and accountancy is a profession that is having a huge impact in terms of diversifying and developing the economies in this part of the world. Abu Dhabi, like other parts of the region, is taking great steps towards the promotion of a knowledge-based, diversified economy and we are supporting those steps to the best of our ability through our work with the ADAA (Abu Dhabi Accountability Authority), Mubadala (private company), Taqa (Abu Dhabi government energy company), NBAD (National Bank of Abu Dhabi), Agthia Group (a large hospitality company),” he added.

Commenting on the awards, Peter Beynon, ICAEW Regional Director Middle East, said, “A strong accountancy and finance profession is the backbone of sustainable economic growth. Recognising the region’s best talent – the finance professionals who are daily delivering confidence in business – is important, because their hard work and dedication can often be overlooked. The fact that they are demonstrating the highest professional and ethical standards is what underpins economic growth and we are delighted to give them the credit they deserve.”

“This year’s awards programme grew significantly in terms of the level of participation and the quality of submissions. The exemplary performance of the 2013 winners offers a demonstration of the very best practices that the whole profession can emulate.”

Industry professionals from across the Middle East attended the gala event, which included British radio and television presenter and comedy author, Clive Anderson. Winners were selected by a judging panel comprising 11 of the region’s most respected industry professionals, among them Dr Al Zarouni, Deputy Group CFO of NBAD and Mark Beer OBE, Registrar at Dubai International Financial Centre (DIFC) Courts and former CEO & Chairman of the British Business Group for Dubai & Northern Emirates. 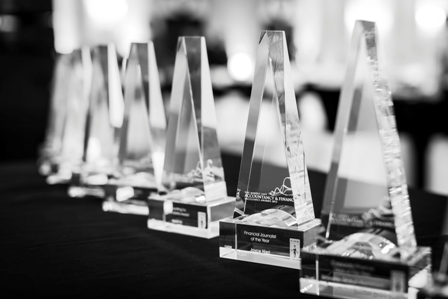 Among the winners of the 2013 awards were: H.E. Riyad Abdul Rahman Al Mubarak, Chairman of Abu Dhabi Accountability Authority for his Outstanding Contribution to the Accountancy Profession; James Rigney from Etihad Airways for CFO of the Year; and Amanda Line, from PwC Academy Middle East for ICAEW Chartered Accountant of the Year. Abdullatif Al Mahmood from Ernst & Young Bahrain was recognised as Young Accountant of the Year, while the Editor of Accountant Middle East magazine – Joyce Njeri – was named the Financial Journalist of the Year.

The new award categories, which ICAEW says demonstrate commitment to the development of local finance and accountancy infrastructure, went to TAQA for Excellence in the Development of the Country’s Future Leaders; Etihad Mobily for Internal Audit Excellence; and GASCO for Accounting for Sustainability.

Steve Rigby, Divisional Manager of PIC-Group Western Asia & India, Gold sponsor, added, “The Middle East Accountancy & Finance Excellence Awards offers a fantastic platform through which regional progress within the profession can be showcased to business and government leaders, locally and internationally. We would like to thank ICAEW for this initiative as it helps reinforce the attractiveness of Middle East markets for foreign direct investments.”

The Middle East Accountancy & Finance Excellence Awards are organised by ICAEW – a world leader in the accountancy and finance profession with over 140,000 members across the globe.

The awards were launched in 2011 to celebrate the very best in the accountancy and finance profession in the Middle East and have become a key date in the annual calendar of regional business leaders.