Experts urge more companies in the UAE to increase levels of corporate sustainability reporting, in order to address social and environmental issues… 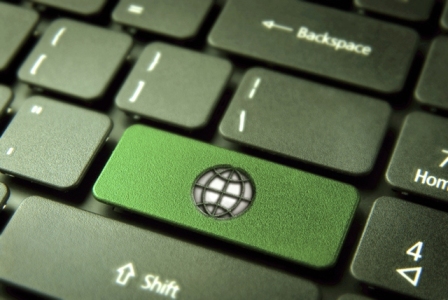 According to experts, companies that have a defined corporate commitment to environmental and ethical principles do better financially than companies that don’t.

THE LEVEL of sustainability reporting in the UAE is lagging behind compared to other countries, delegates attending a focus group have been told.

The group, brought together by ACCA (the Association of Chartered Certified Accountants), soughtto establish a common definition of what sustainability is and what it means in the UAE in order to help encourage more companies to invest in creating their own corporate sustainability reports on a regular basis.

This focus group was one of six held around the world, to capture the collective thinking of 49 sustainability reporting experts in a new report from ACCA called ‘Paragraph 47: international perspectives one year on.’

The global discussions in Australia, Canada, Hong Kong, South Africa, the United Arab Emirates and the UK, focussed on how the international community should take forward the commitments set out in paragraph 47 of the  United Nations outcome document The Future We Want, which was agreed at the Rio+20 conference in 2012.

Rachel Jackson, ACCA’s head of sustainability, said: “We were aware that, from our conversations over the past 12 months, there were different interpretations and understanding of what paragraph 47 meant. We set out to capture those differing views from both a regional and stakeholder perspective. The findings will be valuable to governments and other key players, one year after the declaration was signed, in driving paragraph 47 forward, thus increasing the levels of corporate sustainability reporting.”

“There was common opinion that sustainability reporting will help efforts to address social and environmental issues, that government-led action was an important way to kick start the wider adoption of sustainability reporting, and that existing frameworks should be used to develop best practice, rather than being inefficient and reinventing the wheel,” she added. 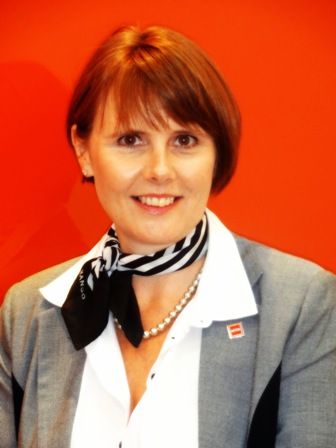 Susie Isaacson, head of ACCA UAE, said: “It has been an extremely valuable exercise to capture these differing perspectives, one year on from the declaration being signed, to serve as a reminder that the implementation of paragraph 47 will need to address the myriad of stakeholder and cultural views and differences in order to succeed.”

“These discussions will hopefully make a difference in helping to change perspectives and show just how important corporate sustainability reporting is to helping the UAE’s growing economy maintain its momentum,” she added.

So, what exactly is sustainability and how does it fit into the general business environment in the region?  In 1987 the Bruntland Commission, formerly the World Commission on Environment and Development (WCED) described sustainable development and Corporate Sustainability Reporting (CSR) as “Development that meets the needs of the present without compromising the ability of future generations to meet their own needs.”

CSR is the continuing commitment to behave ethically and contribute to economic development while improving the quality of life of the workforce and their families as well as the local community and society at large. Similarly, the European Commission advised in 2008 that CSR was “a concept whereby companies integrate social and environmental concerns in their business operations and in their interaction with their stakeholders on a voluntary basis.”

Today’s modern Sustainability (CSR) movement has been gaining traction and evolving since the early Greeks who are credited with the notion of virtue ethics. Socrates, Plato and Aristotle in the fourth and third centuries Before the Common Era (BCE) all pondered the meanings of human ethics and started a train of thought still relevant today. In 1854 Henry David Thoreau published Walden, the first piece of environmental intellectualism and in 1892 the Sierra Club was inaugurated. Business ethics in some ways emanated from religious groups like the Quakers and Jesuits and from large companies like the East India Company, Standard Oil and JP Morgan.

Post war socialism led to a more vocal society in which people questioned the influence of these large corporations which led to a decade of social activism in the 1960’s and early 1970’s. In 1962 Rachael Carson wrote Silent Spring that gave birth to the modern environmental movement. The 1970 saw the first Earth Day and Greenpeace founded. The 1980’s saw a rise in middle class wealth both in Europe and the US which was a factor in the numerous green groups founded in the 1960’s and 1970’s gaining traction.

People were becoming more aware of what was happening to people and the planet by corporations not being transparent about their activities or their profits. The Campaign for Nuclear Disarmament raised awareness about nuclear arms and their devastating effects at the same time as discussing whaling and acid rain. When the Exxon Valdez spilled millions of gallons of oil into the sea off the Alaskan coastline, worldwide condemnation followed.

More recently the labour practices at Nike and Gap became headline news as did the Shell incident at Brent Spar.

So what is modern sustainability (CSR) and where do we go from here?

In 1997 DePaul University said that “companies with a defined corporate commitment to ethical principles do better financially than companies that don’t.” Companies that understand the philosophy of ‘People – Profit – Planet’ are more inclined to embrace sustainability (CSR) than those organisations that choose to ignore it.

The arguments for the incorporation of a sustainability (CSR) policy within an organisation are many and varied. They will include balancing corporate power against corporate responsibility (CR) and doing business honestly by introducing effective measures against corruption.

Improving public health and safety whilst improving community relations and communicating with the consumers by building trust and support makes good business sense. Most importantly is the access to capital through sound corporate governance to fuel expansion and provide funding for environmental programmes and modern sustainability (CSR) activities.

There are also arguments against sustainability (CSR) which fall into three categories. These include;

i) the effects on the stakeholders

ii) the expectations of the society and

iii) the increased influence of corporations over society.

The effect sustainability (CSR) has on the stakeholders being shareholders, employees and consumers in broad terms is that they will bear the cost of any sustainability (CSR) programmes introduced or followed and which will also weaken the competitive advantage and market share of the products produced.

Sustainability reporting in the Middle East had been slow to start as executives in the region are finding it difficult to relate environmental expediency to profitability and the impact on the long term business model. However, attitudes are changing, evidenced by a recent survey where 90% of the respondents believed that credible sustainability (CSR) programmes can enable companies to build and maintain sound business reputations. Many more agree that sustainability (CSR) can help attract new customers and increase market share, and it can also foster innovation and improve staff retention.

If your research shows that your competitors are not reporting then you should steal the opportunity and be the first in your sector. This will make you the leader and give you a competitive advantage over your competitors.

Once these risks have been identified you can then move onto the initiatives, solutions, objectives, measurements, goals and KPI’s to begin your sustainability (CSR) strategy. A few examples of these risks in each category could revolve around the following subjects.

Workplace risks could include safety, ethics, working conditions and CPD whilst marketplace risks could be economic performance, product stewardship and meeting the long term needs of the shareholders. Societal risks include community relations and programmes along with volunteerism and anti-corruption. Finally environmental risks include energy efficiency, waste management, recycling and carbon footprint. The final document can then be reviewed and endorsed by the board of directors before being submitted to the reporting agency chosen for the purpose.

Sustainability (CSR) is important because it influences a company’s reputation, it’s investors decision to invest and its employees to remain in its employ. It enables the strategic management of internal and external risks in social as well as environmental areas and has been seen as a factor in reducing operating costs.

Most importantly it is the voluntary commitment by individual organisations to do the right thing and be responsible for its actions and decisions in relation to the planet its people and its environment without being told.

* By David Burns, Partner with UHY-Saxena and responsible for the sustainability (CSR) department