Putting tax transparency on the agenda

Recent reported evasion activities have kept taxation in the news spotlight. And while these may just be flash points, they demonstrate that the scrutiny on tax morality is not going away, argues Greg Wiebe, KPMG’s Global Head of Tax. 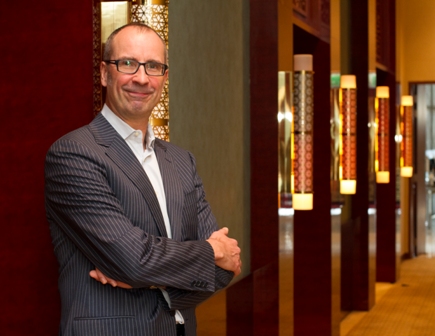 Greg Wiebe, KPMG’s Global Head of Tax: “While the tax debate has tended to focus on corporations and high net worth individuals, the reality is that governments, tax authorities and policy makers must also shoulder some of the responsibility.”

WHETHER YOU are a policy maker, business leader, politician, journalist, tax authority or just a regular citizen, the issue of tax is probably high on your agenda.

Over the past few years, there has been a fundamental shift in the way that people view tax.

Today, tax and the issue of paying your fair share is one of the most prominent areas being scrutinised by governments, the general public and, to a great extent, the media.

Just like corporate responsibility and environmental issues, significant brand damage can occur if there is a perception that a company’s tax affairs are overly aggressive or ‘unfair’.

The reputational issue can also be relevant for sovereign wealth funds (SWF) and Government Owned Entities (GOE) in the Middle East, given the increased global attention they are drawing from their significant level of high profile investments outside of their own countries. Often these investments are through entities which attract the burden of tax, even though, back in their home country, such entities are often exempt from tax.

As the public looks to businesses to ‘do the right thing’, expectations for more transparency are increasing. Coverage of the inadequacies of Greek revenue collection, public demonstrations in the UK, renewed scrutiny from US government committees and the former French Budget Minister’s reported evasion activities have kept taxation in the news spotlight. And while these may just be flashpoints, they clearly demonstrate that the scrutiny on tax transparency and morality is not going away.

Tax on the global agenda

While the debate has tended to focus on corporations and high net worth individuals, the reality is that governments, tax authorities and policy makers must also shoulder some of the responsibility. In part, this is because current tax systems have not kept up to date with changes in business models and practices. At the same time, it must also be recognised that many countries use their tax systems to compete for investment dollars and jobs, and to benefit the foreign activity of their own multinationals.

Thankfully, there are a significant number of international meetings involving the EU, OECD, G8 and G20 where tax is on the agenda. Some are likely to focus on evasion, others on international tax rules. Regardless, business leaders can expect to see a myriad of scoping documents, discussion papers and communiqués at the country, secretariat and forum levels.

The fact of the matter is that, with respect to tax, businesses need an environment that offers regulatory stability and certainty. To this end, KPMG member firms around the world applaud and support the current work of the OECD.

Much good work has already been done on the global stage over the past few decades to address any number of tax issues. But, now more than ever, it is essential that collaboration between countries and the relevant authorities takes place. This will be difficult to achieve, and the potential for unintended consequences is high. But through proper dialogue, communication and openness, KPMG’s member firms believe that resolutions can be found.

In some of the Middle East countries in particular, active engagement with the tax authorities is critical so that appropriate clarifications around the tax issues and strategies can be communicated so as to avoid any surprises during the audit proceedings. 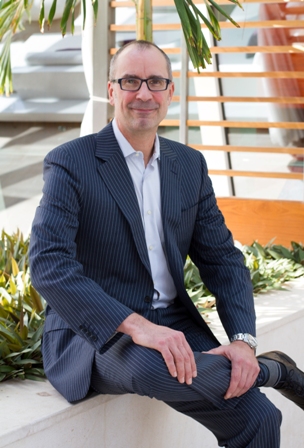 “Much good work has already been done on the global stage over the past few decades to address any number of tax issues. But, now more than ever, it is essential that collaboration between countries and the relevant authorities takes place.”

Without a doubt, this ever-shifting debate and tax environment creates significant complexity. Indeed, with their very reputations and relationships on the line, business leaders will need to focus on ensuring that their organisations are not only acting responsibly in the eyes of their stakeholders, but also reinforcing their ability to comply with possible further reporting obligations.

In my role as KPMG’s Global Head of Tax, I have joined many of my tax colleagues from around the world to talk with business leaders, tax authorities and other influencers about the issues surrounding this debate. Based on this dialogue and information gathering, we believe that there are four key actions that public company business leaders – boards and the full C-Suite –regardless of industry or geography must take seriously and address now:

i) Ensure you are fully informed: Keep abreast of developments that will occur at the local country and international level. Consider how these developments could affect the tax positions and planning undertaken by your company.

ii) Plan for public discussion and develop a tax narrative: Be prepared to comment on your business and tax activity at any given moment (a particularly important capability in the era of social media). Ensure board members, management/C-Suite members and the core tax team are aware of the potential questions and challenges that could come from any number of stakeholders such as regulators, investors, media and the general public.

iii) Think reputational risk: Ensure that decisions around tax are made taking into account potential reputational risks and not simply whether your organisation has complied with the tax law in various jurisdictions.

iv) Assess your company’s relationship with tax authorities: Ensure that there is appropriate, open and respectful relationships with local tax authorities in all jurisdictions in which you operate. Ensure that you put in place processes to support discussions with the tax authorities, including paper support and documentation exchange and appropriate communications channels. The bottom line is that the costs of early preparation tend to be significantly smaller than a path of long-term conflict and litigation.

All signs suggest that we will continue to see increased pressure for more transparency between taxpayers and the tax authorities, and more disclosure by public companies as to the amount of their tax payments and where those taxes are being paid.

Ultimately, business leaders, tax authorities and policy makers will need to remember that this is a changing world and one can resist the change or embrace it. The problem with the former is that one tends to get left behind. Do not become complacent: this issue is not going away.