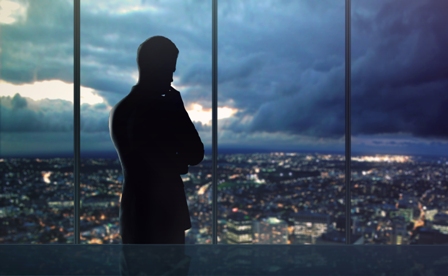 Many investors have become more sceptical about company-provided financial information since the global crisis, according to a new report authored by ACCA.

INVESTORS ARE less trustful of corporate reports since the global financial crisis with more than two-thirds saying they are more sceptical about the information companies provide, according to new research from ACCA (the Association of Chartered Certified Accountants).

Nearly two-thirds of the 300 investors surveyed in ‘Understanding Investors: directions for corporate reporting’ have told ACCA that managers have too much discretion over the financial numbers they report and a sizeable majority of investors say they place more value on information generated from outside a company than on traditional corporate reports, such as the news and social media. Worryingly, 45% identified the annual report as being of no use.

There was a clear dichotomy for policy-makers created by quarterly reporting. It was seen as useful by 75% of respondents in terms of their own investment decisions, yet 65% agreed that it created short-termism in the market as a whole and distracted management. Almost half wanted to see mandatory quarterly reporting scrapped.

The survey also revealed strong support for the role, of external assurance, which was seen as the main counterbalance to declining trust in company figures. Only in areas like profit warnings and emerging risks and opportunities did investors believe speed of information outweighed assurance. And 41% wanted to see auditing being extended to quarterly reports.

Ewan Willars, ACCA director of policy, said: “This research shows there has been a shift in what investors want in terms of financial information since the economic downturn. The decline in trust in corporate information since the global financial crisis suggests there is a bigger role for audit to play in rebuilding confidence in company statements.”

“But the research shows that while it’s easy to lump ‘investors’ under one roof, the reality is that different investors want different information from financial reporting. Do short-term investors, such as hedge funds, want or need the same information as longer term investors, such as pension funds? Companies and the finance teams that support them may need to provide a range of financial information that meets the needs of various investment groups, rather than look at the investment community as one.”

“The quarterly reporting issue shows just how fragmented views can be. Even individual investors are torn both ways – they want to consume quarterly reporting for their own self-interest, they also recognise that this focus on shortening time horizons is damaging for the overall market’s long-term interests. There is clearly a desire for regular reporting, but investors are aware of the outcome of that kind of financial information environment.”

This poses a real challenge to regulators and policy makers in terms of their approach. Though in Europe there are moves to remove quarterly reporting as a requirement there might be some logic in leaving it as an option, given the mixed feelings on the individual company and market effects it is seen as having. Accounting standard setters and regulators should be worried about the high percentage of investors who see no use to annual reports and the distrust of management discretion over company figures.

“But investors also have plenty to ponder – if they are to play a central role and have their voice clearly heard in the policy-making process, they need to be clearer on what they want and help the profession develop a financial reporting regime that gives investors the assurances they desire,” Ewan added.

The ACCA survey respondents represented a range of institutions, 150 of which each had more than $500m in assets under management, including pension funds, insurance companies, private banks and family offices, and other asset management firms, as well as investment advisors or analysts and corporate treasurers.