Joyce Njeri goes on the ring-side with Thabet Agha, the current title holder of the region’s first all-Arab Mixed Martial Arts reality show, who also dabbles as an accountant… 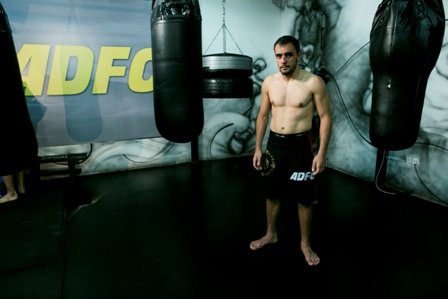 “There’s no better feeling than winning that fight, although it did not come as a complete surprise as I had done enough to merit the title shot.” – Thabet Agha

IN THIS world, nothing can be certain except death and taxes, so goes the famous quotation. In Thabet Agha’s world, this line plays out for real.

The 22-year-old mixed martial artist who dabbles as an accountant can easily pass as a colourless suit-and-tie number cruncher but when he puts on his gloves, he becomes a ruthless badass.

His brutal mien was evident recently when he mercilessly pounded his closest friend – Georges‘Bulldozer’ Eid – in the final episode of the region’s first all-Arab Mixed Martial Arts (MMA) reality hit show, called ‘Al Batal’, where he was crowned the overall winner.

“Normally, I don’t mean to inflict pain on my opponents, but when I’m inside the chain-link cage, I become emotionless,” the good looking fighter said in an exclusive interview with Accountant Middle East.

“The final fight was even more difficult for me as I had to face Georges Eid, one of my best friends, but I had to do what I had to do!” he added.

The 1’ 81cm, 77kg Syrian lives in Jordan where he’s pursuing his accounting career. After he was crowned champion of ‘Al Batal’ [Arabic for The Hero], Thabet was kind enough to give us an exclusive insight into his fighting and professional life. Here are the excerpts from the interview;

Q. Firstly congratulations on your win at the ‘Al Batal’ show. How did you feel when you were declared the overall winner of the fight?

There’s no better feeling than winning that fight, although it did not come as a complete surprise as I had done enough to merit the title shot, following my intense training and support from the coaches. When the fight master held our hands (me and my opponent’s) then after a short pause, raised mine up to declare me the winner, the feeling was that of joy and immense sense of great achievement. The reality then dawned on me that I was the best amateur Mixed Martial Arts (MMA) fighter in the Middle East and North Africa (MENA) region.

The competition of the gruelling fight was tough. What does winning the first series of the fighting contest mean to you?

The entire competition was very tough, and required great effort and concentration, in order to advance to the next level. The guys at Abu Dhabi Fighting Championship, ‘Al Batal’ and Legacy Team did a fantastic job at producing the show – which is the first of its kind in the Arab World. On a personal level, it means so much to me to be crowned the champion of the inaugural show in the whole MENA region.

Going back in time now, share with us why you entered the contest in the first place and what you wanted you achieve.

I entered the tournament because I believed in myself and my abilities, and all I needed was to put them to the test. Therefore the ‘Al Batal’ reality show presented that was once-in-a-lifetime opportunity for me to enter the world of professional MMA.

Please share with us your key fighting moments in the journey towards being crowned the overall winner of the bout.

My first round in ‘Al Batal’ was against Hisham Hiba from Egypt. I thought that it would be one of the toughest fights I will have in the show but when I knocked him out I knew that the title of ‘Al Batal’ Season 1 was not far away. Eventually, I had to fight my team mate Georges Eid in the season finale. This was particularly the most difficult and most trying situation as Georges and I had formed a strong bond of friendship in the last months leading up to the fight. But hey, this is MMA and once in the cage nothing else matters but the win and I gave it my all to emerge victorious and raised my country’s flag.

Speaking of your country, you are originally from Syria. How do you feel about the situation back home? Has that affected you in any way, in your fighting hobby or accounting career?

It’s hard to explain how it feels to watch my country implode. The devastation and loss of lives happening every day is unfathomable. Nevertheless, this was never an obstacle for me, on the contrary, I found it to be the number one motivation for me to win and dedicate my achievement to my beloved Syria.

When and how did you decide to become a professional fighter? 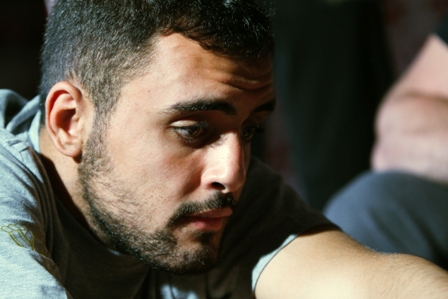 I love and enjoy accounting. What inspired me to pursue an accounting degree is the fact that it is a mental sport that keeps the brain engaged and alert, just like bouting.

For as long as I can remember, there has always been something that fires up in me whenever I watch any fighting, whether on television or in live situations. So I decided one day to haul myself on the ring. I started off slowly but things evolved faster than I expected, and after three years of training the next thing I knew I was the champion of the first season of ‘Al Batal’!

When you went back to Jordan, how did you share the news with your friends and family and how did you celebrate?

It really was a great pride and joy for me, my family and my friends. I was surprised when I arrived in Jordan to find the airport jammed with cheering fans, friends and family! Many people had been following the show on television and hence the mammoth reception when I touched down at the airport. My family had prepared a huge celebration at my home, which also extended over into the neighbourhood!

How do you keep fit and what does your daily food diet involve?

I stay fit through a combination of continuous training, hard work and a regimented healthy diet. I train in a martial arts specialised gym, under the care of professional trainers who do their best to keep me fit and healthy. Most importantly, I don’t smoke.

Now that you’ve been declared the winner of the first series of ‘Al Batal’ what is your next move? Do you plan on joining the top professional ranks?

My plan and dream is to have a full MMA career as a professional fighter – the Legacy Team and ‘Al Batal’ have done a great job in helping me to start and secure this.

Talk to us about accounting. Who inspired you to pursue the career?

I love and enjoy accounting. What inspired me to pursue an accounting degree is the fact that it is a mental sport that keeps the brain engaged and alert. A crucial quality for a successful MMA fighter.

Why did you choose accounting as your profession, and where did you undertake your studies?

I’ve always been good with numbers and I find myself in my natural habitat when I practice accounting. I studied at the University of Jordan, Faculty of Business Administration and majored in Accounting.

What are your future plans as far as career is concerned?

I will continue sharpening my skills by taking as many courses as possible and I hope to ultimately open my very own audit, tax and accounting firm!

Tell us a little about your family.

I have three brothers and two sisters. I’m still unmarried.

How do you spend your free time?

I spend my free time reading books and training for MMA.