Fraud in building industry is causing significant threats to both the finances and reputations of companies, new Grant Thornton report shows. Danny McLaughlin, Partner of Fraud and Forensic at Grant Thornton UAE discusses the report further with Accountant Middle East. 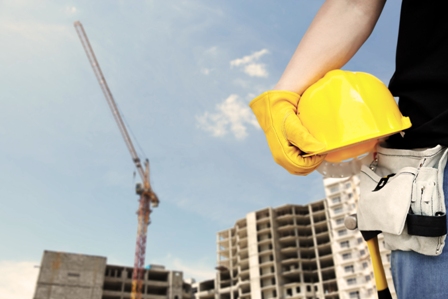 Urgent action is required to manage fraud and corruption risk in the construction sector. There are significant threats to both the finances of companies and their reputations.

FRAUD AND corruption in the construction industry is so commonplace that it is often accepted as a cost of doing business.

This is highlighted by a report that has just been published by Grant Thornton following research carried out in Australia, Canada, India, the US and the UK. The report suggests important lessons for many similar economies including those in the GCC.

Urgent action is required to manage fraud and corruption risk in the construction sector. There are significant threats to both the finances of companies and their reputations. Such threats also have the potential to hinder growth.

In a growing economy, opportunities for fraud increase and the construction industry is not immune from being targeted by fraudsters even as levels of other crime fall. The report, Time for a new direction: fighting fraud in Construction, argues that this does not have to be the case and makes recommendations to help companies avoid falling victim to fraud.

One suggestion is to make better use of information technology – an area where construction companies often lag. Vital lessons can be learned from policing, where technology has been instrumental in the reduction of crime and is increasingly used to identify, gather evidence, and even predict where crime will occur.

Danny McLaughlin, Partner and head of Fraud and Forensic at Grant Thornton UAE believes that “more companies need to recognise that fraud and corruption has a real cost. Corruption and the payment of commissions is often seen as the cost of doing business. This does not have to be the case.” 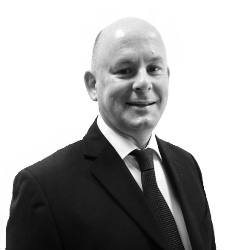 Danny McLaughlin, Partner and Head of Fraud and Forensic at Grant Thornton UAE.

He goes on to say that “in business, information technology and the Internet offer both threats and opportunities. Better access to information and data offers great improvements gains in efficiency and obtaining value for money but fraudsters can also misuse such technology.”

“From a business perspective, the use of data analytics can help not only to identify and thereby prevent fraud but also allow companies, particularly in the construction sector to spot poor procurement or contracting practices.”

The report also recommends companies put aside some concerns about reputational issues and instead be more open about the reality of fraud and the risks it presents. This can foster a greater willingness by companies to internally debate and identify such threats and in turn move to prosecute perpetrators.

The report estimates that fraud could account for between 5% and 10% of revenues in the construction industry. If recent estimates are correct that the global construction industry is worth $8.6 trillion now and rising to $15 trillion by 2025 then fraud and corruption in the sector could be costing construction businesses almost $1trillion worldwide at the moment with this figure rising to US$1.5 trillion by 2025 if action is not taken. Danny McLaughlin, Partner of Fraud and Forensic at Grant Thornton UAE discusses the report further with Accountant ME.

Q. What are the key highlights of the report?

A. The fact that fraud is so commonplace and that as construction activity ramps up we can expect fraud to increase as well. Organisations and governments have a big part to play in better detecting and punishing fraud. Technology also has a role to play in fighting fraud. Police have used these advances to help push down crime; Construction hasn’t – it makes itself a soft target.

How big is the issue of fraud and corruption in construction?

It’s highly prevalent to the extent that it is accepted as the cost of doing business. And it’s going to cost businesses and other organisations a lot of money and loss of reputation unless they sit up and start to take action. Current estimates show fraud accounting for up to 10% of revenues worldwide. It’s a $1 trillion issue!

Is the situation getting worse?

As the industry begins to recover we estimate that incidents of fraud will increase. In the slow economic period companies had at least become more stringent; focussing on costs and a fewer number of projects or transactions. As economic activity increases, applying this level of diligence will be more difficult and arguably become less of a priority. But the fact is, it acts as a materially significant drag on profits and it hits companies’ reputations hard.

What can companies do about it?

The first step is to get fraud on the board agenda and get them, and non-execs, to take ownership of the issue. Secondly; the industry can learn from what has worked in law enforcement. Technology has been instrumental in reducing crime – sifting data to flag issues and even using big data to help predict what types of fraud are most likely to occur. Whistle blowing is also vital to facilitate identification of fraud. And companies need to be prepared to prosecute to deter criminal activity. I would urge companies to look at our report.

Are some countries worse than others for fraud and corruption?

Essentially, what we’ve found is that it’s commonplace in the countries we looked at and it evident that it is a somewhat ‘silent’ issue in the UAE. Different types of fraud are more prevalent in certain countries, but the overall impression is that it’s a pervasive issue. Here in the UAE, we hear about commission payments as being an issue for companies. We have regularly investigated tender manipulation and the use of fake companies or those owned or controlled by procurement personnel and other management members to subvert contracting processes.

The report talks about using technology. How might this help?

Technology can help in many ways. It can be used for something as simple as checking on Google for fictitious vendors – is a phone number recorded as being that of the company whose name appears on a quote? Are apparently different companies listed at the same address of using the same personnel?

There are also systems available that will analyse controls and flag issues. Industries such as finance effectively use technology to detect and fight fraud. Construction can do the same.

Is the issue really common place?

The scale of the issue and our experience in dealing with fraud in the sector across a number of geographies demonstrates that in all its forms, fraud and corruption is commonplace. Companies really need to realise that they are at risk of fraud and often this can happen right under their nose, resulting in companies being hit with financial and reputational losses perpetrated by some of their most long-term and trusted personnel.

How will an increase in business activity affect construction fraud?

In the slow economic period companies had at least become more stringent; focussing on costs and a fewer number of projects or transactions. As economic activity increases, applying this level of diligence will be more difficult and arguably less of a priority. When companies are making big money, it seems likely that fraudsters are too.

How do you get to the trillion dollar figure?

The report estimates that fraud could account for between 5% and 10% of revenues in the construction industry. If recent estimates that the global construction industry is worth $8.6 trillion now, rising to $15 trillion by 2025 are correct… then fraud and corruption in the sector could be costing businesses globally almost $1trillion now rising to $1.5 trillion by 2025 if the relevant action is not taken.