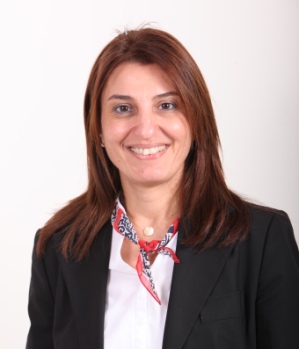 WHEN I introduce myself as a psychologist, people often turn around with a smile and say: “so it means you now know who we are, what we think and what our intimate desires are!” Honestly, I wish I could have this gift!

Yet, when I decided to pursue my studies in Occupational Psychology, and completely changed career as an economist to a coach/consultant, my only desire was to help people understand who they really are, what they really think, and to identify their goals in terms of career and self-achievement, in order for them to break down all the barriers that hinder their personal and professional development.

However, I am not a psychic. I needed to learn and master a variety of tools that allow me to bring the best out of people by creating individual or group self-awareness, generating the drive to change, initiating a promise to develop, and establishing the means to attain personal and/or group goals.

As with any craft, it takes time to learn to use the tools of the profession properly and skillfully. In this article I will focus on one of the most controversial tools I use, namely Psychometric Assessments, specifically the tests that measure individuals’ work competencies and personality traits.

It is incredible to see the dramatic increase in the number of these tests available in the market. You can just go on the computer, Google: “free Psychometric assessment” and you get over 2 million results. Does this mean that an individual’s knowledge, skills, attitude and personality are so easily measured? Is it possible to draw accurate conclusions about who you really are by simply downloading one of the 2 million assessment weblinks?

Absolutely not! In fact, it is much more complicated than that. A Psychometric Test needs to be administered by experienced professionals who ensure implementation of best practice guidelines by test users, and who are able to understand and interpret the raw results to fit a specific organisational context.

Over the years, the British Psychology Society has found it necessary to create a code of conduct / user’s guide for Psychological Testing. It became imperative to ensure that test users are competent, using technically sound tests and these are administered and applied ethically.

There are two main aspects here. The first elements to look for in a Psychological Test are reliability and validity. The second aspect is the role of the professional using the tests to properly validate the results.  A well trained user will have the knowledge and skills needed to understand the information in the test manual, and to know what important information is missing so to be able to interpret it accordingly. Let us look at these two components more closely:

As a rule of thumb, a test is reliable when the reliability coefficients are between .70 and .90, and according to Cronbach (an American Psychologist) who was asked: “what is a good validity coefficient?” the only sensible answer he had was: “the best you can get”.

In testing theory, it is assumed that reliability is necessary for validity but does not guarantee it. However, in practice, when we deal with psychological traits such as ‘Extraversion’ for example, a result may be valid however, the reliability might change over time because the degree in  which we use our Extraversion (interacting with lots of people, networking, working in teams..) can fluctuate depending on many factors (work context or pressure , personal trauma…).

One of my clients, who completed a series of Psychometric Tests, together with a one-on-one coaching validation session, emerged as a clear strategic thinker and a visionary.

He tells the following story.

Six years ago, the company he was working for decided to put him through a reliable and valid Psychometric Test to decide whether he was capable to run a new division that required a visionary and strategic person. Not only was the test wrongly applied for recruitment purposes but also, nobody took him through the process of validating the results to make sure that he was in actuality not a strategic person.

Consequently, he was not selected for the position. Since then, he left that company and was recruited elsewhere, proving to be a natural strategic decision maker, and has led a very successful and satisfactory work life.

Another episode was of that of a marketing director, who was recruited for being apparently highly Extraverted (according to her Psychometric results), and who for seven years had succeeded beyond expectations. However, when she asked me for a one on one coaching session recently, she was drained and tired, and needed to understand herself to refocus on her future career objectives.

She discovered during our session that actually she is an Introverted personality who was constantly acting as an Extraverted type. This discovery liberated her, and she wrote to me: “I might never change my role as a marketing director, but I surely know now how I need to manage my life accordingly in order to reach a healthy balanced life. Thank you.”

I can continue on drawing many stories about so many candidates that have been selected for major appointments according to their Psychometric Test scores, and yet these selections have been proved fundamentally wrong over time.

So, valid and reliable test are not enough to make sound conclusions about individual competencies for roles in organisations. In fact, proper Psychometric Testing involves evaluating a person’s psychological attributes in far more in depth.

As a tool, Psychometric Testing has some shortcomings that can limit its effectiveness, and only experienced psychologists, trained in the interpretation of tests and human behaviors, are capable of correctly interpreting and validating the results.

Psychologists’ role during the validation: 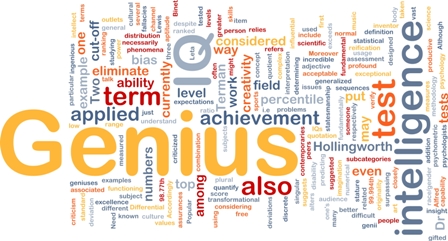 Psychometric Tests do play an important role to help management and human resources professionals to make informed decisions about career planning and succession decisions for their organisations.

The second component for effective and ethical use of testing tools is the responsibility of skilled professionals working under approved guidelines to validate the raw test results. Here are the key elements:

ii) Check the truth in the “labeling”: The results of Psychometric assessments usually label a person; he/she will emerge as “Extroverted” for example. However, in reality he/she might act as both Extravert and Introvert depending on the context. The interpretation of human behaviour is subjective by virtue of its nature and only an experienced psychologist may extract the difference between being, preferring and acting.

iii) Examine the unasked questions: Test takers are often forced to select an answer even though none of the choices offered completely applies to their personality. Psychometric Tests don’t take into account the complexity of each individual’s mind and therefore the results don’t always offer complete accuracy.

iv) Check the understanding: When a test is administered in a language other than the user’s native language, it is difficult to assess whether or not individuals have misinterpreted certain questions and or have answered them incorrectly.

v) Use the results to fit a specific context:  In order to set the context and properly evaluate the Psychometric results, key information needs to be understood:

For example, I have seen some organisations promoting innovation, team work and ethical behaviour; whilst others were concerned about hierarchy and ensuring processes and procedures are well in place. What is then an apparent strength in one context becomes a weakness in another environment.

The purpose of this article is to highlight that Psychometric Tests do play an important role to help management and human resources professionals to make informed decisions about career planning and succession decisions for their organisations.

However, these tests should not be used in isolation, and it is vital that the raw results are validated alongside other measures and tools. The misapplication of these tests has been shown to have dramatic consequences for individuals and organisations in terms of wasting time, talent and money. Think again of the CEO who left the company, because of a flawed process using Psychometric Tests.

Only skilled and experienced professionals who are aware of, and most importantly, rigorously follow approved best practice guidelines can make proper judgments on the raw Psychometric Test results.

Like all of us who appreciate the skilled use of tools by a craftsman, let’s make sure that Psychometric Tools are used properly, in context, and not just downloaded as a tick-box from the internet to save costs in the short-term.  In this way, organizations will improve productivity, staff retention and make wise decisions about the management of their key staff resources in the future.

* Rita Aoun Rizk is a qualified occupational psychologist with a passion to improve human capital performance and well-being at work. As a Managing Partner of Tamayyaz, she and her team have developed a range of tailored programmes targeted at the development of nationals as future leaders. Her educational background and extensive experience in the region has allowed her to help people achieve and sustain real behavioural change.