Challenges of Emiratisation in accounting

As the government steps up efforts to have local nationals join the professional ranks in various sectors, the finance and accountancy industry seems to be unattractive option for many… 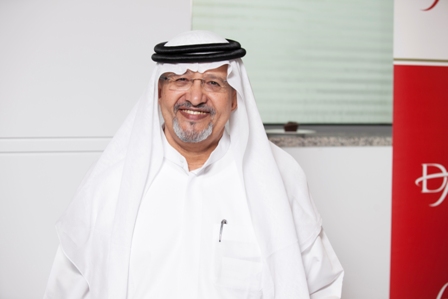 PROUD ACCOUNTANT:
Ahmed Al Maqtari, a successful Emirati accountant running his own company and advisory practice, senses a level of discrimination within the profession against Emiratis. He says none of his five sons are interested in following in his footsteps.

ALL OVER the world, qualified accountants make up a large percentage of CEOs and CFOs in organisations.

In the UAE the profession does not appear to have that same profile. The country is facing a serious problem with not enough Emiratis currently in the pipeline training to become future leaders in accounting.

In a recent panel discussion organised by the Institute of Chartered Accountants in England and Wales (ICAEW) and the Dubai Financial Services Authority (DFSA) the challenges of attracting young nationals to the industry was adequately addressed.

Good monthly salaries
Khaled Al Zaabi, a successful young Emirati, explained that he studied accounting in the US, but when he came back the UAE he was shocked to learn that salaries in accounting firms, at entry level, were half of what had been offered to him in the US. At that point, he decided to give up on his plans of joining a ‘Big 4’ audit company, and instead joined the Internal Audit Department at Dubai Holding.

He also mentioned that “when you see your siblings and your cousins taking home good monthly salaries and experiencing a great work-life balance, it is difficult to explain why you would want to pursue a profession where you will be expected to work long hours for very little money and study hard for many years.”

Ahmed al Maqtari, a very successful Emirati accountant running his own company and advisory practice, senses a level of discrimination within the profession against Emiratis. He explained that none of his five sons are interested in following in his footsteps.

A numbers game
According to Peter Beynon, ICAEW Middle East Director, “the issues with Emiratisation are in large part a numbers game.”
Beynon explained that there are around 225,000 Emiratis currently in the workforce in the UAE.

“With around 90% of these working for the government, that leaves a relatively small pool for the private sector. Since banks have a 40% Emiratisation quota, they offer very attractive packages and conditions to ensure they can meet that quota. This leaves a rarified few nationals able and willing to join the profession,” said Peter.

The director suggested that a change in government policy would assist in addressing the issues.

Another issue discussed, which I face frequently as a teacher, is the lack of profile of the profession in the region. Students and their parents often are unaware of the fantastic long-term opportunities the profession offers. This is due to a variety of reasons.

Lack of awareness
Firstly, there is a lack of awareness of the importance of what a qualified accountant means. Often bookkeepers and accounting technicians are confused with the qualified accountants who are involved in strategic business decisions rather than merely matching debits and credits. This is in part due to the overall lack of importance given to financial reporting, as well as a misunderstanding of what it means to be professionally qualified.

Secondly, the profession remains a stranger to Emirati families. Audit firms do not generally advertise, and with the lack of nationals in the profession there is a dearth of role models.

There currently are three accounting professions prevalent in the UAE, the two British qualifications from the ICAEW and the ACCA, as well as the CPA from the USA. There is no clear UAE identity for the profession, and perhaps a local qualification could bring the profession within the comfort zone of more nationals.

However, as Peter Beynon pointed out: “the international language of business is English, and it may not be unreasonable of professionals to be expected to be able to sit exams in English.”

Overcoming language barrier
Durdana Rizvi from DSR Training echoed the same sentiments: “Despite the hard work they put in, my Emirati students are at a huge disadvantage due to language and have to work twice as hard as any native English speaker. Accounting bodies should take ESL students (English as a Second Language) into account when expanding globally.”

For the long-term economic viability of the UAE, having a strong profession is critical. Young Emiratis need to be prepared and groomed now to take the lead in future. How can this be accomplished?

In my opinion, very little will happen unless all stakeholders work together and bold steps are taken.

Firstly, let’s consider the accounting firms. Edward Quinlan, one of the regions’ most respected accountants has bold views: “Audit firms need to match the packages paid by other private companies like banks and oil & gas companies. If we triple salaries, we not only are more likely to attract talent, we also make a statement of our long-term strategic commitment to the country.”

Case for governmental action
Anis Sadek, Managing Partner from Deloitte & Touche recognises that the profession can do more, for instance through raising awareness already at secondary school level, as well as creating even closer links with universities.

“So the audit company’s task would be to increase salaries drastically, as well as reflect on the work-life balance a career offers. With these two issues tackled, motivated young people will in future be able to stand tall in front of their peers when working in the profession,” he said.

Secondly, government involvement. Al Maqtari made a strong case for governmental action. He proposed that government may consider recognising Emirati accounting trainees as students, and hence providing financial support. Awareness within government and society in general need to be raised about the importance of professional qualifications.

Thirdly, the accounting bodies need to lead. The ICAEW has been running its Emiratisation Scholarship Scheme successfully for the last few years, but more can be done. Currently accounting firms tend to focus on accounting and finance graduates – but for example in the UK many top accountants studied for instance engineering, mathematics or history at University.

Encouraging firms to open their minds to similar set-ups would increase the pool of available talent.

Fourthly, schools and universities need to play their part in educating and preparing students to understand the benefits of our great profession, as well as being academically and mentally equipped for its challenges.

Fifthly, and most importantly, young Emiratis need to be ready to take a long-term view. A strong country will depend on a strong economy. It is critical that future leaders have excellent finance and accounting skills, and for those who are ready to take the challenge, surely a great future lies ahead.

* By Jeannette Vinke – Senior Lecturer in Finance and Accounting at the American University of Sharjah and a member of the ICAEW’s Middle Eastern advisory Board. The above is her own opinion and may not reflect the views of either AUS or the ICAEW.