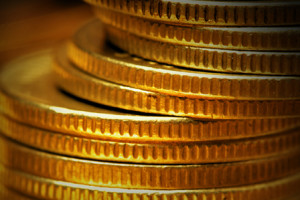 Bitcoins may revolutionize the currency scene of the country… if you wait a bit, says Associate Editor Zenifer Khaleel

In a bid to ease financial transactions worldwide, the Bitcoin was introduced in 2009 by Satoshi Nakamoto. This digital, decentralized currency relies on peer-to-peer networking and cryptography to maintain its integrity. It can be purchased in exchange for real money from online traders.

Its proponents argue that Bitcoin has many properties that could make it an ideal currency for mainstream consumers and merchants. It has high liquidity which in turn leads to low transaction costs and quick payments across the internet. The USP of the Bitcoin is that is a cheaper alternative for money transfer as compared to conventional money exchange concepts. Retailers are charged up to 3% for Bitcoin exchange while money transferors can levy fees as high as 9%

Another distinguishing feature is the ease of transactions. You can send bitcoin from your computer, tablet, smart phone (or any other device) to any part of the world, be it day or night

Bitcoin is based on technology that, by its very nature, is designed to surpass the geographic reach of banks and customers. On the flipside, the speed and anonymity with which transactions can be done could make Bitcoin more susceptible to nefarious activities. It can also increase the occurrence of system crashes leading to defective transactions.

The concept still has to catch on in the Gulf region and the UAE in particular. Majority of remitters here are from India, Pakistan and Bangladesh, who belong to the blue collar category. They prefer to send money physically at exchange houses rather than online. This is because they are not adept with the technology of online transactions and the cryptography concept involved. 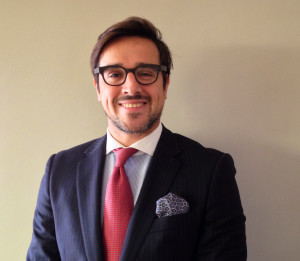 Almer Agmyren, Managing Director of Rex Real Estate and an MSc graduate in Economics, feels that the Bitcoin will find a foothold in the region only when the ‘critical mass’ has been attained.

“The expression ‘critical mass’ pertains to the amount of users of the system that makes other potential users feel secure about the Bitcoin currency and thereby begin to use it. “ he explains.

“My informed guess is that will be quite soon. The main advantages of the Bitcoin are lesser costs and the speed with which transactions can be conducted. As internet is omnipresent and the technological knowhow is advancing by the day in this region, it won’t be long before it becomes a normal and accepted medium of transaction” he adds 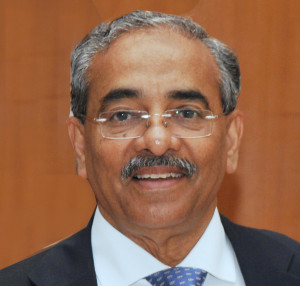 On the contrary, K.V Shamsudheen, Director of Barjeel Geojit Securities LLC is of the opinion that this digital currency revolution will take some time coming “The Bitcoin will create an impact only when it has support of a regulatory authority at the central level. As of now, no central bank is ready to regulate digital currency. Present fluctuation of the Bitcoin is up to 25%. This poses a big risk to get wide acceptance. So it will take long time for the concept to be accepted in this part of the world.”

Accounting for the bit

With no banks, cash or cards involved, managing bitcoin transactions is a personal affair. The transactions are validated through fully transparent accounting ledger software and secured by rigorous computational work by network peers. This means you have complete control over your own Bitcoins without having to undergo transaction processes or incur fees for different services.

Likewise, the supply and distribution rate of Bitsoins is predetermined and limited. It is nearly impossible to print fake Bitcoins and place them in circulation as it has a unique encryption code for each user. Bitcoin is also a fully transparent and yet anonymous payment system. Every single transaction from the beginning is publicly available for viewing, with balances of each account. However, you don’t need to associate your name with your Bitcoins the way you do with a bank account or credit card.

Now we come to the integral premise: How will the accounting department record this digital ‘avatar’?  Ideally, the company’s accounting department would create an internal company coin. This coin would be convertible to Bitcoin or whichever Crypto currency is prevalent, but would only be used internally. They would then distribute this coin according to the annual budget. Once the books are closed for the fiscal year, all coins would have to be converted to Bitcoin to mark to market for the last time, and that coin would be closed. Then the cycle begins again.

On the other hand, there are risks and complications associated with this accounting process. Invariably, companies aren’t going to have the technology to create their own coin. They also can’t do their own mining, since this removes the operational credibility. Additionally, this method also leaks information that the company might not want to share.

Finally there’s the sheer complexity of it all. Qualified accountants who are well abreast with the concept of cryptography and digital currency have to be employed for the process.

A bit of redemption

The biggest dent in the rise of the Bitcoin is the lack of a regulating authority or a governing body to control its operations. Recent scandals and few disruptions in exchange process are the other obstacles in its popularity. Under current circumstances, the heavy fluctuation and unstable condition visible now, poses a difficult situation to maintain accounts on digital currency. In its recent guidelines, the IRS has compared the Bitcoin to stock, bond, or piece of real estate whose value fluctuates over time and implied that is should be would be subject to a capital gains tax when sold.

Fortunately, volatility does not affect the main benefits of Bitcoin as a payment system to transfer money from point A to point B. It is possible for businesses to convert bitcoin payments to their local currency instantly, allowing them to profit from the advantages of Bitcoin without being subjected to price fluctuations. With such solutions and incentives, it is possible that Bitcoin will mature and develop to a degree where price volatility will become limited.

Bitcoin is a quick and secure way of exchanging value between two parties which could survive long into the future. It is secure by itself, but it is currently unregulated — and thus worrying to the investor. The service a bitcoin provides in terms of ease of transaction and accountability is far greater than the problems surrounding it. As virtual cash, it is a useful and secure system and hopefully in the future it can garner the attention of financial institutions and governments to make it more reliable and safe for every user.

Demand dictates which technological innovations succeed and which fail, and this is certainly the case for the Bitcoin currency. There would have to be a secure and stable payment system in place with the Central Bank to enable the Bitcoin system to prevail in the country. As we are witnessing a generation which thrives on every amenity in the digital form, it wouldn’t be long before the Bitcoin becomes part of our daily monetary transaction norms.