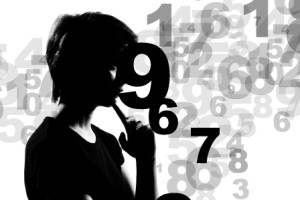 What are the psychological factors that can twist or contort the decision maing skills of hardened numbers experts? The emotional factors that can endanger the work of even pre-eminent management accountant? Zenifer Khaleel explains the new science of Behavioural Finance

In the sphere of business, financial accountants are considered to be prudent, flawless and meticulous in the decisions they take. They are conferred the role of ‘wealth maximisers’ within the enterprise.

Unfortunately, as human beings, they are susceptible to emotional and psychological influences, which make them take irrational decisions at times. This is where the importance of beahvioral finance steps in. It is a relatively new field that seeks to combine behavioral and cognitive psychological theory with conventional economics to provide explanations for why people make financial decisions which incur losses or even a whole lot of bad press. Top management believes that most accounting personnel behave in a rational and predictable manner, under any financial situation. However, this assumption doesn’t reflect how they actually operate their decisions in the real world.

In their famous book on the subject, reputed US economists Sendhil Mullianathan and Richard Thaler have described the concept of Behavioral Economics as “the combination of psychology and economics that investigates what happens in markets in which some of the agents display human limitations and complications.”

“Financial markets have greater arbitrage opportunities than other markets, so behavioral factors might be thought to be less important here, but we show that even here the limits of arbitrage create anomalies that the psychology of decision making helps explain.” they add further.

Behavioral biases fall into two broad categories, cognitive and emotional, though both yield irrational decisions. As cognitive biases stem from faulty reasoning, better information and advice can often correct them. Conversely, emotional biases originate from impulsive feelings or intuition and they are difficult to correct. Pioneers in the field of behavioral finance have identified a few key areas where accountants seem to make their biggest mistakes.

The concept of anchoring which draws on the tendency to attach our thoughts to a reference point – even though it may have no logical relevance to the decision at hand.
Anchoring is fairly prevalent in situations where concepts are new. For avoiding anchoring, there’s no substitute other than rigorous critical thinking. Successful investors don’t just base their decisions on one or two benchmarks, they evaluate each company from a variety of perspectives in order to derive the truest picture of the investment landscape.

Herd behaviour is the tendency for individuals to mimic the actions of a larger group. Individually, most people would not necessarily make the same choice. The common rationale is that it’s unlikely that such a large group could be wrong. After all, even if you are convinced that a particular idea or course or action is irrational or incorrect, you might still follow the herd, believing they know something that you don’t. This is especially prevalent in situations in which an individual has very little experience.

Overconfident investors/traders tend to believe they are better than others at choosing the best stocks and best times to enter/exit a position. Unfortunately, traders that conduct the most trades tend, on average, to receive significantly lower yields than the rest of the market.

Conditioned thinking is when an individual erroneously believes that the onset of a certain random event is less likely to happen following a decision. This line of thinking is incorrect because past events do not change the probability that certain unpredictable events will occur in the future, under the same set of factors.

Often, participants in the stock market predictably overreact to new information, creating a larger-than-appropriate effect on a security’s price. Furthermore, it also appears that this price surge is not a permanent trend – although the price change is usually sudden and sizable, the surge erodes over time.

In investing, the confirmation bais suggests that an investor would be more likely to look for information that supports his or her original idea about an investment rather than seek out information that contradicts it. As a result, this bias can often result in faulty decision making because one-sided information tends to skew an investor’s frame of reference, leaving them with an incomplete picture of the situation.

Traditional economics believes that the net effect of the gains and losses involved with each choice are combined to present an overall evaluation of whether a choice is desirable. However, according to the prospect theory we don’t actually process information in such a rational way. Losses have a bigger impact on emotions than a similar amount of gains. So people tend to react more to losses

Apart from these factors, there are also socio-cultural, communal, sectarian and even religious and political elements that influence the decision making process of an economist. Most people are willing to invest in ventures or prospects which they ‘trust’ to be a part of their own identity. The feel good factor of familiarity is a big determinant in their finance judgment.

Critics have pointed out that behavioral economics is not a unified theory, but instead a collection of tools or ideas based on observation of basic human tendencies. Standard economic models do not derive much predictive power from the single tool of utility-maximization. Precision comes from breaking down the utility into smaller bits and analyzing each and every segment with a clear analytical mind.

The underlying question here is whether the implicit psychology in economics is ultimately good or bad.  Behavioral economics is not meant to be a separate approach from main stream economics, in the long run. It should be more like a school of thought or a style of modeling, which will gradually replace simplified models based on stricter rationality. Behavioral models prove to be tractable and useful in explaining anomalies and making surprising predictions. Then strict rationality assumptions now considered indispensable in economics, are treated as useful special cases which help to illustrate points grounded in well established theory.