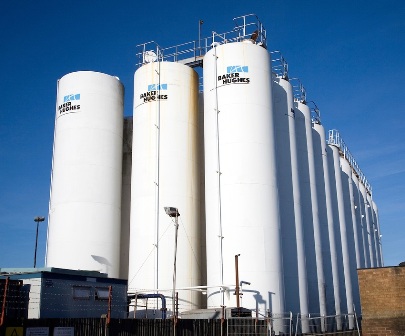 FINANCIAL MAKEOVER: Today Baker Hughes is a different ― and much stronger ― company, with a leaner, centralised financial organisation that has saved the company tens of millions of dollars a year.

The impact of these factors on the business was substantial. Internal controls depended on each division’s separate audit group. Closing the books was very difficult, because the processes varied dramatically across the 80 countries in which Baker Hughes did business at the time. Data management lacked a consistent approach. Cost synergies were being forfeited, and finance couldn’t function effectively as a strategic partner to the business.

Today Baker Hughes is a different ― and much stronger ― company, with a leaner, centralised financial organisation that has saved the company tens of millions of dollars a year; helped contribute to revenues of more than $21 billion in 2012; and is expected to attain second-quartile Hackett status by the end of 2013. The transformation marks the culmination of an arduous but rewarding journey.

In the adversity of 2008, the Baker Hughes leadership team saw a strong business case for change. The company launched an initiative called ‘One Baker Hughes’, which was designed to combine the seven former divisions to present a single face to customers and to allow the company to operate much more efficiently. The first step for finance was a 36-month journey to transform the global finance function. The transformation programme had four objectives.

The initial step of the transformation was to determine how to more efficiently execute the routine, rules-based, recurring activities common to every business: back-office payables, receivables, and general-ledger transaction processing. The company ultimately decided to extract those activities from its internal shared services locations and multiple country locations, and to consolidate them into four finance delivery centers operated by a service provider.

Following the outsouricng, the company faced a second key question: What to do with what remained of the finance function? To determine the answer, the company conducted a comprehensive 10-week assessment with Accenture to establish a finance transformation strategy and a supporting roadmap to mobilise the change. That assessment revealed that Baker Hughes would be best served by completely dismantling the existing structure and reorganising finance into three new pillars.

Tremendous effort was involved in developing the first pillar, Enterprise Finance Organisation, or EFO, which consolidated the accounting, reporting, and compliance activities dispersed across multiple countries. To promote efficiency and consistency among these groups, a new EFO operating model was created, based on standardised organisation structure, roles and responsibilities, processes, and IT platform. The standardised operations were established in 34 global locations over the course of one year.

The company also created a Financial Planning and Analysis (FP&A) group to align with the business structure shift from seven autonomous business units to 22 geomarkets. Deployed across these geomarkets, the FP&A professionals focus on making more meaningful contributions to the company’s business decisions through analytics and planning.

The only vestige of the old finance operations that are still present in the countries where Baker Hughes operates are Country Accounting Centres, which employ very small staffs focused strictly on country statutory and regulatory activities.

Three years after it was initiated, Baker Hughes’s Finance transformation is bearing fruit. The company has moved the needle significantly in finance function efficiency and effectiveness. The restructuring has generated more than $50 million annually in labour cost savings alone. By the end of 2013, Baker Hughes expects it will have moved into Hackett’s second quartile in operating costs. Furthermore, five days have been shaved from book closing—from 12 to seven—and a five-day, paperless close is expected soon.

The new structure based on common processes and technologies has resulted in consistency of P&Ls and reports across the enterprise, which didn’t exist prior to the transformation. This consistency enables finance and business leaders to easily compare geomarkets’ financial results and gain a clear and accurate picture of the financial health of the larger organisation.

Audits are now easier, quicker, and less expensive, with auditors able to concentrate on the six EFO Regional Accounting Centres rather than having to globetrot across multiple locations. The RAC standardised operations and robust controls have resulted in a sharp decline in the number of control issues identified during audits.

Finally, by shifting to more specialised and well defined finance function roles and building a stronger foundation for the accounting, reporting, and compliance activities, finance in Baker Hughes now has the time and resources to focus on boosting profitability.

Perhaps the greatest testament to the strength of the new finance operating model was the way in which Baker Hughes handled the integration of BJ Services, which it acquired in 2010, in the midst of implementing the finance transformation.

Well positioned for the future

The challenges Baker Hughes faced several years ago ran deep and broad, but also gave the company’s leaders a compelling reason to change.

The ‘One Baker Hughes’ initiative, of which Finance transformation was a major component, has helped the company overcome those challenges. In particular, with a new structure, common processes and systems, and tightly defined roles and responsibilities, the Finance function has emerged as more efficient, more effective, and a strong partner to the business. Finance is now positioned to help Baker Hughes sustain its changes and positive momentum well into the future.