The art of due diligence

Application of  ‘the Discreet Science’ has become a commonplace service in major transactions and disputes. Charles Robson highlights crucial concerns in the process of intelligence and investigative consultancy in frontier markets. 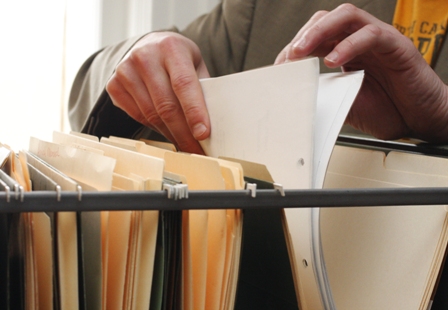 Once shrouded in mystique, clients are becoming increasingly aware of how the process of due diligence works.

OVER THE past ten years, the commercial intelligence industry has changed significantly. From once being regarded as the eccentric, somewhat spooky uncle of the consultancy world, intelligence and investigative consultancies are now often part of the mainstream line-up of advisors deployed in major transactions and disputes.

One of the typical services the industry provides is due diligence, complementing legal and financial due diligences handled by lawyers and accountants. The fact that it has become a commonplace service has meant increasing standardisation, but also a huge range in the quality and substance of what is delivered.

Once shrouded in mystique, clients are becoming increasingly aware of how the process works, and mindful of how this range depends on i) the type of information sources used, and ii) the quality and experience of the investigators.

The key differentiator is whether a due diligence is based on public record information only, or whether it is combined with human sources. On the basic end of the scale, compliance departments are often satisfied with only a public record exercise, to ensure that the minimum standards of regulatory compliance are met. Clients who are more cautious, and willing to spend more time and resources, want discreet human source enquiries too – particularly when venturing far from home.

Clearly, this increases the likelihood of a more thorough product and some firms, K2 Intelligence included, rarely conduct only public record investigations, particularly in challenging areas like Sub-Saharan Africa and the Former Soviet Union, as public records can be scarce and unreliable.

But even public record investigations can vary dramatically in quality depending on the experience and mindset of the investigator, their ability to identify anomalies, and the crucial combination of discipline and imagination.

Making investments or engaging with new business partners in one’s home market may be risky but the level of risk increases exponentially when doing business in emerging markets and in opaque jurisdictions.

Recognising that due diligence is not simply about what is in the data room, the audited accounts or sleek business plans, increasingly sovereign wealth funds, hedge funds, private equity houses and public and private businesses are turning to business intelligence firms like K2 Intelligence to gain additional insights into target companies and prospective business partners.

K2 Intelligence specialises in performing investigations and gathering intelligence in frontier markets – precisely the markets where commonly used compliance databases are all too often found wanting. In these jurisdictions, online public records are scarce and usually incomplete, and a successful investigation involves a circular process of working with sources in country, and analysing available documentation, to obtain as subtle and informative picture as possible.

Jules Kroll invented the business intelligence and investigations sector in 1972, and then co-founded K2 Intelligence four years ago to take the profession back to its investigative roots. He likes to call what we do ‘The Discreet Science’. We thought it would be useful to look inside the lab at the checklist of some of the key questions we address when applying the Discreet Science to frontier markets:

Who is in control?

Simply requesting a share register of the prospective business partner is unlikely to be sufficient. The shareholders may be nominees or a proxy for those that wield the real power. In our engagements, we have uncovered some unpleasant surprises for our clients. We have seen the military, shadowy relatives, organised crime syndicates, and even the brother of the president behind a commercial partnership.

Do they have the required permits? 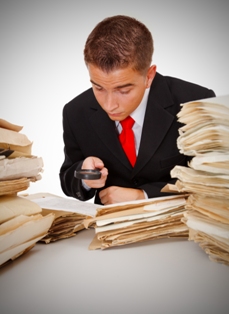 It is important to look carefully at licences and permits and establish how they were obtained. This should be done by developing a full paper trail locally to increase your chances of discovering whether the one you have seen is not simply a scan of a forgery.

Expensive and time-consuming disputes can be avoided if licences are confirmed at source. We have seen many examples of fake licenses and company documents that result in wasted resources and exposure, as well as exposure to allegations of fraud and corruption.

When gathering intelligence with human sources (as opposed to open source public record and internet, media and database checking), we typically consult with independent referees such as former employees, local industry specialists, business partners, litigants and competitors) – and certainly not only those provided by the counterparty.

In one recent case, a Western consumer goods company had advertised for local agents through an online selection and vetting process. The client had reviewed documentation and called referees provided by the prospective agents before awarding agency agreements. Some months later, we were asked to investigate some missing stock and, during this investigation, we discovered that the client was linked to the local mafia through the agent it had recently appointed through the online vetting procedure. As well as being defrauded, the client was now potentially complicit in funding illegal activities.

Gauging the modus operandi of a prospective partner in a frontier market can be a significant challenge. Bribing might keep them in situ for a while, but that can quickly become your problem.

Under national anti-bribery and corruption legislation, such as the US Foreign and Corrupt Practices Act (‘FCPA’) and the UK Bribery Act, your organisation and even some Directors and employees can be held accountable for the business practices of agents or business partners when performed in connection with your business. Try and establish through enquiry with local industry experts, ex-employees and competitors whether your prospective business partner or acquisition target has a reputation for paying bribes or facilitation payments.

One client who wished to acquire a company in an emerging market ended up discounting the revenue of a target by around 50% as it projected that this revenue would be lost once if the practice of paying bribes to win contracts ceased. After which, perhaps not surprisingly, the acquisition no longer seemed so attractive.

Spend time on the ground

Proactive local engagement has a significant positive impact and personal relationships are essential. Ensure that your advisers do the same; don’t let them remote control projects from your home country, London or New York.  Local interaction equals better results.

What’s the history of the business?

Check typical contract sizes. It is unlikely any entrepreneurially spirited company is going to admit it doesn’t have the scale or contacts you require. Similarly if the entity was only incorporated a few months ago, you are likely to have grounds for concern. We’ve had numerous examples of clients spending months extricating themselves from a joint venture that, had they looked deeper into typical volumes handled, they should never have signed.

Do we have sufficient competitor intelligence?

Familiarise yourself with the competition. Who is the market leader and why? In most of the competitor intelligence projects K2 Intelligence undertakes, the client wants to understand how a competitor is outperforming it and if it is doing so illegally. The answer is usually ‘No’ – the competitor is more efficient, its sales force may be stronger or it has a product or service that is perceived to be superior.

In certain emerging markets there can be a tendency to improve competitiveness through improper relationships with public officials. It is critical to understand when this is the case.

What happens when a dispute arises?

If you have a dispute – assess the chances of success, or at least the prospects of an elegant exit.

Litigation in familiar circumstances is an expensive and a calculated bet. In unfamiliar territories with a weaker rule of law it is always worth assessing the realistic likelihood of success and of recovery. K2 has clients who, five years after a judgement, are still battling to get paid.

Legal success is only possible with a thorough understanding of local practice. In one recent case one of our clients wished to protect a critical operating asset from a legal challenge made by an emerging market competitor. The legal and investigative strategy was to demonstrate that the rival company was in fact the private vehicle of a corrupt government minister. We helped untangle the complex corporate structures used to disguise the origins of the laundered money that had been invested in the target company. Using this information, we encouraged investigative bodies in several western jurisdictions to open their own criminal investigations.   As a result, our client now owns the asset – unencumbered.

Check the management team. What other deals have they been involved in over time? Have any of their prior businesses gone awry? Is there a past pattern of fraud or corruption involving them or the companies they’ve worked for? This critical step can be challenging due either to the presence of inaccurate information, or to the absence of any public records.

Working for a hedge fund to provide an independent account of the share price growth, track record and integrity of its management team, we conducted an investigation into an emerging market technology company.

Our approach focused on investigating the source of growth, speaking to more than 20 industry experts, ex-employees, and suggested business partners. We visited sites of announced plant expansion, confirmation of track record and industry reputation of the CEO. We established that the projects were embellished and fictitious.

Be continuously thoughtful about regime stability. Cancelled contracts and expropriation are less common today than in the past, but they still happen. What are the likely changes in government policy and legislation – either of which might radically affect the attractiveness of doing business in your target market.