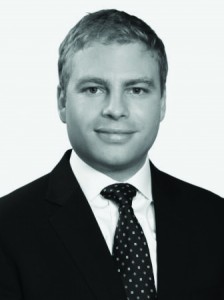 WITH A rise in growth and productivity signalling the potential return to pre-recessionary levels, it isn’t surprising that Dubai finance professionals are working harder than ever.

According to a survey by the world’s leading specialist finance and accounting recruitment firm Robert Half, nearly nine in 10 (89%) of employees in Dubai work longer than their contract require them to. This means that only one in 10 Dubai finance and accounting professionals leaves work on time each and every day.

The global survey conducted among 2,179 Chief Financial Officers (CFOs) and Finance Directors asked them how often their employees worked longer than their contracted hours. The survey included finance leaders in Dubai across a range of industries.

With 89% working longer hours than contracted, Dubai employees appear to be at the office more than their counterparts in Italy (82%), Austria (83%) and France (84%). However, not surprisingly, Asia’s reputation for working hard remains intact with 98% of workers in Hong Kong and Singapore working longer than their contracted hours, compared with 91% of employees globally.

When comparing those who work overtime every day, Dubai’s 24% is seven points higher than the global average. The country with the highest proportion of employees working overtime daily is Hong Kong, where 42% of accounting and finance personnel stay long after the clock has signalled game over.

75 Dubai-based HRDs were asked ‘How often do your employees work longer than their contracted hours?’ Their responses:

James Sayer, director, Robert Half Middle East said: “It’s no secret that Dubai’s finance and accounting professionals are putting in long hours, with initiatives ranging from corporate governance and regulation through business partnering functions and month-end responsibilities. As a result, 84% of accountants are working overtime one or more times a week. In fact, two in three (64%) finance executives say that managing workloads is the top reason why they need to hire additional permanent staff.”

“Employers need to ensure that their workers strike the right balance between work and play. Ninety-five per cent of finance leaders say that an employee’s ability to manage work and personal obligations positively affect his or her job performance, resulting in a more productive as well as happier workplace. This in turn also helps with retention efforts, a primary concern for the majority of managers,” Sayer added.