“Don’t try too hard to be one of the boys,” Deloitte’s audit partner Cynthia Corby, advices women in finance and accounting careers… 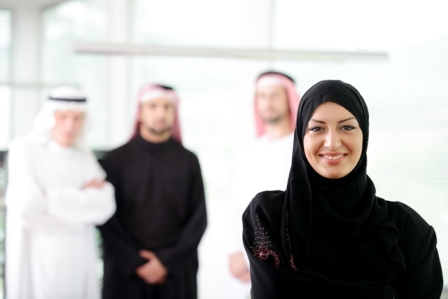 Rise in the non-traditional families: Women have started to actively contribute to household income.

I HAVE deliberately chosen the statement ‘Don’t try too hard to be one of the boys’, as it represents a key message in a recent Deloitte Survey of 15 Global Female Chief Financial Officers (CFO) conducted in January 2012 titled ‘The journey to CFO – perspectives from women leaders.’

The report continues to say: “Instead, develop confidence and strength to survive in a male dominated environment.”

These recommendations are supported by findings of many reports and research.

Based on a study done by the World Economic Forum in 2009, women represent 40% to 50% of the global workforce in the developed world. Despite this, women today still struggle to make it into the boardroom. Why is this?

Though attitudes vary from country to country and industry to industry, women continue to be under-represented in senior executive positions and in the boardroom.

Results from a study conducted by Deloitte called “The Gender Dividend: making the business case for investing in Women”, highlight that corporations should consider investing in women due to the changing workforce environment.

The following reasons are cited in favor of investing in women at the corporate level:

Statistics from the world economic forum have proven that there is a large percentage of women enrolling into colleges for higher education. Education is empowerment….but then what?

The UAE has seen a large percentage of women going to college for higher education averaging a rate of 65%, followed by 61% in Canada, and 58% in both the USA and United Kingdom. The numbers are promising; however, the challenge lies in attracting these women to the workplace and enabling them to grow and advance at a rate equivalent to that of their male counterparts.

The battle of female talent

It is this disparity and slow pace of change that has led countries to debate imposing mandatory quotas for women in upper management and many private companies worldwide to adopt such measures.

Lord Mervyn Davies stated in his report titled, ‘Women on Boards’, dated February 2011; that in the UK, at the current rate of change, it would take roughly 70 years to bring about change and achieve gender equality in UK’s top 100 companies.

At present, the gender disparity on average stands at 87.5% men and 12.5% women. This translates into the next generation also having to deal with gender inequality in boardrooms during their working life span… A sad reality? Or else a wakeup call to actively change this?

Studies show that companies with women leaders perform better. This occurs because women are not only workers but also significant consumers. In fact, women make 80% of consumer decisions and have different buying patterns from men, spending more money on food, education, and savings products, for example. As such, women can add a lot of value in the boardroom when driving strategy since effectively, they are the target consumer!

The question remains then – why have women not progressed at the same rate as men?

Women have the same career aspirations and ambitions as men but they still believe in the myth of meritocracy. Men are much better at creating the right personal connections and asking for sponsors which they strongly correlate to their positive career advancement. Conversely, women don’t ask for sponsorship and believe they will be recognised solely on the basis of their work – the reality is you need a little bit of both.

Aspiring to be a CFO

Deloitte’s CFO Programme and the Women’s Initiative set out to learn how women became successful CFOs and published the findings in January 2012.

Building on the interviews of 15 leading women CFOs in the United States and Europe, CFO recruiters at major search firms, and other senior executives, Deloitte synthesised critical lessons useful for anyone aspiring to become a CFO. I believe these traits apply not only to the finance profession but also to others; being able to talk meaningfully about the financial impact of strategy and decisions adds a lot to the value women can bring to the boardroom.

These interviews identified five common sets of traits and values across CFOs. These were: curiosity, courage, perseverance to mastery, self-assurance, and ethical responsibility. Some of these traits were innate, whereby our interviewees felt they were born with the trait. Other traits and values were developed over time, forged through critical moments and relationships. A brief description of each trait follows:

I believe if we all take a moment to sit back and think about what has allowed us to be successful we will identify which key opportunities in our careers opened new doors; which role models and sponsors motivated and supported us, and which traits and skills we honed, developed and practiced.

Having done that myself, there are a number of traits that I personally recognise and will continue to work on to master. I hope that having read these insights ; it will allow the reader to reflect and refocus on his/her goals to unlock the success that lies just around the corner.