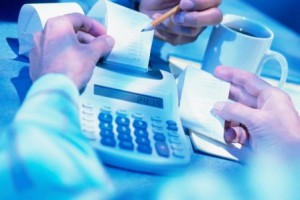 THE RAPID global growth in Islamic finance means that action must be taken to ensure that the way in which it is reported financially is harmonised and made more consistent, a report, based on a series of high level international roundtables, by KPMG and ACCA (the Association of Chartered Certified Accountants), has concluded.

The report calls on the International Accounting Standards Board (IASB) and the Islamic Finance industry to work together to develop guidance, standards and educate the investor community on key issues.

The roundtables in Kuala Lumpur, Dubai and London, which brought together experts in Islamic Finance, bankers and finance professionals working in the sector, along with regulatory authorities, academics and ratings agencies, made a number of recommendations to both the IASB and Islamic Finance Institutes (IFIs), which are highlighted in the new report published by KPMG and ACCA.

Samer Hijazi, a director in KPMG’s Financial Services Audit practice, and co-author of the report, said: “The Islamic finance industry has reached a new stage of maturity. It has a wider variety of customers and stakeholders and a presence in more countries around the world than ever before.”

“As the IASB seeks to establish International Financial Reporting Standards (IFRS) as a single high quality set of global financial reporting standards now is the right time to consider how Islamic finance fits into this global framework. Greater comparability and consistency in financial reporting will benefit not only the IFIs but also the international banks which offer Islamic financial services around the world,” Hijazi added.

The KPMG and ACCA report states that Islamic finance remained fairly resilient during the global financial meltdown, and continues to grow at unprecedented levels.

“Some industry observers argue that had Islamic finance principles been more widely adopted, the global meltdown in financial markets could have been averted. However, while it is clear that the inherently conservative discipline that generally underpins Islamic finance was distinctly lacking in the centres of the global financial crisis, it remains a bold assumption to make.”

Markets such as Malaysia, the Gulf, Pakistan and Indonesia continue to be at the forefront of this space, according to the study.

“Nonetheless, through innovative and pragmatic regulatory changes, as well as often ready-made professional expertise, the presence of Islamic finance has become more visible in a host of other countries. While the UK and Ireland have been at the forefront of these, many other non-Islamic economies have seen the sustainable value in facilitating Islamic finance.”

Aziz Tayyebi, head of international development at ACCA and its expert in Islamic Finance, and report co-author said: “One of the key challenges facing Islamic finance and global standards setters is how to resolve the fact that IFIs in different countries can report transactions in different ways, which creates uncertainty for organisations which are trying to assess and compare them not only with each other, but with conventional counterparts.”

“If they are to remain competitive with conventional counterparts, their financial reports need to be comparable. This will involve a great deal of work and education, but should be beneficial for IFIs and those who rely on their reports,” Tayyebi added.