Driving performance in a smarter way 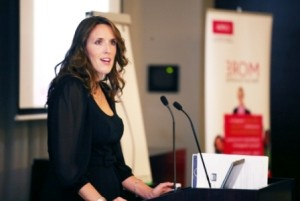 A NEW business paradigm is gradually taking shape in the Middle East as multiple pressure elements never experienced before, come into play. These include unprecedented demands brought about by the globalisation of economies, increasing regulation and global business competition.

CIMA’s Global Corporate Relations Director Emma Cunis was recently in Dubai to discuss the results of this research with the association’s members and students. Together with CIMA’s Middle East Regional Manager Geetu Ahuja, she presented the report titled “Business beyond Financials”, which outlines the reasons and urgency for management accountants in SMEs, government and corporate organisations.

The study also examines the need for businesses to focus more on the non-financial aspects of businesses rather than the financial areas only.

“CIMA is investing heavily, given its fast growth in this region, in both understanding the needs of governments, corporate, private and public companies to see how we can support the economies,” said Geetu.

Geetu said the course is currently being offered only in selective countries in the Middle East, including UAE and Oman, adding that the response has been overwhelming and “we have now expanded the module to include advanced diploma in Islamic Finance.”

“This trillion dollar market is asking for more and my role is to lead the strategy with global firms in local markets to help companies recruit, develop and retain quality talent that will help to drive business performance,” Geetu added.
Investing in the right talent is seen as critical to driving performance growth, according to most of the global CEOs surveyed in the study.

Over 80% of CEOs in the research indicated that a candidate with the new Chartered Global Management Accountant (CGMA) designation would be more appealing to their organisations than those without it. Similarly, 75% of the business leaders said that they would want their existing finance employees to obtain it.

Global Corporate Relations Director Emma Cunis said that when the study was launched, the objective was to understand what the key metrics were, in driving performance outside the financials.

“Almost 300 business leaders across 20 countries answered the survey and we also did in depth interviews with 17 CEOs around the world and uncovered some very interesting results,” Cunis said.

“Most of the executives were unanimous that the complexity of business today is not only the pace of change but also some of the ambiguity there is in the market place. They reported that people are not afraid of hard work, what they want to do smart work. They want to drive performance in a smarter way,” the executive revealed.

Risks and opportunities
“The new challenges that today’s businesses face only reinforce the need to engage management accountants in all firms, as the professionals have a broader skill-set in connecting the dots and helping their colleagues to understand incoming costs, risks and opportunities of all kinds, and not just financials,” Cunis said, adding, “In an environment where change is the only constant, CGMAs have the agility and adaptability to guide and support critical business decisions that drive performance.”

“Of course you would expect that in this type of environment,” quipped Cunis, adding “But what did change and surprised us somewhat was this increasing focus on the human dimension, which has been rated at 17%.”

Statistics in the study show that greater emphasis is laid more on relationships, customers, supplier-relationships, talent development and intellectual capital. These are also the core-focus for businesses and they rated it equally as important, at 68%.

“From the research we can deduce that business leaders now regard people’s ideas, skills, knowledge and relationships as more important than the traditional financial sources of value.”

“So when we measure and value the human dimension, we would argue they’ve never been important and we need the right people with the right skills to do that. The increasing importance of this non-financial value explains why it is so important for businesses to capture and measure it,” said Cunis. 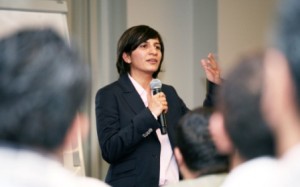 About 75% of the business leaders interviewed stressed on the need to put more emphasis on measuring and demonstrating the non-financial value of the organisations, arguing that the current reporting system promotes an excessive focus on the financials.

Drawing a parallel to this scenario, Cunis gave an example of an earlier research, which showed that in 1975, a total of 83% of the market capitalisation of companies in the Standard Report 500 Index was accounted for by tangible assets like “factories, plants and offices. However by 2009 this figure had dropped to 19%, meaning that focus had significantly shifted to intangible resources.”

And what are these intangible assets?

“One example could be your brand reputation,” Cunis says.

The executive narrated the major scandal involving drug maker Johnson & Johnson’s, when the company’s best-selling product Tylenol led to the death of seven people died in the US in 1982, after taking cyanide-laced capsules, in an alleged sabotage drama.

“Many business people thought that J&J would never recover from the sabotage, however, the company was very open with the media because their brand reputation was on the line.”

“This is a very good example of how the non-financials are very critical to the value of organisations,” she added.

On the current challenges faced by global business leaders, about 69 per cent of business leaders who participated in the study felt that the financial markets put immense pressure on businesses, sometimes holding them to ransom “as they’re mostly focussed on short term goals.”

“The outcome was quite interesting and we expected this sentiment to be particularly stronger in the UK and US, but actually it was much pronounced from our survey results from the Asian markets, especially in South East Asia,” said Cunis.

On the same breathe, 67% of the respondents said the current reporting tools are skewed in favour of financial reporting and that “there are deficiencies in the current information available on non financials.”

Challenges in existing regulations
Still on hurdles, about 28 per cent of the respondents saw that there were challenges from existing and new regulations, and to remedy this, Cunis revealed that CIMA and AICPA have been working closely with the International Integrated Reporting Council (IIRC), to come with solutions that demonstrate how organisations could use integrated reporting in sync with their governance and financial performance strategy, with the social, environmental and economic context within which they operate.

“By reinforcing these connections to integrated reporting, businesses can be able to make better decisions that enable investors and other stakeholders understand how the organisation is performing,” Cunis said.

“So new abilities and business dynamics in terms of innovation, technological innovation, risk intelligence, business models and effective corporate culture are areas that need to be better managed and reported, for businesses to perform to their full potential,” she added.

Transparency was another important element covered by the joint research study, and according to the CIMA executive, the subject was imperative as “we live in an unprecedented era of transparency where anything that a business does, writes or says, could be made public.”

“The research indicates there’s a virtuous cycle of transparency and companies that embrace social networks as their core value find that it becomes their key driver of success and a source of major competitive advantage.”

“Social networks of course are exacerbating the problem but in the current business environment we cannot afford to do business without them. It’s crucial to harness the power of social networks,” it stated.