In this first series, Matthew Gamble, the Head of Anti-Money Laundering at DFSA, explains why accountants and auditors need to be aware of what is happening in the world of Money Laundering, Sanctions and Terrorist Financing… 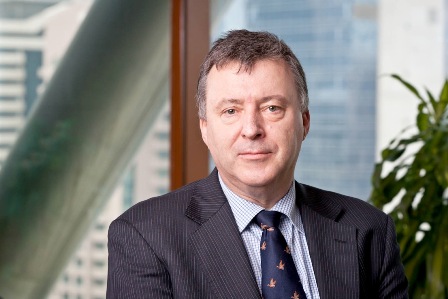 ACCOUNTANTS AND auditors are interesting people, however, by their very nature they are analytical and logical.

Everything in life can be seen in the light of a cost benefit analysis and statement of financial position. Everything should be categorised and placed in an identifiable and retrievable place, not unlike a chart of accounts.

However, the world is unfortunately not as well ordered and logical as accountants would prefer.

Most accounting degrees cover the essentials to make an excellent accountant / auditor, but when it comes to financial crime relating to money laundering, terrorism financing or sanctions, tertiary studies are only catching up.

It is no wonder that to the majority of accountants and auditors the question arises as to why they should be concerned with such things.

Before I go into the reasons of why they should, a refresher is needed.

What is Money Laundering?

Money Laundering is the “processing of criminal proceeds to disguise their illegal origin.” The process is of critical importance to a criminal enterprise as it enables the criminal to enjoy profits without jeopardising their true source.

When a criminal activity generates substantial profits, the individual or group involved must find a way to control the funds without attracting attention to the underlying activity or the persons involved. Criminals do this by disguising the sources, changing the form or moving the funds to a place where they are less likely to attract attention.

With respect to the United Arab Emirates, Article 2 of the Federal Law No. 4 of 2002 titled “Criminalisation of Money Laundering” makes any person guilty of money laundering if that:

(1) person intentionally commits or assists in commission of any of the following acts in respect of Property derived from any offences stated in Clause (2) of this Article, such person shall be considered a perpetrator of the Money Laundering            offence:

a. The conversion, transfer or deposit of Proceeds, with intent to conceal or disguise the illicit origin of such Proceeds.

b. The concealment or disguise of the true nature, source, location, disposition, movement, rights with respect to, or ownership of Proceeds.

c. The acquisition, possession or use of such Proceeds.

(2) For the purposes of this law, Property shall mean those derived from the following offences:

a. Narcotics and psychotropic substances.

b. Kidnapping, piracy and terrorism.

c. Offences committed in violation of the environmental laws.

g. Any other related offences referred to in international conventions to which the    State is a party.

What is Terrorist Financing?

Terrorist financing is the act of directly or indirectly, unlawfully and wilfully, providing or collecting funds with the intention that they should be used or in the knowledge that they will be used to carry out an act of terrorism.

Terrorism is defined as an act intended to cause death or serious bodily injury to a civilian, or any other person not taking part in armed conflict, when the purpose of the act is to intimidate a population or compel a government or international organisation to do or to not to do certain acts.

With respect to the United Arab Emirates, Federal Law No. 1 of 2004 titled “Criminalisation of Terrorism Financing” has been enacted and deals with offences relating to terrorism financing.

What is a Sanction

The sanctions considered within this paper have been likened to economic warfare. It is the imposition of a country’s or group of countries’ will (that is, United Nations (UN) sanctions) upon an individual or corporate entity, or even a country to bring about obedience. It is effectively the use of the ‘carrot and stick approach’. You obey and you will not be punished.

The United Nations Security Council has issued many sanctions concerning issues related to North Korea, Libya and Iran to name a few. The effectiveness of UN sanctions is that all countries that are part of the UN must ensure that its citizens and residents comply with them.

Money laundering, terrorist financing and sanctions each started out on their own but over time there has been a convergence. You now have a growing body of risk with three distinct heads. I like to use Greek and Roman mythology to describe it. In these mythologies, there was Cerberus which was a three-headed dog that guarded the gates of the underworld (hell) to prevent those who have entered it from ever escaping.

I liken money laundering, terrorist financing and sanctions to Cerberus, each working separately but sometimes also in unison. To deal with each individually and together, one must understand the risk that each head poses both separately and combined.

Why does it apply to accountants? 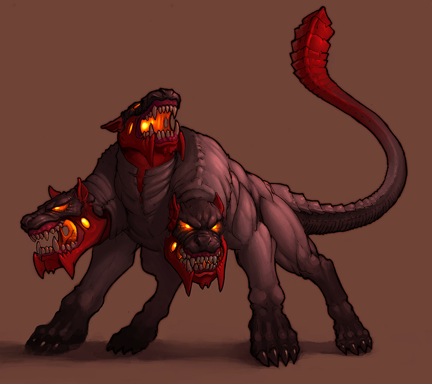 Money laundering, terrorist financing and sanctions each started out on their own but over time there has been a convergence. You now have a growing body of risk with three distinct heads.

Money launderers and terrorist financiers are continuously looking for new methods of disguising their funds; they will actively seek to exploit weaknesses in AML systems and controls and will gravitate to countries and financial systems with weak or ineffective controls.

Importantly, it is not just the financial sector which is at risk of being misused by money launders and terrorist financiers. The non-financial sector (Designated Non-Financial Businesses and Professions (DNFBPs)) which includes accountants, lawyers, jewellers, dealers in high value goods, real estate developers/agents, and company service providers are also vulnerable to attack.

FATF included DNFBPs in its recommendations as they are seen as gate-keepers to the financial system. An extract from The Puppet Masters explains why they need to be included:

Billions in corrupt assets, complex money trails, strings of shell companies and other spurious legal structures. These form the complex web of subterfuge in corruption cases, behind which hides the beneficial owner—the puppet master and beneficiary of it all. Linking the beneficial owner to the proceeds of corruption is notoriously hard. With sizable wealth and resources on their side, they exploit transnational constructions that are hard to penetrate and stay aggressively ahead of the game.

Nearly all cases of grand corruption have one thing in common. They rely on corporate vehicles legal structures such as companies, foundations, and trusts to conceal ownership and control of tainted assets.[1]

Now, with the concerted effort to include tax evasion as a money laundering offence accountants and auditors will only become more involved as their expertise is required.

In my next part, I will talk about the following matters and how they impact upon accountants and auditors both globally and regionally:

In this first part, Part 1, the intention was to provide you with an understanding of these risks and why we have got to where we are now. In the second part, I want to explore what I believe a prudent accounting / auditing firm would implement to meet its obligations.

What started out as a means to stopping crime primarily related to drugs and narcotics has now evolved into a complex web of inter-relationships. These complexities surrounding money laundering, terrorist financing and sanctions are in the words of Lewis Carroll are only going to become curiouser and curiouser.