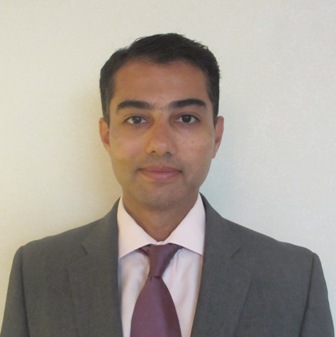 MANY MIDDLE Eastern countries are working on growing their networks of tax treaties to help domestic businesses expand internationally and to attract foreign investment to fuel their economic growth.

Tax treaties entered across the region contain a variety of distinct features, some of which are unique to the region. Foreign companies who enter these markets should examine the specific clauses of any relevant treaties to determine where and how they should structure their investments in the region.

Treaty issues involving the UAE are particularly unique: the country does not impose corporate income tax at the national level. However, all Emirates within the UAE have enacted corporate taxes through their own decrees. For now, these decrees are only enforced for foreign oil companies with exploration rights and branches of foreign banks. In most cases, the UAE treaties are most important for eliminating foreign tax on income from outbound activities.

Given the limited tax regimes and lack of formal tax authorities in UAE, determining whether an entity is tax resident in these countries and thus entitled to treaty benefits can be difficult. In order to verify their entitlement to tax benefits in treaty countries, resident companies need to obtain tax residence certificates from the UAE finance ministry.

For businesses set up under one of UAE’s offshore investment holding company regimes, tax residency certificates are simply not available.

The absence of taxation or enforcement in UAE raises questions on whether resident companies are entitled to access their tax treaty networks. The challenge to the ability to access these tax treaties is based essentially on three broad arguments:

Many of the treaties of the UAE link the criteria for ‘residence’ with the entity being ‘liable to tax’ in the country. Tax authorities in some countries, such as Turkey, will accept the residency of an entity that is subject to tax by law, even if no tax is actually paid (for instance, if they are liable to tax at a zero rate for their first 50 years of establishment under the Dubai International Financial Centre (DIFC) regime).

Other countries may accept a tax residency certificate (although tax authorities may also review the entity’s substance and beneficial ownership of its income). Whether entities are liable to tax has been questioned perhaps most often by the Indian tax authorities, which led the UAE and India to drop the criterion on re-negotiating their treaty. In most of the UAE’s new treaty negotiations, ‘liable for tax’ clauses are being replaced by residence criterion based on ‘place of incorporation or management’.

Some tax authorities may argue that since tax treaties are intended to eliminate double taxation, treaty access should be denied to the UAE entities since no double taxation can arise.

However, there is a strong argument that the treaties’ main purpose is to encourage investment and so the lack of taxation in the UAE should not prevent treaty access. Nevertheless, the practice of the tax authorities in the relevant countries should be regularly monitored.

Access to the UAE tax treaties can also be denied on the basis of tax treaty abuses, due to the inclusion of ‘limitation of benefits’ articles in some treaties. For example, the UAE-India treaty requires a UAE legal entity to have a ‘bona fide business activity’.

Similar provisions also exist in the UAE’s treaties with Luxembourg, Belgium, Korea and other countries. Even where a treaty has no such abuse provisions, the tax authorities of certain countries, such as China, are evaluating potential treaty abuse under their domestic legislation or administrative interpretations.

The above issues are among the most common problems encountered for foreign entities attempting to access the benefits of the UAE’s tax treaty networks. Unique clauses in individual treaties may present other potential barriers to accessing treaty benefits. The lack of official translations of treaties into English or other languages can create further interpretational difficulties.

Given the UAE economy’s consistent growth fuelled by long term policy and vision of the country’s leadership towards diversification and progress, international and regional trade and investments are bound to increase going forward. For companies considering the optimal structure for their operations in or through the UAE, close review of the specific terms of each relevant treaty is crucial.