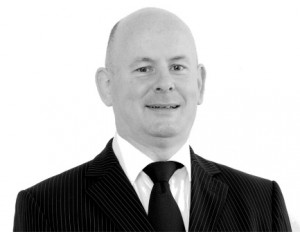 TRUST IS a key element in all relationships that we have with others whether personal or business. When that trust breaks down or is betrayed, as it often is when fraud happens, the consequences can be dire.

Here in the Gulf, Owner Managed Businesses are an important if not dominant feature of business life. These businesses are mostly very successful and enjoy the trust of their customers and business partners – for these businesses their reputation is of great value.

Now with second, third or even fourth generation members of the family involved in the management and day to day operations of these businesses, many have expanded far beyond their original roots becoming diverse entities operating in multiple sectors and often representing international brands and familiar household names.

Going outside of the family
It’s also inevitable that with such expansion, the role of the family at the hear of the business, controlling and directing it and intimately knowing what is going on, is harder to achieve.

The appointment of managers from outside the family usually brings wider expertise, a global focus and opportunities for cost savings and efficiency gains. It’s fair to say, that where the family owners may have not always agreed with strategy among themselves, the external senior management may be able to find ways to navigate such issues without creating conflict or problems.

Such managers often therefore become extremely trusted by owners – sometimes almost close confidants who might even take on additional roles in managing personal finances and private issues too for owners.

Regrettably, that trust by the owner in the manager may not necessarily be reciprocated. For various reasons, whether greed, opportunity or some other perceived dissatisfaction, some members of the senior management might abuse that trust.

Why fraud happens
When we look at reasons why fraud or other business misconduct happens, we will often hear that the fraudster considered they were not being paid enough, that the rewards they expected were not coming their way. A recent investigation we have been working on shows us that the chief executive concerned was extremely well rewarded by the owner. He had acquired many tens of millions worth of assets in less than 10 years having previously been a junior auditor. The owner would regularly pay him very sizeable bonuses and yet all of this appears not to have been enough for him.

He had acquired a virtual blank cheque to increase his pay, authorise bonuses and accept commissions from his employer’s Group companies without any reference to or oversight by the owner. He agreed settlements with indebted customers and appears to have taken portions of the settlements in cash.

Corporate nepotism
He appointed relatives to various jobs and he created a parallel management structure in group businesses answering solely to him so as to circumvent effective scrutiny by general managers of the group companies. The owner trusted him like a son, and this was how that trust was betrayed.

In another case, an outsourcing arrangement to run a key part of an owner’s group saw the appointment of a general manager from the outsourced supplier’s business. It raised obvious questions about where that manager’s loyalty truly lie.

These questions were answered in what appears to have been a ten year reign of working primarily for the benefit of the outsourced company management, hiding the fact that the general manager also managed two other businesses for his original managers and embroiling the company in a series of serious regulatory and compliance breaches.

Throughout the ten year period that he acted in this underhand way, the owner had no idea of what was really going on until a partner ceased to do business with them because they recognised they were also at serious exposure to regulatory and compliance sanctions.

Lack of due dilligence
A final example was another large group where a CFO had agreed a number of joint venture arrangements, all of which turned out to be utter financial failures. In this example fraud was not the underlying issue but rather a lack of effective due diligence and a disregard for the alarm bells raised by pre-acquisition audit reports which led the group into deals that it should have walked away from.

Unfortunately in this case, the owner and most other members of the management team were unable to penetrate the shield the CFO’s seems to have erected to prevent scrutiny. Only with a rigorous and detailed forensic review of the facts, looking carefully at the timeline of the various joint venture deals, email trails, putting focused and very specific requests to the CFO for information and to provide rationale for the decision making process, did the CFO see that their position was untenable and resign.

Trust is earned
In all these cases the owners had appointed apparently talented and trustworthy people to run their business for them. In all cases, this trust appears to have been misplaced. Trust is as we said at the beginning vital in our daily lives for healthy relationships. But that trust has to be earned and once earned, that trust needs to continually be maintained.

The adoption of what is called professional sceptisim is vital. An owner needs to be able to ask questions and ask for more evidence or justifications at any time. Senior management should be prepared to provide such information without it being requested.

Big problems lie ahead when senior management believe they no longer have any need to justify their actions or plans to the owner. The fact that owner managed businesses are less likely to have mature forms of corporate governance in place only accentuates the risk of rogue senior managers doing what they want and for their personal benefit, compromising the owners of the business.

In one case, the owner poignantly told us, that by the end, and just prior to a fraud being exposed, he felt, as owner, as if the CEO was in fact acting as the owner.