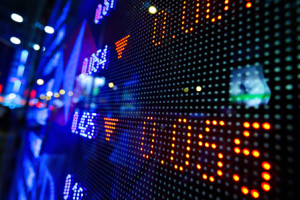 The Western Union Business Solutions team offer detailed insights on the movements in the three currencies – USD, EUR and GBP in the month of June to help you manage your finances better.

The greenback has shown some poise recently and should find opportunity to advance further in June.

Let’s face it, though, the Dollar has disappointed many who had bet on a breakout year for the greenback. A meaningful Dollar rally has so far failed to take shape, as the economy has been slow to rebound from a harsh winter of frigid temperatures. The resulting slow thaw for the economy hasn’t put much pressure on the Federal Reserve (Fed) to boost borrowing rates, which has held back the Dollar’s potential.

Although a stronger Dollar narrative may be a story for the second half of this year, when the economy is expected to regain its footing, don’t dismiss the chance of solid gains over the month of June.

A potential driver of Dollar appreciation is seen in the European Central Bank’s (ECB’s) June 5 meeting. Markets are anticipating some sort of action by the 18-nation central bank to tackle low inflation. Bold, bazooka-caliber action could go some way in toppling the Euro from recent peaks near USD 1.40 against the greenback. For that to happen, though, the ECB would have to exceed already priced-in dovish expectations. A rate cut or even the introduction of negative deposit rates would weigh on the Euro to the benefit of the greenback. But to really dent the Euro, the ECB would likely have to resort to Fed-like quantitative easing (QE) and add to its balance sheet. The bolder the action, the better chance the Euro would have at testing lows for the year around USD1.3475.

On the home front, the Dollar will look for catalysts in the government’s monthly jobs report which comes due the day after the ECB’s June 5 meeting. Another month of 200,000-plus job growth would be constructive for the buck. But the quality of the jobs data will be key, too. In addition to job gains, markets want to see growth in wages that could set the economy up for more meaningful consumer spending in the months ahead. Keep a watchful eye on unemployment. The jobless rate fell to a September 2008 low of 6.3 per cent in April, but mainly because people left the workforce.

Markets will find another Dollar-influencing event in the Fed’s meeting on June 17–18. The Fed is expected to keep scaling back stimulus. Moreover, this gathering will include fresh central bank economic forecasts and a press briefing by Fed Chair Janet Yellen.

For the Dollar to get a rise out of the Fed, bankers would have to hint at a possibility of raising interest rates before current forecasts of around the middle of 2015.

The stage is ready. Traders, investors, analysts, and corporations have heard the warning given by the head of the European Central Bank (ECB) at last month’s policy meeting. High expectations have now been set that the central bank will act within its mandate at the June 5 policy meeting to procure price stability within the Eurozone area. Whether the central bank cuts interest rates further, offers a negative deposit rate, provides another long-term refinancing option (LTRO) or adjusts its asset purchase program somehow is still yet to be determined. Indeed, given the weak outlook for inflation, the central bank could provide markets with a “shock and awe” strategy by combining any or all of these measures.

The degree of policy action taken will dictate the Euro’s response at the beginning of the month. There is also the fallout of the European parliamentary elections that could potentially be important to consider. But above all, June might be a time to step back and reflect upon what took the Euro to three-year highs against the US Dollar in the month of May.

After the shock of the ECB decision, election results may be taken into further consideration. If polls turn out to be true in predicting a win by anti-EU parties, then a longer term negative trend might need to be priced into Euro positions.

Reflecting about what took the Euro to the highs seen in May might help determine where the Euro ultimately ends later in the month. The Euro had been driven higher by three potential sources and the question is whether these sources have dried up or not: first, EU banks were said to be repatriating funds to shore up balance sheets to pass stress tests (the results of the ECB tests are due out in October); Second, reserve diversification from sovereign funds are said to have supported the Euro; and last, there was an increase in demand by foreigners of debt issued by peripheral Eurozone countries.

The diversification process from Asia, the Middle East and South/Central America could easily continue, which will provide the Euro with some degree of support, but the other two factors could prove more challenging to try to predict.

The repatriation of funds abroad by EU banks may well be close to completion, but a severe decline in equity markets, which are hovering near record highs at the moment, could present these banks with a balance sheet problem. Should the EU banks need to boost tier-one capital ratios again via sales of foreign assets another wave of Euro purchases could be seen.

Bond yields on peripheral Eurozone government debt offer some of the best returns in the world, given inflation expectations. Should these expectations for inflation change then the return on government debt might not be as lucrative. To a certain degree this third pillar of Euro strength may also be determined by the policy action taken by the ECB. If the ECB can convince markets that it is serious about reaching its inflation target and increases inflation expectations then demand for this debt could slow and limit the Euro’s upside.

Of course, this all assumes that the geopolitical climate continues to improve. So after an initial capitulation by the Euro based on the predicted results of the EU election and severe ECB policy action, the Euro could see signs of stabilisation. Stabilisation would come from diversification flows and potentially any increase in repatriation flows that would stem from falling equity markets.

The British Pound remained sound after all but touching USD 1.70 versus the Dollar in May, its best in nearly five years, while it rallied to five and a half year peaks on a trade-weighted basis.

Sterling remains a market favourite as steady evidence of a strengthening British economy has many betting on a somewhat early rate hike by the Bank of England. What really drives currencies is the perceived road ahead for central bank policy. That’s been a boon for the Pound as the BOE has forecast a rate rise some time during the first half of 2015. The Euro, on the other hand, has come under recent attack amid growing expectations for the European Central Bank to deploy bolder stimulus as early as June. With Britain leaning towards tighter stimulus and its Euro rival favoring looser policy, EURGBP weakened in May to 17-month lows.

Should one expect more runaway strength in the Pound this month? Maybe. The key will be the UK economy where unemployment is running at a five-year low of 6.8% and leading services and retail sectors have gained momentum.

But perhaps standing in the way of more meaningful strength for the Pound may be the Pound itself. As some sectors of the economy continue to gain momentum, inflation has moved below the BOE’s 2% comfort zone. Moreover, a strong Pound can compound weaker inflation growth by depressing the cost of imported goods; the longer inflation undershoots, the less pressure the central bank would feel to raise borrowing rates, a less hawkish view that would leave the Pound vulnerable to a pullback as markets push out forecasts for a rate hike.

Over the course of June, Sterling will have to contend with the latest economic developments at home and abroad. And the catalysts from overseas could prove daunting with market eyes on the ECB’s June 5 meeting and the next day’s STERLING employment report. Should the ECB opt for ‘bazooka-caliber’ action, such as negative rates or Fed-like quantitative easing, downside risks for the Pound against the Euro should prove limited. But another month of robust STERLING job growth would open the door to greater downside risks for Sterling against the greenback. A healthier STERLING job market could see the BOE in a footrace against the Fed to boost interest rates.