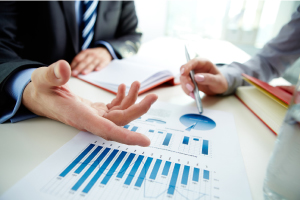 As countries move to implement IFRS, Deloitte experts conduct classes to keep region up to speed with latest advances

THE ONGOING modifications to the existing set of International Financial Reporting Standards (IFRS) are expected to change the financial reporting landscape significantly, Veronica Poole, the Global Managing Director of Deloitte IFRS has said.

At a recent event in Dubai dubbed; ‘Global IFRS Forum and Master Class’, Poole, together with other Deloitte global IFRS experts, focused on complex areas in financial reporting and topics which have been subject to significant changes in the recent years.
These include the latest IFRS Standards on Consolidated Financial Statements, Fair Value Measurements, Joint Arrangements, Disclosure of Interest in Other Entities, Financial Instruments and the Exposure Drafts on ‘leases’ and ‘revenue recognition’.

“The changes being made to IFRS will impact international trade and all types of businesses across the Middle East, and worldwide,” Poole said, adding that the standards have now been adapted and are used in over 120 nations across the world, including most countries in the Middle East.

“These amendments are important not only to be able to prepare financial statements in accordance with IFRS standards, but also to offer clear guide and advise to the management and directors on the related company’s financial position and operating results,” quipped Abbas Ali Mirza.

Focus on controversial subjects
The forum was part of Deloitte’s series of Middle East conferences, tailored to keep the region up to speed with the latest advances in this field. The IFRS (promulgated by the International Accounting Standards Board, IASB) have been in international financial news lately, due to divergent views on controversial subjects such as ‘financial instruments’ expressed by the IASB and the US standard setter, the FASB.

Furthermore, the US Securities and Exchange Commission’s (SEC) final ‘SEC Staff Report’ released earlier this year, which did not report the much-awaited US stand on whether US public companies should be allowed or required to adopt IFRS for their financial reporting, provided a detailed discussion of critical issues and focus areas such as, the progress of the development of IFRS and maintenance of IFRS by the IFRS Interpretations Committee (IC) of the IASB.

Observations in this report, such as, “The standards that are issued by the IASB are generally perceived to be high quality by the global financial reporting community, however, there continue to be areas that are underdeveloped…” and “the (SEC) Staff’s outreach both domestically and internationally indicates that the IFRS IC should do more to address issues on a timely basis”, have evoked considerable debate in the world of international accounting wherein more than 120 countries are already applying IFRS.

In addition, the IASB has been working on completing its unfinished agenda under the “MOU” with the US Financial Accounting Standards Board (FASB). It has also issued several new Standards (IFRSs) and is working on several new/proposed Standards (“Exposure Drafts”) on some highly contentious accounting issues.

“Globally, businesses are realising the importance of adhering to international standards, in order to compete in the global marketplace. Globalisation has now become central to a firm’s growth strategy,” said Paddy Acharya.

A series of Deloitte IFRS seminars will be hosted by the firm in other countries across the Middle East in the coming months, to address these ongoing changes.