UAE tax-free as European economies pile on the levies 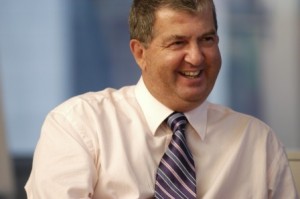 Ladislav Hornan, chairman of UHY: “There is a ‘brain drain’ risk for some countries with high personal taxes.”

THE UAE has one of the world’s highest per-capita incomes at $48,200, and remains a tax-free country while Eastern Europe, BRICs and Asia-Pacific are offering the lowest taxes, according to the latest survey undertaken by the international auditing and accounts firm UHY.

The yawning gap between personal taxes in high and low-tax economies, meanwhile, has grown even wider over the last year, with major European economies imposing an average $1,784 tax rise on those earning $200,000 over the last year compared to an average $266 tax cut in the BRIC (Brazil, Russia, India, China) emerging economies, statistics in the report by reveal.

Low earners on $25,000 in the studied major European economies saw their taxes remain the same between 2011 and 2012, compared to an average tax cut of $198 in the BRICs.

UHY tax professionals studied data in 26 countries across its international network, including all members of the G8 and the emerging BRIC economies. It calculated the basic ‘take home pay’** of a single, unmarried employee after income taxes and employee social security contributions are deducted for salaries of $25,000, $50,000, $200,000, $250,000, and $1,500,000.

Ladislav Hornan, chairman of UHY, says: “The personal tax gap between Western Europe and the rest of the world continues to grow larger. The distinction is sharp. Western European countries make up the five highest taxing economies in almost every tax bracket we looked at. Countries like China, Estonia, and Brazil consistently had the lowest tax burden.”

“Countries like France or Italy have had relatively high taxes for some time, but this year has seen other debt-laden European economies join them. For example, Spain has seen big tax rises for high earners as governments have tried to fund budget shortfalls.”

Ladislav Hornan adds: “The big European economies need to be very careful. They are putting a lot of pressure on individuals. There is a ‘brain drain’ risk for some countries with high personal taxes, particularly amongst internationally mobile high earners. For example, South-East Asia in particular has been increasingly attracting professionals from Europe. Losing talented workers and the taxes they pay will make it even harder for countries to close deficits.”

“Traditionally, the EU has been able to offset the effect of high taxes by offering a wide range of public services. However, tax rises in some EU countries have come hand-in-hand with swingeing cuts to public services.”

Emerging economies hold up
The BRIC countries – Brazil, Russia, India, China – all have some of the lowest levels of personal tax and social security contributions. The average taxpayer in a BRIC country will keep 85% of their income at $25,000 and 75% at $200,000. This compares to just 80% and 62% for the same average taxpayers in G7 countries.

Ladislav Hornan adds: “The low tax economies, not all of which are developing economies, have been able to maintain or cut their tax rates over the past year.”

Higher end of income scale
Nikolay Litvinov, partner of UHY Yans-Audit LLC in Russia, a member of UHY, comments: “Russia’s 13% flat rate of income tax makes it very competitive compared to rival economies, especially at the higher end of the income scale. Russia is consistently one of the cheapest places to live in terms of income tax. These low tax rates may help convince young and entrepreneurial Russians to stay in the country, and they may even tempt expats to return.”

Bernard Fay of UHY Fay & Co in Spain, a member of UHY, comments: “Last year, Spain performed well compared to other European economies in terms of income taxes. However, there have been big tax increases at the higher end of the income scale, as well as cuts to public services.”

“With high unemployment, drastically cut public services, and high taxes for those in work, there’s a very real risk of a ‘brain drain’ in Spain: younger and experienced workers will look enviously at other EU countries. It says a lot that other parts of Western Europe are attractive to Spanish workers, when Western Europe as a whole is performing poorly compared to other regions.”

The fiscal strength
James Tng, Tax Partner, UHY Haines Norton in Australia, a member of UHY, says: “Australia seems to have found the balance between a progressive and competitive tax system. Unlike other major industrial economies, Australia doesn’t have a huge debt burden to complicate things. Low taxes are offered for the lowest earners, but the taxes on high earners are still a lot lower than elsewhere.”

“There has been a general easing of the tax rates of low and middle income earners over the past decade, beginning with the introduction of a Goods and Services Tax in 2000.”

James Tng adds: “The low tax burden reflects the fiscal strength of the Australian economy, particularly in the decade prior to the global financial crisis. Australia entered the crisis with little debt and very little in the way of the social security structures that other major economies have to fund, particularly in Europe. Consequently, Australia hasn’t been forced to raise personal taxes.”