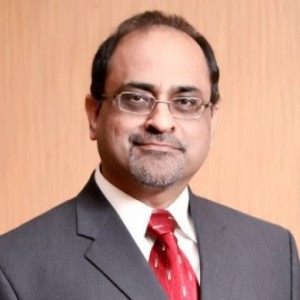 THERE IS no doubt that the role of CFOs has changed a great deal, compared to say, five years ago. The professionals are now required to understand the many areas of the business and its operations, such as its strategy and compliance, things that were not in their scope in the past.

It is in this background that top CFOs in the region have come together under the umbrella of Middle East CFO Alliance (MECA), in order to push their agenda and provide a platform for professional networking.

“Within 30 days after the formation of Middle East CFO Alliance (MECA) we have accomplished our first major goal of having high profile networking meetings in Dubai and Riyadh,” said Saleem Sufi, the coordinator of the group.

Risk mitigation
“More than 75 CFOs attended both events, where senior partners from Deloitte made highly informative presentations on the status of International Financial Reporting Standards (IFRS) as well as other important topics such as the evolving role of CFOs,” he added.

As a first step, the Conference Steering Committee has been formed comprising of the following senior level CFOs based in Dubai:

According to Sufi, the core philosophy of MECA is to organise high quality in-person information sharing and networking events to its members at minimal or no cost to them.

Sufi said the formation of the group was long overdue, as “today’s CFO has become more sophisticated, with his responsibilities going beyond the everyday’s tasks of ensuring accuracy of numbers.”

“It is the CFOs role to see that the company’s risk mitigation is carried through diligently, and therefore we aim, through the MECA group, to address these challenges and ensure that we remain prudent and have a clear sense of the direction we want our respective organisations to take,” he added.

The coordinator also revealed that the next conference has been scheduled for December 13 in Dubai, where prominent CFOs from leading business organisations in the Middle East and other global experts have confirmed participation.