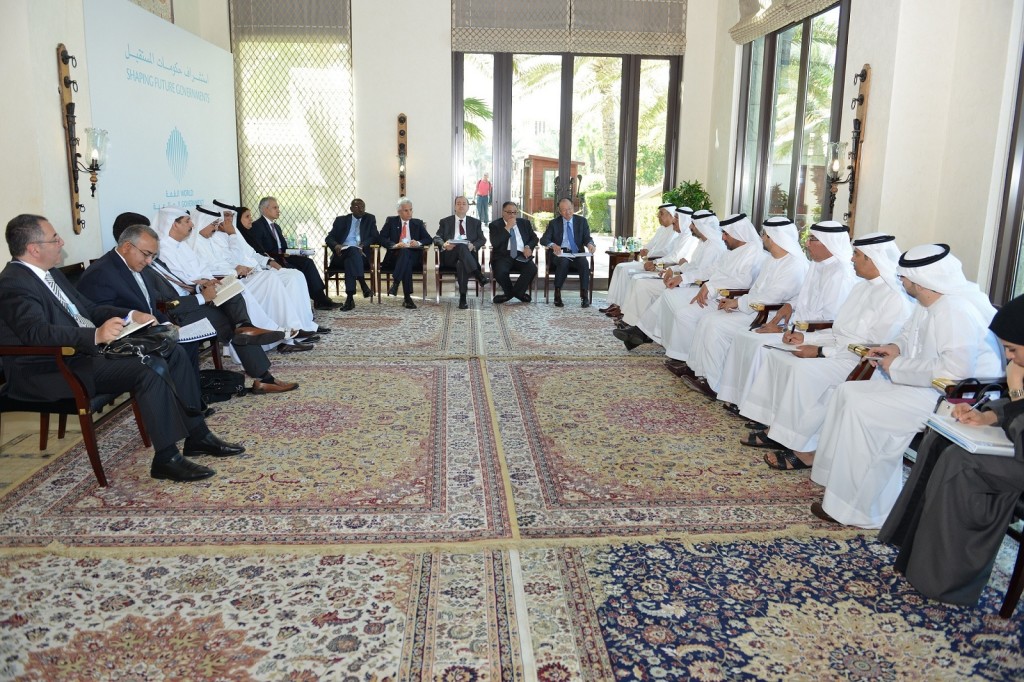 The ministerial meeting with the World Bank Group President

On the sidelines of the recently held World Government Summit, the Ministry of Finance (MoF) organised a meeting under the theme ‘The Current Status of the Economic and Financial Sustainability Development in the MENA region’.

Attendees included senior financial executives from the UAE and the MENA region, as well as representatives from the World Bank Group (WBG) and the International Monetary Fund (IMF).

A number of specialised papers were discussed, which shed light on economic opportunities and challenges in the MENA region. One particular focus was financial reforms to enhance government services and spending efficiency, as well as the challenges related to managing retirement funds and financial sustainability. As part of the government’s innovation initiatives, participants discussed the most efficient mechanisms to finance creative government schemes.

Commenting on the meeting, HE Obaid Humaid Al Tayer stressed the importance of the World Government Summit; which is the largest global assembly dedicated to shaping the future of governments worldwide, and providing environment, financial, economic and development support, which is considered an essential element for a modern government.

HE said: “ MoF commits to its role in providing a sustainable financial environment able to effectively support the government’s goals and enhance the integration and merging between different government institutions to support creative development initiatives and strengthen the ability of institutions to fulfil their present goals and effectively plan the future.”

MoF also organised a ministerial meeting with HE Dr. Jim Yong Kim, World Bank Group President and his delegations including a number of ministers and prominent government figures. The meeting aimed to discuss a number of issues related to economic development and environmental concerns on a global and international level.

The meeting discussed the World Bank Group’s strategy in innovative financing mechanisms for the MENA region; which aims to enhance economic and social ties in addition to contributing to the stability of the area and strengthening countries’ ability to address refugee problems, host them and initiate recovery and reconstruction.

During the meeting, HE Obaid Humaid Al Tayer highlighted the UAE’s commitment to support transitioning Arab countries especially through the initiative launched in 2011 to promote financial stability in Arab countries.

HE also emphasised the UAE’s support for refugees through its different national institutions, as well as the support provided to hosting countries through loans and grants for necessities and to support them in withstanding the financial challenges.

As the participants were discussing the International Development Association’s role (IDA), which provides its services through financial grants given by different countries, HE Obaid also conveyed the support provided by the UAE for different World Bank institutions, particularly IDA, the World Bank’s fund for poor countries.