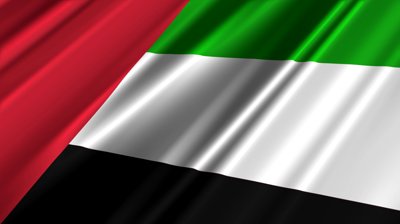 The Ministry of Finance (MoF) revealed results of a study on customer satisfaction regarding e-Dirham system.

The study was conducted in collaboration with the National Bank of Abu Dhabi (NBAD) and Nielsen, Global Marketing Research Company. Results showed that 80 percent of users are satisfied with the performance of the e-Dirham system as an electronic payment method instead of using cash.

HE Younis Haji Al Khoori, Undersecretary of MoF stressed the importance and the role of the e-Dirham system for ministries, local and federal government entities, as it an effective electronic payment method with the highest levels of performance, accuracy standards and ease of use. The system also offers high levels of safety for customers in revenue collection for government or non-government services.

HE then said: “This study confirms the success of the e-Dirham system, which is reflect through the outstanding customer satisfaction scores and its growing popularity as an electronic means of payment. The e-Dirham system provides government institutions with a database, detailed report and prompt financial operations, aids in implementing control, audit and conformity operations, as well as measuring their speed and efficiency. This supports decision- making processes and enhances the effectiveness of financial and human resources.”

High degree of customer satisfaction was reported using different indicators, specifically in the use of pre-paid cards, the possibility of making non -government transactions, as well as pay, recharge and register e-Dirham cards. Also, the e-Dirham system displayed a satisfaction rate of 97 percent for directors and owners of printing centres and services and 87 percent overall satisfaction rate for individuals dealing with printing centres and business services.

HE added: “The study showed that partners and customers are very satisfied with the developments in the operations of the second generation of e-Dirham system. They also stressed their commitment to the system and their willingness to take advantage of its services. This is a key motive for the Ministry to continue its efforts towards improving the services of the e-Dirham system and meet the requirements and high level of customer satisfaction. We also seek to implement this system in all payment and collection operations for government or non-government services within the UAE.”

HE Saif Al Shehhi, Senior Managing Director, UAE Government and VVIP Clients, National Bank of Abu Dhabi (NBAD) said: “The results of the study show an increase in satisfaction levels of e-Dirham system from customers and other partners, including business owners. The results also reflect NBAD’s efforts to strengthen its strategic partnership with MoF with regards to the e-Dirham system; which became an integrated system with high flexibility, security and efficiency in its performance.”

Results of the study:

Following its strategic partnership with NBAD, MoF, continuously seeks to develop the system for it become the first and best option to pay government and non-government fees across the UAE.