Menacorp ranks first on DFM in 2015 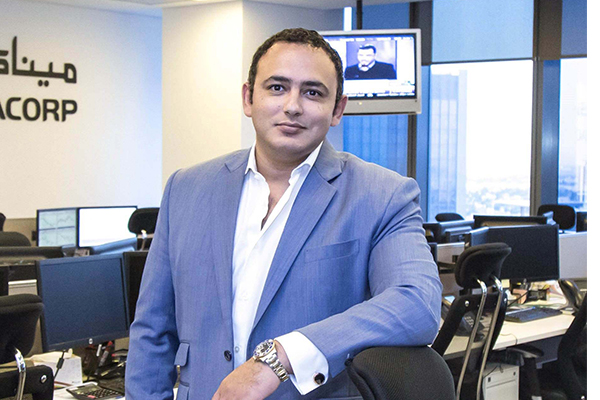 According to official data published by the Dubai Financial Market (DFM) on 3rd January 2016, Menacorp is the number one securities brokerage firm by trading value and market share for the full year 2015.

The milestone marks the third consecutive year that the firm has taken the top spot in the DFM, the main exchange of the United Arab Emirates.

The top ranking for the third consecutive year was a major achievement given the fact that Menacorp is competing with 49 other institutions including most of the UAE-based banks.

Fathi Ben Grira, Chief Executive Officer, Menacorp, said “since the establishment of the DFM in 2000, no other firm has achieved such an outstanding performance for three consecutive years. Menacorp occupies a unique position in the market as it is the only financial services firm in the country to be licensed on the four UAE exchanges (DFM, ADX, Nasdaq Dubai and Dubai Gold and Commodities Exchange) and to offer access to regional and selected international markets. For 2016, we shall keep on implementing the vision of our Chairman Mr. Hamad Ghanem Bin Hamoodah which is built on two pillars: consolidation of our leadership on UAE markets and diversification by offering access to more markets to our clients”.

“Menacorp continued to maintain its leadership in the face of drastic changes in market conditions. We proved our capabilities to be the securities brokerage firm of choice during bullish market conditions (i.e. in 2013 and 2014) but also during more challenging times like in 2015. All our team is extremely proud of the trust that our clients are placing in us. This trust does not only come from UAE based investors but also from clients in Saudi Arabia, Qatar, Kuwait, Bahrain, Oman, Egypt, Jordan and Lebanon notably (without mentioning international financial institutions in Europe and the US) who more and more rely on our services for their trading needs in the whole MENA region” concluded Nabil Al Rantisi, Managing Director Brokerage.

Menacorp is backed by one of the largest and most diversified Emirati conglomerates, the Abu Dhabi-based Bin Hamoodah Group – the company’s main shareholder.