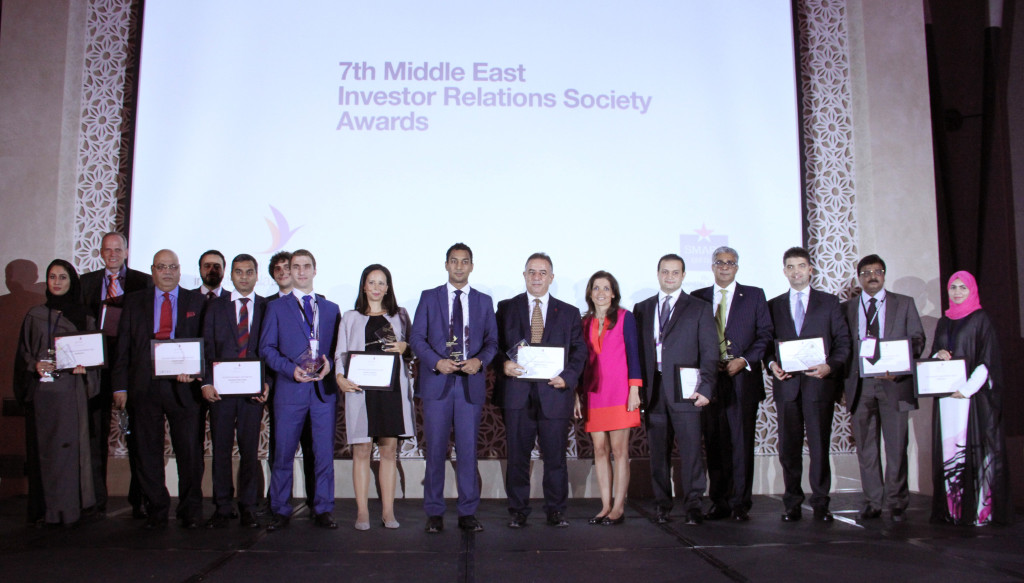 During a gala ceremony held at The Address Dubai Mall recently, the 2015 winners of the Middle East Investor Relations Society (MEIRS) Awards were announced.

Marking its seventh year, the awards continue to honour the outstanding achievements of Investor Relations (IR) professionals and organisations in the Middle East. The Awards were celebrated during the 7th MEIRS Annual Conference, an event dedicated to IR professionals in the region.

Four regional awards and two country-specific awards were presented to highlight the continuous efforts of professionals and organisations in developing IR standards in the region.

“The Middle East Investor Relations Awards celebrate one of our key mandates – to promote best practice in the IR industry. The awards are a reflection of the changes in the IR environment in the region, and the award winners and candidates are a testimony of the effort in our community to achieve excellence in investor relations. I would like to thank everyone who was nominated for their efforts in advancing IR practices in the region, and to congratulate the winners for demonstrating IR excellence.” said Oliver Schutzmann, Chairman, Middle East Investor Relations Society.

The winners for the 2015 MEIRS Awards are: