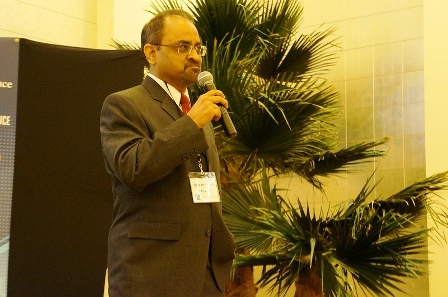 According to the organisers, the event which centred on the theme of ‘Driving Corporate Performance in Uncertain Times’, was a huge success, and featured speakers drawn from prominent companies including SAP, Bayt.com, Signature Group, Ideal Management Consultants and Resources Global Professionals.

MECA is the largest CFO Networking group across Middle East with its members based in UAE, KSA, GCC, Pakistan, India and other Middle Eastern countries. The group regularly organises networking and information sharing events and conferences with the support of its sponsoring partners. The next MECA event is the First Regional CFO Conference set to be held on March 27-28, 2013 in Dubai.

According to the group’s President Saleem Sufi, more than 250 CFOs from UAE, KSA, Pakistan, India and other Gulf countries have confirmed participation. MECA events are invitation-only and organised mainly for its members. If you are a senior finance executive and want to become a member of MECA, you may send your request via the group’s LinkedIn forum.