Body seeks to promote and develop profession in the country 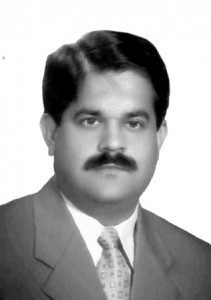 THE INSTITUTE of Chartered Accountants of Pakistan (ICAP) has been launched in the UAE, “to act as a guardian of the interest of its members in the country,” according to newly elected president, Khalid Mehmood.

“Currently there are approximately 600 ICAP members working in the UAE and it was felt that a formal chapter should to be launched to cater to the needs and requirements of the members,” Mehmood said, in an interview with Accountant Middle East.

ICAP has other four overseas Chapters including in the United Kingdom, Canada and Saudi Arabia. The UAE Chapter is the latest one, following elections which were held in July this year, where five members took over office to manage the affairs of the Chapter.

“We have started working on the strategy to formulate programmes for the ICAP members and have held various meetings to undertake key issues, such as; drafting of our constitution, planning the career professional development and interacting with other professional institutes and bodies in the country,” the chartered accountant said.

“The new committee is looking forward to working with other similar professional bodies in the UAE in order to harmonise accountancy standards in the country. Our objective here is to promote the activities of the industry, and develop the profession at international level,” he added.

Mehmood said that the UAE Chapter also aims to “extend the work of the main ICAP body in the Pakistan, by contributing in formulating economic policies of the Pakistani Government with specific focus on budgeting making and taxation.”