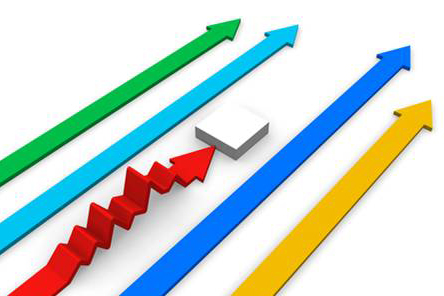 According to a new ICAEW report, weaker oil prices present a serious challenge to the growth outlook for the GCC region, which was already facing economic concerns, however, serious fiscal reform should see the region avoid recession.

The report is produced by Oxford Economics, ICAEW’s partner and economic forecaster. Commissioned by ICAEW, the report provides a snapshot of the region’s economic performance. In this quarterly review of the GCC+5 (Egypt, Iran, Iraq, Jordan and Lebanon), ICAEW takes a look at the fallout from the accelerated decline in oil prices in recent months, as well as the potentially transformational impact of the lifting of sanctions on the Iranian economy.

Oil prices are set to remain lower until at least 2017, due to the continuation of current Organisation of Petrol Exporting Countries (OPEC) policy and increasing concerns over growth in China and other emerging markets. OPEC’s policy of keeping oil production high in order to maintain market share and squeeze higher-cost producers out of the market, coupled by existing high stock levels and modest demand growth will see Brent crude average $32 per barrel this year and remain below $70 for the rest of this decade. Economic data from China suggests increasing problems with overcapacity, further undermining expectations for resource demand growth.

With the exception of the UAE, true economic diversification away from a heavy dependence on oil exports is yet to be achieved. Although non-oil growth averaged an impressive 7.2 percent per year from 2003-2014, much of this growth was fuelled by oil-financed government spending on infrastructure, key development projects, public sector salaries, benefits and subsidies. With government spending now set to be cut back, these growth drivers will fade.

In recent months, GCC governments have given serious consideration to fiscal consolidation. The Saudi Government has announced a year-on-year decline in planned spending for the first time in 14 years, while Oman has announced a 16 percent cut in spending for 2016 and a rise in corporation tax. All GCC governments have also committed to establishing a region-wide Value Added Tax (VAT) over the medium term to lift non-oil revenues and most have already started on cutting energy subsidies. Overall, government spending in the GCC region is expected to decline by eight percent this year and rise more slowly in future years.

Another threat to stability and growth in the GCC has emerged from pressure on long-standing currency pegs against the US dollar. For example, markets expect an unprecedented 10 percent depreciation of the Saudi riyal over the next year. Countries like Oman and Bahrain are particularly vulnerable due to low financial reserves. While de-pegging would generate greater government revenues by lifting the dollar oil revenues in local currency terms, it would also impose heavy costs, including rising inflation, a loss of policy credibility and additional volatility in oil revenues.

Sanctions relief in Iran also has implications for the region and the oil market. Following “Implementation Day” in January, evidence shows that Tehran is in a strong position to increase its oil output rapidly in the first year. The biggest regional impact of the deal is to depress oil prices and keep them lower for longer. This will add to the need for painful fiscal adjustment programmes among the GCC countries.

“The near-term objective for GCC governments will be to maintain financial stability and avoid a deeper crisis. Weak growth will make the case for economic reforms in areas such as privatisation and competition policy, housing, the labour market, education and the public sector bureaucracy even more complex on a country-by-country basis. A period of skilful policymaking will be required to balance the need for both growth and stability,” said Michael Armstrong, FCA and ICAEW Regional Director for the Middle East, Africa and South Asia (MEASA).