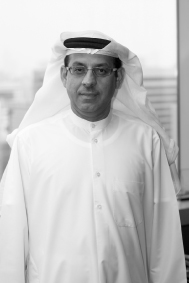 THE GROWTH and expansion of American businesses in the UAE is fuelling the demand of US Certified Public Accountant (CPA) qualification in the corporate world, according to Dr Abdul Kareem A. Alzarouni, the Deputy Group Chief Financial Officer, Finance Control Department, National Bank of Abu Dhabi (NBAD).

Speaking to Accountant Middle East in his office at NBAD’s headquarters in Abu Dhabi, Dr Alzarouni, who is also a US CPA, exalted the importance of the qualification, saying possessing the license opens immense opportunities to accountants, which can significantly help in their careers.

“Don’t get me wrong, there’s no superior qualification as all these professional certifications such as CPA, ACCA, ACA among others… help accountants gain the credibility that the license carries,” he said.

The UAE is one of the fastest growing US economic partnerships in the Gulf region with an estimated 800 American firms having a presence in the country, including major corporations like General Motors, General Electric, Boeing, Microsoft, Fedex, Starbucks, Bechtel, ExxonMobil among others. Therefore becoming a US CPA not only boosts one’s chances of securing placement in these top ranking companies, but also opens new doors of opportunities, Dr Alzarouni opines.

“The US CPA qualification creates a remarkable difference… as an accountant would need to provide employers with verifiable evidence to demonstrate that he/she is acquainted with American technical skills and accounting standards in order to work for these top ranking firms.

Last year, for the first time, the American Institute of CPAs and the National Association of State Boards of Accountancy (NASBA) started administering the US CPA exam outside of the United States.

Dr Alzarouni, who pursued his US CPA in America, lauded the move, saying previously, candidates were required to travel to the US to sit for the exam, “but now the hassles and hurdles of obtaining US visa have been removed with the administration of the exams here at home.”

“As an Emirati I would particularly urge local students to take up this opportunity, since the US companies operating in the UAE and other countries in the region are now able to hire local residents that understand US accounting standards, without having to rely on foreign expatriates,” he added.

As NBAD’s Deputy CFO, Dr Alzarouni foresees sustained demand for qualified accountants in the Middle East region in the years to come as businesses move towards implementing zero-tolerance policy in financial reporting.

“We cannot afford to be complacent,” he says, adding “This is the period we need to hire highly qualified professionals who are up to the task. Banks are now hiring talented accountants who demonstrate advanced knowledge and skills like corporate finance, tax, audit and legislation expertise, as these help accelerate their careers and enhance the value they bring to financial institutions.”

Revisiting the 2008 global crisis
According to the banker, accounting is no longer a technicality.

“Professionals need to have the skill to prepare and interpret financial reports that are released by businesses. It’s about being up to the level of knowledge, skills and trust. Stakeholders and shareholders are looking for professionals who can be trusted as advisors and understand the dynamics of today’s businesses,” he emphasised.

Revisiting the events of the 2008 global crisis, Dr Alzarouni recalled experiencing firsthand the financial meltdown. The global crisis began in early 2008 in the United States and then in Europe, which eventually spread to the rest of the world. Banks and lending institutions that had invested in risky real estate mortgages were the first to be hit as property prices tanked.

“We witnessed banks that were traditionally known as ‘too big to fail’ on the brink of insolvency. Decline of individual household wealth in real estate and equity markets in turn led to a drop in consumer confidence. This plunge in spending was what pushed the world’s economies into the recession.”

“Of course here in the Middle East region, countries have strong economic linkages with the global economy that go beyond oil. They have invested a large portfolio of financial and equity investments in these Western economies, which means that they had massive exposure to global economic downturns.”

“As the economies of the Middle East countries were also impacted by the global crisis, the financial institutions had to work with their respective governments in order to mitigate the negative consequences.”

This entailed reining in on risky lending which followed stricter financial regulations, while at the same time, governments injected fiscal stimulus.

According to the International Monetary Fund (IMF), banks and other financial lenders were among the first institutions to show weakness, and governments supported their commercial banks by providing credit support and liquidity.
“Among oil-exporting countries, Kuwait, Saudi Arabia, the UAE, and Libya strengthened their banking systems by offering their commercial banks deposit guarantees,” IMF said in a study in 2009.

Saudi Arabia best in GCC
As the former Chairman of the UAE Accountants and Auditors Association (AAA), Dr Alzarouni takes pride of the fact that he was instrumental in helping “to develop the accounting profession in the UAE to the best international standards.”

“AAA also works closely with other stakeholders like the Ministries of Economy, Finance and Social Affairs to encourage more UAE locals to pursue accounting careers. I was part of the committee in charge of developing the new accounting and auditing law in the UAE, and the association has been active pursuing its mandate, which is mainly to provide a suitable forum to develop the accounting profession in the UAE by serving its members, the profession, and society.”

“Granted, in terms of development, growth and integration of accounting profession, the UAE and the Middle East rank a little bit behind,” he continues.

“I think one of the main reasons is lack of awareness of the importance of the profession. We live in an interconnected world now economically and financially and therefore we need to keep pace with the rest of the world otherwise we stand the risk of being the weakest link in that network,” he urges.

Among the GCC countries, Dr Alzarouni says that Saudi Arabia has the best accounting and auditing practices.

The Kingdom has an active and dedicated accounting organisation called ‘SOCPA’, (Saudi Organisation for Certified Public Accountants), which develops and promotes the accounting and auditing profession.

“This association receives exceptional support from the Saudi government, which helps it to actively develop all the essential pillars of accounting profession, such as legal framework, accounting standards, audit standards, continuous professional development, quality assurance and ethics, in order to have the best industry practices,” he adds.

He also lauded the efforts of the GCC Accounting and Auditing Organisation (GCCAAO), saying the body which was established in 1998, has been at the forefront, helping to develop the profession to the best practice, working together with other professional organisations such as the World Bank.

“GCCAAO was heavily involved and participated in the discussion of the uniform accounting and auditing law for the GCC countries,” the banker said.

Recently the organisation signed an agreement with ICAEW to develop a quality assurance programme, which will be implemented across the GCC countries.