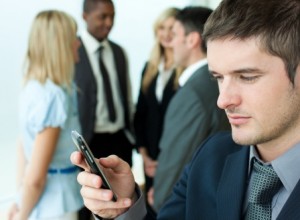 Many local companies are hiring in response to strong growth and demand in the region, according to new study

SIX IN 10 finance executives in Dubai are planning to recruit new permanent finance staff by the end of second half of 2012, and 8% are forecasting declines, a new study by Robert Half shows.

The net 52% increase is lower than the forecast for the first half of the year, but represents the second strongest estimate worldwide behind Brazil (57%). Dubai’s figure is 29 points higher than the global net average (24%), according to the international survey of 2,179 finance executives.

Finance leaders are understandably upbeat with eight in 10 remaining confident in their company’s and country’s growth prospects, respectfully, compared with last year, according to the latest Robert Half Financial Hiring Index.

The Index, which is the first bi-annual recruitment survey of its size and scope to focus exclusively on finance hiring in Dubai, shows that the biggest drivers for increased hiring levels are rising workloads (64%), and eight in 10 (81%) finance executives find it challenging to find skilled financial professionals today.

James Sayer, director, Robert Half UAE said: “While some of the larger multinationals are delaying adding to their headcount due to the ongoing uncertainty in the Eurozone, many local companies are hiring in response to strong growth and demand in the region. Regardless of their immediate plans to hire, companies are wanting to meet top candidates for fear that they may miss out, with some creating roles in order to secure the best and brightest.”

Sayer continues: “The large majority of finance leaders report difficulties when recruiting skilled finance professionals, particularly in the areas of audit, risk, financial planning and analysis and IT finance. Companies looking to attract and retain the most sought-after candidates should review their remuneration structures, with tools like the 2012 Robert Half Salary Guide providing guidance and benchmarking information against other companies in the region.”

Prospects for remuneration are also on the rise with half (49%) of finance executives expecting salaries for existing accounting and finance employees, increasing by an average of 6.97%. Looking at bonuses, 35% expect increases, by an average of 6.35% overall.