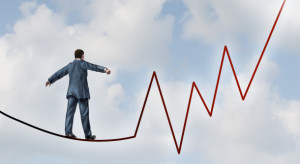 This year’s Deloitte survey sample covers 54 banks from  Europe, Middle East, Africa, Asia Pacific and the Americas. Key findings from the report include:

The Deloitte survey was conducted over a critical period in the development of IFRS 9 and provides insights into current thinking across the sector.

According to Joe El Fadl, Financial Services Industry leader, Deloitte Middle East, the timing of enforcement of IFRS 9 is originally set to take effect on January 1, 2018 with possibility of early implementation, is the biggest challenge given the final standard has just been released.

Furthermore he mentioned that other implementation challenges include: coordinating finance, credit, IT and other teams and resource constraints affecting the financial reporting team as well as the availability and readiness of support from risk and the application of the expected loss model for measurement of impairment.