What’s the fuss about IFRS 10? 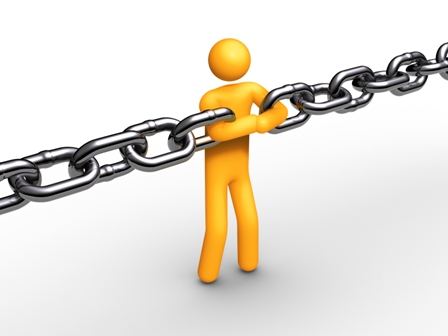 CONNECTION: In its new consolidation standard, IFRS 10, the IASB has stated that its objective is to develop a single consolidation model applicable to all investees. That model states that an investor consolidates an investee when it has power, exposure to variability in returns, and a linkage between the two.

A NEW consolidation standard has been long in the making.

Coming out of the financial crisis, there were concerns among some that existing consolidation standards failed adequately to portray the risks that investors in certain entities were exposed to.

Adding to the challenge is the fact that the International Financial Reporting Standards (IFRS) previously had two different consolidation models: one for special purpose entities and another for all other investees.

The general determinant for control was to determine if the investor had the majority of voting rights in an entity or control over the board, whereas for special purpose entities the control model required you to ignore the voting rights and consider the risks and rewards of the investee. The existence of two different models of control based on the nature of the entity was an area of potential accounting arbitrage.

In its new consolidation standard, IFRS 10, the IASB has stated that its objective is to develop a single consolidation model applicable to all investees. That model states that an investor consolidates an investee when it has power, exposure to variability in returns, and a linkage between the two.

Further, exposure to variability in returns is a broader concept than ownership benefits or risks and rewards. Returns can include not only ownership benefits such as dividends and changes in the value of the investment, but also fees, remuneration, tax benefits, economies of scale, cost savings and other synergies.

De facto control would typically exist where the entity has less than a majority of the voting rights in the company, but due to the fact that the remaining shares are so widely held (or a number of other factors) would mean that an entity effectively controls the entity. This would be particularly relevant for foreign entities in the Middle East who hold 49% of the shares in the company but would control the company in terms of the new definition.

As a note of caution, many local entities who have carefully ‘managed’ their shareholding to be between 40% and 49% (just below the 50% threshold) should be careful, as the concept of de facto control takes away the structuring opportunity of varying equity interest with actual participation and  power in the company.

The principal/agent analysis could be particularly important for industries such as funds, asset management and real estate. Under IFRS 10, the power over the fund’s relevant activities would most likely be with the fund managers. The important consideration for fund managers would be whether they are acting in a capacity as a principal or as an agent. The acid test for agency would be whether the fund manager can be removed without cause – a concept called a ‘kick out right’.

If there is a strong ‘kick-out right’ the fund manager would be an agent and not consolidate the fund. In practice, we have not seen any substantive kick out rights, and many fund managers at worst, be kicked out under circumstances of serious negligence.

Furthermore, since the control assessment is no longer based solely on ‘benefits’, but includes a broader concept of ‘returns’, the assessment would now have to take cognizance of other returns derived by fund managers other than their pure equity stake.

As many fund managers would be consolidating their funds as a consequence of IFRS 10, an amendment to IFRS 10 was passed by the IASB to allow investment funds; as defined; to avail of a consolidation exemption on their funds and instead account for their investment holdings at fair value. However, at this stage, we have only seen a limited amount of private equity funds avail of this exemption. There is a risk that many retail banks will not meet the investment entity exemption and may have to consolidate the funds that they manage.

Overall, implementation of IFRS 10 will require significant judgment, in several respects. Essentially, IFRS 10 can have one of three consequences for you in respect of each investment:

Although most businesses would like to believe that their original conclusions on control remain valid, our experience has shown that this would not always be the case. Contracts of control with foreign owners in the Middle East are often complicated due to the foreign ownership laws and these arrangements are impacted by IFRS 10. Secondly, almost all asset managers and funds should be taking notice of IFRS 10, as this standard could result in them consolidating more of their funds.

Companies should least evaluate their control situation rather than assume that the status quo for control remains under IFRS 10. As the standard is mandatorily effective for periods beginning on or after 1 January 2013, one would expect that many investors have already begun evaluating their involvement with investees under the new consolidation.

What is slightly concerning is that based on the 2013 interim reporting, it does not appear that many entities have changed their control conclusions on application of IFRS 10. Whether this status quo outcome comes as a result of a proper analysis or a lack of it – is not yet clear.