RESEARCH FROM the Grant Thornton International Business Report (IBR) reveals that globally, more women are making it into senior management roles than at any time since 2010.

However, progress is slower in the G7 group of developed economies, where economic performances have been stuttering, than in the high growth economies of Asia and the Far East.

Grant Thornton urges businesses in developed economies to emulate emerging market counterparts and reap the benefits of having more women in senior positions.

IBR data shows that globally, 24% of senior management roles are now filled by women. This is up from 21% in 2012 and 20% in 2011. However, the G7 economies are at the bottom of the league table with just 21% of senior roles occupied by women. This compares to 28% in the BRIC economies (Brazil, Russia, India and China), 32% in South East Asia and 40% in the Baltic States.

Hisham Farouk, Managing Partner of Grant Thornton UAE commented: “The pioneer economies where economic growth is high have greater diversity in their senior management teams. Women are playing a major role in driving the world’s growth economies, bringing balance to the decision making process and the smooth running of their companies. In comparison, the mature economies of the G7 are now playing catch up. They need to wake up to gender disparity and add this crucial ingredient to long-term growth and profitability.” 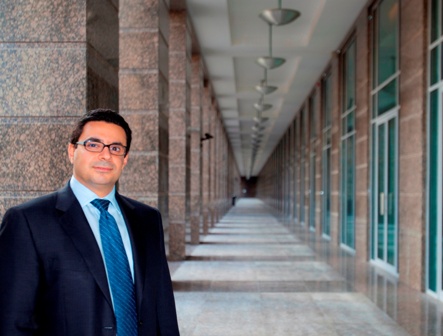 “Women are playing a major role in driving the world’s growth economies, bringing balance to the decision making process and the smooth running of their companies,” says Hisham Farouk, Managing Partner of Grant Thornton UAE.

GDP growth for 2012 there is expected to be between 7-8%. The top 10 also contains the growth economies of Latvia, Vietnam, Thailand and the Philippines.

The UAE, whilst it has some way to go, was showing positive signs in that 24% of companies surveyed are planning to hire or promote more women into senior management over the next 12 months.

Hisham Farouk added: “Quotas which have been announced within the UAE will move the gender inequality into a dynamic place over the coming years. We are already beginning to see and feel the shift in balance with a number of qualified entrepreneurial women adding to the business start-ups across the country. Businesses across the UAE need to embrace the change and empower its women to reach the boardroom.”