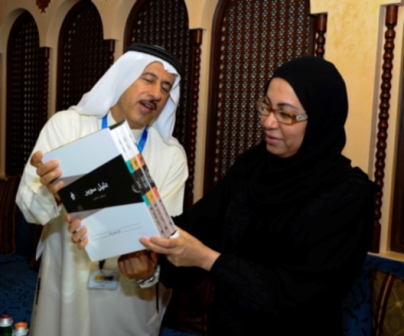 IN THEIR quest to continue to serve the profession on a wider scale rather than just within the UAE, the Board and Executive Committee of the Institute of Internal Auditors-UAE Chapter recently launched the 6th Edition of the ‘Sawyer’s’, internal auditing’s most widely-acknowledged reference book.

Draft copies of the translation, including a complete typesetting and printing that matched the exact standards of the original English version of the 6th edition of Sawyer’s were launched during the recent IIA UAE’s 14th Annual Regional Audit Conference in Abu Dhabi, which was inaugurated by the UAE’s Minister of Social Affairs Mariam Al-Roumi.

Augment skills
The final copies are expected to be available to the public by the end of June 2013.

“At IIA-UAE, we are always looking for new ways to advocate for the internal audit profession and help augment the skills of internal auditors particularly in the region,” says Kevin Rafiq, the UAE Chapter’s CEO.

“As such, we have decided that it has become a necessity to share the wealth of knowledge contained within the pages of the newest edition of the Sawyer’s with internal audit professional in the Arab world,” Kevin added.

The IIA-UAE’s commitment to give back was highlighted by the unanimous vote to support the funding of the first ever translation of the 6th Edition of the Sawyer’s.

Technical aspects
Kevin narrates the journey towards the successful Arabic makeover of Sawyer’s; “As a first step, approval from the IIARF was secured and a solid translation, printing and marketing plan was prepared before embarking on the ambitious project. Once all the required administrative steps were finalised, a qualified translation firm was selected through rigorous request for proposal process, and work began shortly thereafter.” 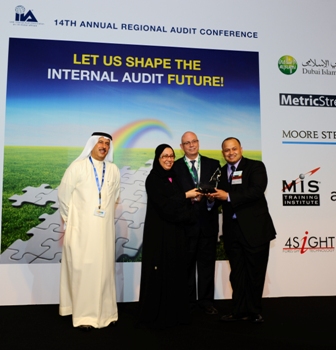 The IIA Research Foundation team is honoured with an award for the 6th edition of the Sawyer’s Project, during the recent annual conference organised by the UAE IIA in Abu Dhabi.

“As part of their commitment to assure the quality of the translated work, a double layer of quality assurance reviews was scheduled for the project plan. The first layer was completed by the translation firm after the first external review, and once the required adjustments and editing were made, the final quality review was completed by a team of highly qualified and bilingual certified internal auditor and other practitioners.”

“Both levels of quality reviews included not only the language aspects of the translation but most importantly, the technical aspects in order to preserve the true meaning of the original English text,” Kevin says.

Value of profession
According to Kevin, the June 2013 launch date of the final edition will make it possible for the participants of the Annual Chief Audit Executive conference to purchase copies for their respective organisations and clients.

“Enough copies will be printed to accommodate the need of Institute’s leaders who are planning to attend the next Global Council scheduled for Dubai in March 2014. The total printed quantity will also satisfy the need of participants who plan to attend the 15th Annual Regional Audit Conference schedule immediately after the 2014 Global Council,” the CEO added.

The book is named after Lawrence B. Sawyer, a Brooklyn-born son of Russian immigrants who found his calling in internal auditing. He dedicated his life to sharing the value of the profession through speaking engagements and a host of publications that positioned him as one of the great visionaries of his time.

According to David McCabe, a member of The IIA Research Foundation’s (IIARF’s) Committee of Research and Education Advisors, “Larry Sawyer was a prophet and a futurist who could foresee and predict what others could not. His writings were a key factor for myself, and many others, in choosing a rewarding and meaningful career.” 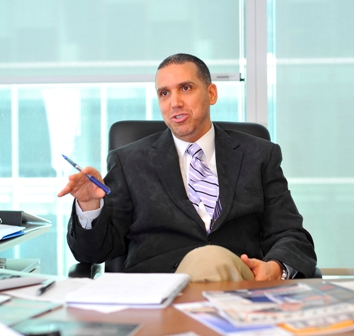 Kevin Rafiq, the Chief Executive of UAE IIA has particularly been instrumental in the translation process of the Arabic version of the 6th edition of the Sawyer’s.

The original edition of Sawyer’s Guide for Internal Auditors came out in 1973, and it marked the first time that internal auditing was defined and explained in such a comprehensive and meaningful way. It quickly became – and has remained – one of the most valuable resources for internal audit practitioners at every level.

The IIA also updated the International Standards for the Professional Practice of Internal Auditing (Standards), new guidance was issued relating to fraud and information technology, and risk and control frameworks were developed.

The latest edition was released in the spring of 2012 and contains critical updates surrounding internal audit practices, guidance, and research. This 6th edition addresses all of the earlier updates that were effected, as well as provide insights from the 2010 Common Body of Knowledge (CBOK) Study, the most comprehensive global study ever conducted on the profession of internal auditing.

It contains three core modules including internal audit basics, reporting and managing relationships, and information technology and emerging trends. In addition, a new section focusing on Governance, Risk Management, and Compliance (GRC) has been added.