One world, one set of converged standards

Deloitte Partner, Abbas Ali Mirza, hopes that the accounting world will soon have a common set of global accounting standards, rather than country-specific accounting rules 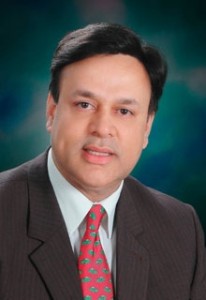 IN A BID to ensure that all countries converge into a common set of global accounting standards, proponents of the International Financial Reporting Standards (IFRS) wary of the slow pace the journey towards this process has been taking.

Following the global financial meltdown, world leaders (including the G20) and accounting professionals the world over called for a uniform set of global accounting standards that the International Accounting Standards Board (IASB) has been entrusted with to develop and promulgate.

Conforming to IFRS
According to the IASB, to this day, although approximately 90 countries have fully conformed to IFRS, about 120 nations have adopted reporting jurisdictions that require IFRS for their domestic listed companies.

Similarly, dramatic changes to promulgated standards have been made by global standard-setters such as the IASB in order to keep improving values and also enhance transparency in financial reporting.

In an interview with Accountant Middle East about the US convergence with IFRS and the recent report by the US Securities and Exchange Commission (SEC) on this subject, Abbas Ali Mirza opined; “The issuance of the much-awaited final report by the US SEC on July 13, 2012 captioned ‘Work plan for the consideration of incorporating IFRS into the financial reporting system for US issuers’, came as a ‘bolt from the blue’ for the protagonists of the international accounting movement.”

Abbas, who is also a member of the Deloitte’s regional IFRS leadership team for the Middle East region and an author of several books on IFRS globally, added that much against popular expectations, “the US SEC report did not provide the expected impetus to the high riding wave of internationalisation of accounting.”

Addressing key issues
The reasons outlined in the report for not being supportive of incorporating IFRS into the US financial reporting systems at the present are that: IFRSs are underdeveloped in certain areas, the IASB should do more to address the interpretative process, as well as consider greater reliance on national standard setters.

Other reasons include that IFRSs need to be applied and enforced in jurisdictions around the globe in a more consistent manner; there is a need to put in place a mechanism specifically to consider and to protect the US capital markets; the funding mechanism for the IFRS Foundation, more specifically the continuous reliance on large public accounting firms to provide funds to the IASB; and lastly, the need to improve investor engagement and education related to the development and use of accounting standards.

“Let me hasten to add, this SEC ‘staff report’ might have been perceived by some to be the final blow to IASB’s untiring efforts to gain acceptance of its standards by the US, but, luckily, it was categorically conveyed to the world of accounting in the report that the views expressed in the SEC report were those of the ‘SEC staff’ and not necessarily those of the ‘US SEC’ (in other words, this was not the official stand of US government on this very important and highly contentious issue of IFRS acceptance by the US),” Abbas said.

Standard setters set pace
Explaining how accounting standards have been impacted in the long term as a result of the urge to keep churning out new and revised standards, Abbas said; “From time to time standard setters issue IFRS after first exposing them to their constituents (at which stage of development the Standards are regarded ‘Exposure Drafts’). In addition, IASB is working under a Memorandum of Understanding (MOU) with the Financial Accounting Standards Board (FASB), the US standard setter, to work towards achieving ‘convergence’.”

“Therefore we note that the international accounting and financial reporting standards are constantly being revised and in fact, in some cases the original standard could be revised twice or even three times within a few years.”

And is there any move on the part of the international standard setters to address the needs of small and medium sized entities?

“The IASB has been progressively reducing the size or the scope of the entities to which its accounting standards apply – from ‘IFRS for all’ to ‘IFRS for SMEs’. Now, the IASB is getting ready to develop guidance for ‘micro-entities’,” Abbas explains.

“Initially, the IFRS issued by the ‘IASB’ were applicable to all entities irrespective of their size. In addition, with the determined efforts of the IASB, these standards gained tremendous popularity across national borders and were adopted by over 120 countries of the world including several countries in the Middle East.”

Cognisant of the much-talked about philosophy of ‘one size does not fit all’, the IASB set its sight on developing a standard that would address the needs of ‘small and medium-sized’ entities (SMEs). And after years of intense debates, they finally issued the ‘IFRS for SMEs’ standard in July 2009. This came as a big relief to ‘SMEs’ since this standard is a much shortened version of the ‘full IFRS’ (almost one-tenth in terms of the number of pages compared to ‘full IFRS’).

What is to be noted is that, in effect, the IASB has done its job by issuing the standard on ‘IFRS for SMEs’ and now it is up to the regulators in each jurisdiction that have adopted IFRS to allow those standards to be used in their respective jurisdiction.

“It is a challenge to stay abreast of the changes and to keep oneself up-to-date in the current times, as there are ongoing amendments to the standards,” he said, adding that “by staying well-informed and up to speed with the latest technical advancements, accountants and auditors can then use the most up-to-date thinking on any contentious issues.”

“When I embarked upon this professional career the most important personal attribute I kept in mind was to pursue it with perseverance, determination and hard work,” he adds.

Abbas is the author of a number of IFRS-related books published globally, and has also served as the chairman of the 21st session of UNCTAD’s Intergovernmental Working Group of Experts on International Standards on Accounting & Reporting (ISAR), a group based at the United Nations in Geneva. He also chairs the Dubai Chamber of Commerce’s Auditors Group.

Triple ‘S’ Theory of Success
According to Abbas, “success does not come easy, but requires commitment, hard work and discipline.” He reveals his TRIPLE ‘S’ theory of success, which he says has largely been the driving force in his personal life. These principles are explained briefly below:

Views expressed in this interview are those of the interviewee and may not necessarily be shared by the firm or organisations that he is part of.