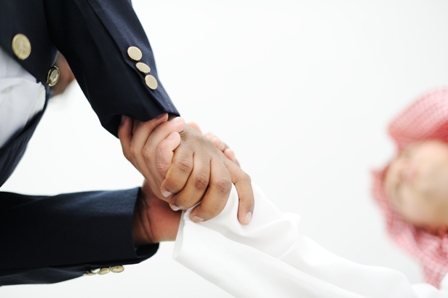 Hiring in Dubai and Abu Dhabi will remain buoyant over the next six months, according to the latest Robert Half-Financial Hiring Index.

MORE THAN eight in 10 (83%) UAE finance executives will be recruiting in both the first quarter and first half of 2013, according to specialist financial recruiter, Robert Half UAE.

Based on a survey of 75 CFOs/FDs, first quarter hiring prospects will find 31% of finance leaders expanding their departments and 52% maintaining levels by filling roles that have been vacated.

Only 12% of companies will be undergoing a hiring freeze in the first quarter and 5% will reduce headcount levels.

The Robert Half Financial Hiring Indexfinds that Dubai-based financial leaders plan the most hiring activity in the first quarter with nearly four in 10 (37%) anticipating expanding their finance teams and 48% backfilling roles for vacated employees. Abu Dhabi chiefs also remain optimistic, with 21% expanding and 59% maintaining headcount levels before the end of March.

75 CFOs/FDs in Dubai and Abu Dhabi were asked, “What are your company’s hiring plans for permanent accounting and finance professionals in the first quarter/first half of 2013?” Their responses:

Despite increased hiring throughout the UAE, companies are struggling to find the requisite talent to manage key initiatives. Nearly nine in 10 (87%) executives say they find it challenging to find skilled financial professionals with financial/management accounting topping the list of the functions most difficult to recruit.

Not surprisingly, nine in 10 (89%) executives are concerned about losing top performers, prompting many to issue counter offers and/or increased salaries and bonuses.

James Sayer, director, Robert Half UAE said: “The downturn saw the finance function coming to the fore as companies were forced to review processes with the aim of improving efficiencies, finding cost savings and making strategic decisions to facilitate growth. As the economy gains momentum, finance professionals, now occupying a place at the decision-making table, will continue to be sought after to drive strategy, process improvement and compliance initiatives.”

“With demand outweighing supply, many organisations find it challenging to attract and recruit the requisite talent and are turning to recruitment consultancies and expatriate recruitment to help fill the gap,” he added.

Confidence levels amongst UAE executives continue to be strong with eight in 10 (81%) confident about the country’s growth prospects in the coming six months and 92% confident in their own company’s prospects.

The latter is up 12 points over H2 2012 levels and three points higher than the Index one year ago, indicating that companies are confident in their potential for growth in the coming months.

Sayer continues: “While some uncertainty exists in certain sectors, most finance leaders have taken the lessons learned during the downturn and are again turning their attention towards growth. They are confident in the prospects facing their company in the coming months and are hiring additional permanent staff to help manage rising workloads and growth initiatives.”