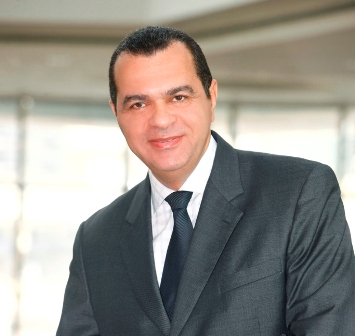 “One of the factors defining the fiscal landscape in the Mena region is the low corporate tax rate prevalent in many countries,” says Sherif El-Kilany, Mena Tax Leader, Ernst & Young.

However, as a consequence of lower tax collections, tax authorities in a number of countries in the Mena region are actively also considering and implementing changes in tax policy and compliance requirements that are likely to have significant effect on local taxation environments.

One of the most important trends in the GCC and Mena has been the increase in FDI as a result of attractive business opportunities and favourable lower taxation rates. This is particularly so in the GCC, where between 2003 and 2011, GCC countries attracted over 79% of FDI projects in Mena, comprising over 62% of the value of business projects and over 65% of the jobs created. The GCC Trio (the UAE, Saudi Arabia and Qatar) maintain the lead, both in terms of numbers and investor expectations.

Sherif El-Kilany, Mena Tax Leader, Ernst & Young, said: “One of the factors defining the fiscal landscape in the Mena region is the low corporate tax rate prevalent in many countries, with the effective corporate tax rate in Qatar at 10%, Oman 12%; Iraq and Kuwait 15%, and Saudi at 20%. However, the need for effective taxation is creating an increasingly challenging tax environment in many countries, with more stringent tax compliance measures being introduced by tax authorities. GCC countries are collectively studying the possibility of VAT implementation by 2015 and this determination will influence the tax landscape of the entire region.”

Saudi Arabia has effectively applied a lower taxation rate and has facilitated foreign ownership of business and investment ventures within the Kingdom. It is the largest recipient of FDI in the Arab world.

While 100% foreign ownership is permitted in the construction sector, direct investment is permitted both in resident capital companies and through the establishment of branches of non-resident companies. Saudi currently boasts 24 double tax treaties (DTA), aiming to facilitate trade and development.

UAE is the second largest recipient of FDI in the Arab World after Saudi Arabia. It was complemented by the number of DTAs signed between the UAE and other countries, which have surged by more than 40 per cent in the past four years, and this trend is expected to continue.

The taxation environment in Kuwait is steadily evolving to further facilitate trade within the region. GCC-owned companies are exempt from paying applicable taxation, while foreign companies are liable for a 15% tax rate, a significant drop from the previous 55% tax rate.

Qatar has also witnessed significant recent changes. As of February 2013, Qatar holds 53 effective DTAs, with a further 28 not yet in force. Presently, there are no anticipated amendments to the tax laws in Qatar, whilst the established laws take full effect.

As Iraq becomes a more established market within the Mena region, tax rates have been fixed at 15% for FDI. Progressive rates ranging from 3% to 15% are applied for individual employee’s income tax. The country imposes indirect taxes on customs, property and sales ranging from 5% to 30% depending on the nature of the business and investment sectors. As foreign investment opportunities increase, tax exemption has also been introduced in Iraq for certain contracts that were signed after 2010. Contracts exempt from taxation were those financed by the Investment Fund, executed in Iraq’s Free Zone, and or those aiming to encourage investment promotion.

“The region has witnessed fundamental shifts in the direction of taxation laws to accommodate further FDI. This is done by facilitating and easing processes pertaining to application and registration. Additionally, the region is set to witness a rise in infrastructure development resulting in higher FDI based activity within the GCC specifically, and MENA in general,” said Sherif.