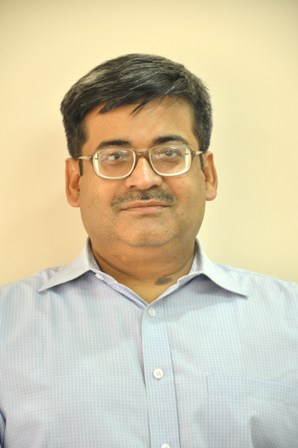 OFTEN THE clouds across Atlantic clash with each other and cause torrential downpour across civilisations that lie on its shore.

Often it stays cloudy for days and then suddenly the sun comes out brightly forcing the clouds to retreat, but a prudent man would always reach for the umbrella since one never knows.

In the wonderland of accountants we see such a cloud growing in strength arising out of the loss provisioning norms suggested under exposure draft of International Financial Reporting Standards (IFRS) 9 and consequent industry reactions coupled with the differential view taken by the Financial Accounting Standards Board (FASB). This article takes a look into the provisions and impact that can be felt at the desk of the accountants.

The IASB exposure draft on financial instruments expected credit losses was issued March 7, 2013 bringing in amendments as to recognition, measurement, presentation, and disclosure of expected credit losses. Salient aspects of the suggestions put forward in the draft included the following:

Scope: The standard requires providing for a credit loss provision for all financial instrument that are subject to erosion in value arising out of credit risk. The proposed approach will apply to all financial assets carrying credit loss risk on them. Some loan commitments and financial guarantee contracts will also be covered by the approach.

Following financial instruments are covered by the proposal:

i)                    Probability Adjustment: An unbiased and probability weighted amount which would encompass a range of possible outcomes. This can be described by a matrix comprising of extent of loss in lifetime cash flow on default and probability of such loss arising. We will describe this matrix in greater details later in the article.

ii)                  Time Value Adjustment: Adjustment for time value of money arising out of payment delayed beyond contracted schedule. This is essentially the present value of the lifetime cash flow due and the amount the entity now expects to receive. The relevant discounting rate should be between the risk free rate and effective interest rate of the financial asset, though the range may be violated on period after initial recognition due to changes in risk free rate. In case of undrawn loan commitments and financial guarantee contracts, the discount rate should reflect the current market assessment of the time value of money and risks specific to the cash flows. In cases of purchased or originated credit impaired financial assets, credit adjusted effective interest rate should be used to discount cash flows.

Recognition: Recognition of the expected credit loss is broken up in a three-stage. In the first stage an entity will apply portfolio approach to provide for such losses unless any individual asset demonstrates signs of specific impairment. In such cases the individual asset will be marked separately and move on to the second or third stage, as the case may be. An overview of the three-stage approach is stated below:

Disclosure: The proposed disclosure seeks to identify and state the impact of expected credit losses amounts on the financial statements and the effect of deterioration and improvement in the credit risk of relevant financial instruments.

The three-stage impairment approach would be extended to off-balance sheet items like loan commitments, financial guarantees, and others. While estimating the 12 month loss provision, the reporting entity will consider the portion of the loan commitment expected to be drawn down within the next 12 months.

Similarly while estimating lifetime expected credit losses the portion of loan commitment expected to be drawn over the remaining life the commitment when is to be considered. This provision has a far reaching impact as we are reflecting a probable loss against an unrelated revenue stream and would be presented as a separate liability line item.

It must be accepted that all interest earnings includes a premium for credit risk of the borrower and charging of a loss allowance effectively nullifies the effect. However inclusion of the accrued amount without any adjustment for the credit risk is unlikely to provide an accurate measure of the realisable value. At the same time, interest accrual is made on gross amount – thus effectively offsetting any adverse impact on performance measure.

Major difference between IASB and FASB lies in that FASB considers all contractual cash flows that are unlikely to be collected instead of the 12 month and lifetime credit loss approach preferred by IASB and consequently the exposure draft of FASB do not have a transition criteria.

Having discussed the proposed standard let us look into the three major steps necessary for operationalising the model.

2.      Identification of point in time when credit quality deteriorated: This is necessary essentially because we need to recognise the event in our financial reports and also to define the time period over which present value adjustment will be carried on. We will need to define triggers that will allow us to identify such time. For example we need to define whether the deterioration takes place on expiry of 30 days overdue or 30 days overdue manifests that credit deterioration has taken place on the due date of payment.

3.      The future expected cash flow from impaired asset: Present value of difference between this amount and contractual cash flow will define the extent of expected loss. 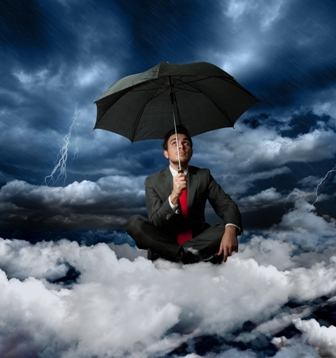 Let us now have a look at the credit risk estimation models that may be useful in determining the loss allowance. An effective model will be one which includes a set of variables which contributes towards the performance of a credit exposure. These variables are to be identified primarily based on domain expertise and then validated using statistical processes.

In my personal experience supported by collective experience of risk modelling experts, one of the critical data in designing the model is the transactional behaviour of the counterparty. Other variables may include financial parameters like sales, profit ratio, market share, incremental revenue, leverage ratio, loan to value, and others along with economic indicators.

If the lender entity is not privy to regular operational update from the borrower entity, the model will depend mostly on publicly available information which would generally include quarterly statements, press reports, and third party credit rating. These variables are then examined to identify whether they evidence any causal relation with the default event. The model will then assign various weights to various variables signifying the extent by which they influence the default event. Once the casual relation is established, the model can be extrapolated over new credit events.

Though various models can have different designs but looking at the time and expertise that a non-banking institution is likely to have for such complex computation and interpretation process, my personal favourite are the models that provides a probability of default using the multiple variable driven model described earlier. Thus we will have a single value ranging from 0% to 100% denoting the probability of default.

The data analysis necessary to arrive at this probability of default value will allow us to find the expected loss, as a percentage of the exposure value, that the entity may suffer given a default. All we now need is to identify the discounting rate.

This is how these data will be used:

Consider a company have customers from two regions – Middle East and Europe with total customers numbering 200 and 250 respectively. Past evidence suggests that expected default rate to be 10% and 8% respectively. Following table shows the computation procedure required to find out the loss rate.

It is evident from the table above, that computation framework for arriving at expected loss is dependent on assessment of the probability of default and discounting rate.

We have earlier described the conceptual framework of arriving at these. Financial institutions have significant investment in risk management department and are likely to have the computational infrastructure for computing these values. Non-financial entities will need to choose between making an investment on building up the infrastructure or deploy a simple spreadsheet based solution by investing in designing a model and then merely update the same for future period.

Increasingly such solutions are being available on the cloud or being provided by external experts. The decision will be entirely driven by the complexity and volume of the business. Corporate houses in the Middle East Asia will have an additional challenge in terms of recognising the unique trade conditions that may make a ready-made model inappropriate.

No matter how the company addresses the issue, the January 1, 2015 deadline is closer than it may seem on the calendar considering the complexity of model design. It may be sensible to start rolling out the enablers. Even without regulatory requirement, it is a good practice to adopt. In face of a dark cloud, an umbrella is always handy.