THE SUBJECT of bribery and corruption in the region is still not a comfortable one. Bribery has been with us since time immemorial, it is not new. Yet since only relatively recently, has it started to be taken seriously. Why and what to do? 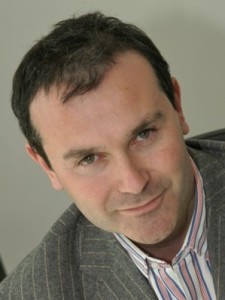 Why – Pressure to legislate against bribery

To understand why, we need to go as far back as 1977, when the Foreign Corrupt Practices Act (FCPA), came into force in the United States. The legislation, which criminalised the bribery of foreign public officials, followed a string of corporate scandals in the United States.

Since the FCPA came into force, American business leaders have complained that US companies were placed at an unfair disadvantage because they were not able to operate on a level playing field. This led to pressure for US politicians to encourage other countries to take a similar stance. It also culminated in the signing of the OECD Convention on Combating Bribery of Foreign Public Officials in International Business Transactions in 1997.

The 39 countries that signed the convention (none of whom were originally in the Middle East) agreed to put in place legislation that criminalises the act of bribing a foreign public official. This has led to a flurry of legislation.

We have recently seen the passing of the UK Bribery Act. At least five countries in the EU have or, are, currently amending their bribery laws including the Czech Republic, Ireland, Luxembourg, Romania and Sweden. Outside the EU, Australia, Brazil Mexico, India and Russia have also either recently amended, or are considering amending their statutes. Zambia is the only African country cited.

Until relatively recently, governments in the Middle East have watched these developments from the sidelines. However, there are signs that here too, governments are starting to take the subject of corruption seriously. In June 2012, it was announced that in the UAE, the State Audit Institution has been instructed to prepare an anti-corruption draft law. Meanwhile, back in November, 2011, Qatar announced the set up an anti-corruption watchdog, the Administrative Control and Transparency Authority (ACTA), which has been tasked with tracking state ministries and agencies and probing claims of abuse of power or public funds.

Why then, if corruption has been with us since well before the Pharaohs, are we suddenly seeing an interest in the topic? It has long been understood that bribery has a detrimental effect on economic development. Bribes, even small payments, are socially damaging as they promote a cultural acceptance of a vice that tends to lead to the spread of corruption and the undermining of legitimate governance and the rule of law.

The realisation that corruption is harmful is however not the only driving force for change, embarrassing investigations, multi-million dollar fines, blacklisting of companies and even jail time for executives are surely having an effect too.

We have seen more and more bribery allegations reported in the media, many of them involving Middle East companies. The sectors that crop up most often include, defense, healthcare and oil and gas but there are also a number of reported cases in the construction sector and indeed diversified industrials.

What to do – adequate procedures

Ignorance is not a defense. Regulators are starting to hold companies criminally liable if they don’t have adequate anti-bribery procedures in place. It is important to realise that this duty of care extends to agents and distributors acting on an organisation’s behalf.

What procedures should an organisation have in place? Until relatively recently, the level of guidance in this area was poor, no longer. Transparency International recently issued detailed guidance on the topic, whereas the UK Ministry of Justice (MoJ) has suggested a risk-based approach to managing bribery based on six key principles. These six principles follow a common sense approach and are explained below: 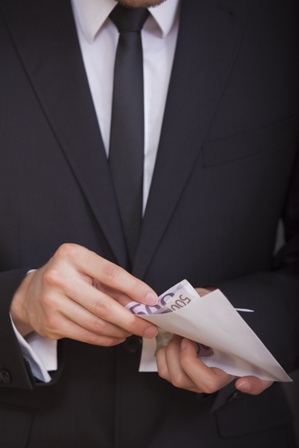 Bribes, even small payments, are socially damaging as they promote a cultural acceptance of a vice that tends to lead to the spread of corruption.

Regulators expect to see clear evidence of commitment by the Board and Senior Management to fighting bribery and corruption in their origination (‘Tone at the Top’). This means promoting a culture within the organisation in which bribery is never acceptable. Regulators look for a clear statement by the company against bribery, involvement of senior management in anti-bribery procedures (steering committees, decision making and monitoring) and evidence of anti-bribery messages in internal and external communications.

Organisations are expected to perform bribery risk assessments to identify which areas of the business carry a high bribery risk. When carrying this out, an organisation should consider, amongst other things:

a. Type of Business / Business Model

Tendering is also a high risk area. If tendering (either for sales or for purchases) is characterised by a long winded, onerous procedures and the value of the tender is high, then the level of risk is intuitively greater.

c. Use of agents or intermediaries

The level of risk increases where a business uses intermediaries. You should be particularly vigilant in cases where:

Staff should be trained to be vigilant for suspicious vendors. They should be sceptical when invoices have vague descriptions, the vendor was set up or dormant prior to doing business with you, or the vendor was founded immediately prior to finalising the business agreement.

Certain areas of expenditure should be subject to careful controls. They may include, for example:

Speaking to Senior Management, I have often heard people say that corruption is merely ‘a cost of doing business’ but they do not condone it and their organisation will not engage in corruption but they cannot vouch for their business partners (be they, agents or intermediaries, suppliers or contractors). The regulators will not accept ignorance as a defense. On the contrary, organisations are surprised at the extent to which they are being held accountable for the actions of their business partners. This has profound implications.

The key consequence is that due diligence reviews using a proportionate risk-based approach, should be undertaken periodically. In particular, there should be a focus on ‘associated persons’, for example, those business partners who perform, or will perform, services on behalf of the organisation, including agents, distributors and high risk vendors.

When determining corruption risk, the business must:

Increasingly, companies are employing the use of specialist forensic organisations for this purpose. Simply asking suppliers to provide uncorroborated supporting documentation is not good enough in practice. You should independently corroborate, who the actual owners of the business partners are, how long and the extent to which they have been engaging in their field of expertise, as well as, their reputation for conducting business with integrity.

Periodic risk-based management and staff training ensures that anti-bribery policies and procedures are properly communicated and embedded throughout the organisation. This can be promoted by internal and external communications and training focused on high risk areas or functions of the business.

In common with other types of misconduct, it is very important that the organisation develops adequate whistleblower channels, through which, suspected cases of bribery may be anonymously reported.

Last but not least, regulators should see evidence of monitoring and regular review of the anti-bribery procedures in place.

Although the subject of bribery may not be a comfortable one, the Boards of our top companies are slowly coming to the realisation that they can no longer afford to ignore, tolerate, or simply outsource, the problem of bribery and corruption.

The message from the regulators is clear, companies and their management will be increasingly held to account and bribery should no longer be regarded as ‘simply a cost of doing business’.