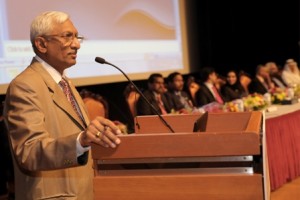 THE INSTITUTE of Chartered Accountants of India (ICAI) – Abu Dhabi Chapter has grown exponentially and now boasts a strong membership base of around 600 members.

This was revealed during the chapter’s 24th annual international seminar and the 1st GCC conference that was held recently under the theme “Waves of Change…Oceans of Opportunity”.

The two day seminar that was inaugurated by Sheikh Nahayan Bin Mubarak Al Nahayan, UAE’s Minister for Higher Education and Scientific Research, saw a record gathering of more than 800 attendees, who included Sachin Pilot, India’s Minister of Corporate Affairs, Huda Al Matroushi, Board Member of Abu Dhabi Chamber of Commerce and Industry, M. K. Lokesh, the Ambassador of India to UAE and Jaydeep Shah, the President of ICAI.

Sheikh Nahayan Bin Mubarak Al Nahayan praised the contribution of the Chapter in furthering the friendly and professional relationship between India and UAE.

The Abu Dhabi Chapter of ICAI was established in October 1984 and operates under the legal umbrella (as a member) of the Indian Business Professional Group, Abu Dhabi. The main objective of the Chapter to provide continuous professional enhancement to its members and regularly organises seminars, workshops and training programmes.