The dynamics of buying real estate property in the UK through a British Virgin Island company, or in a Trust, have changed, offshore tax expert Christopher Coleridge Cole reckons 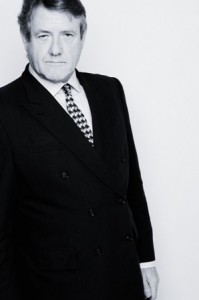 FOR HIGH net-worth GCC nationals who have over the past 10-20 years invested in the UK’s burgeoning residential property market, the appeal has been colossal.

The returns in the higher ends of the London’s property market, even in the large sporting estates and Georgian country houses, have proved irresistible in their consistency and stability.

Typically, the large multi-national legal and accountancy practices have for decades advised their UAE and Saudi national clients that, to avoid UK Inheritance Tax payable by everyone with UK – situs assets (even the objet d’art in your apartment), the simplest method of buying British real estate was to purchase it through a British Virgin Island company (a BVI) or in a Trust.

That was incontrovertibly sound, perfect advice, up until now.

From April 5 2013, in only four month’s time – that will almost certainly be the worst possible course of action to pursue.

I thought I would briefly summarise the details of Her Majesty’s Revenue and Customs (HMRC) and Chancellor Osborne’s attack on currently legitimate tax planning structures involving company or trust-owned properties – ‘non natural persons’, – as they now call it, worth in excess of £2 million, now and in the future.

They have taken the following steps;

1. Implemented already a Stamp Duty charge (SDLT) on purchases of 15%.

2. Created an increasing Annual Charge/ Tax (AC) on both UK & Offshore corporates. This will be revalued every five years.

3. They plan to impose a Capital Gains Tax (CGT) at probably 28%, on the sale of such Offshore Company-owned UK residential properties.

There is a significant, extremely negative factor about this CGT punitive charge: the UK Revenue is imposing the charges from the time the property was purchased! Not from April next year when it becomes law – but from the time it was initially acquired, even if that was 10 years ago and is now ‘pregnant’ with Capital Gains. Seriously shocking revelation. Effectively it is a Retrospective piece of legislation; hugely penal.

Whilst the Stamp Duty hike exists already, the AC & CGT implementation is scheduled to come into force in April 2013. A consultation document which has been in the public domain since April, is due to be signed off on December 11. At which point we believe that the measures outlined above will be ratified.

There is a massive window of opportunity for people either intending to buy investment property or already owning it through a Corporate or BVI, to avoid these costs by placing the assets into a special trust known as a (Qualifying Non-UK Pension Scheme) QNUPS. These are held in Guernsey, Malta or Gibraltar (visit www.greshamstreet.com) but there is now less than four months to effect this – with Christmas, New Year and Easter all falling in between now and the D-Day.

In the last few weeks as accountants, bankers and lawyers struggle to advise clients on their best immediate course of actions. Deloitte gave a presentation in Dubai to this effect at the end of November, and suggestions have been made to us that the simple way round these penalties is to sell on the entity, the BVI, in its entirety thus avoiding realising CGT and Stamp Duty.

This used to be a viable option up until the current law changes: seriously not a good idea now, because it’s potentially litigious.

Three problems: a) you have to find a buyer willing to do it, so it limits your market; b) potential for HMRC to find a way of negating this if it were to prove an avenue, possibly by simply increasing the rate of CGT payable; c) thus thirdly, creating a massive potential CGT liability for the unwitting new purchaser where the property is clearly pregnant with capital gains which he personally never incurred.

As an accountant, lawyer, private banker, would you advise your client to go down this route? I think not.

These penalties will apply to all foreign nationals, UK citizens, all non-resident expatriates who own property in this fashion. And if you do not possess investment assets in a company but rather own genuine buy-to-let properties in your own name, a QNUPS is a perfect platform for you to build up your retirement wealth, to trade your assets, and to create significant retirement funds which can always be passed on to your beneficiaries entirely outside IHT without the complications of BVIs.

Two additional plus points for a QNUPS trust and the investments held within include: QNUPS are non-splittable in divorce proceedings and more importantly in the case of property speculation, they fall outside an individual’s estate in the case of bankruptcy proceedings providing there was never any intent to Defraud at inception.

What we must stress however, that this is not some sham, wishy washy Offshore Trust scheme concocted by clever lawyers in far off BVI jurisdictions. It is an HMRC designed and therefore obviously fully approved platform which they created and has been passed into Statute in the Inheritance Tax Act of 2010.

What more frankly does anyone need for comfort or confidence in such a platform? For those who still require further confirmation, there is clear reference to this in the Act’s Provisions, not to mention a considerable segment in the HMRC’s own website.

Please treat this seriously. It is the perfect concept for consolidating your wealth entirely legally, outside of Osborne’s dreaded clutches and should be addressed whilst the opportunity exists – but four months will go very quickly.

I would be delighted to speak with anyone who is concerned by this and would like to take proactive steps to avoid these potential immense costs.