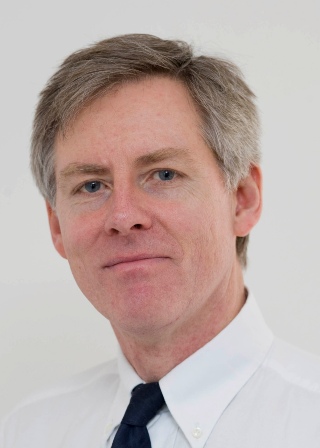 Will Spinney, Associate Director of Education – Association of Corporate Treasurers

AS AN accountant you will no doubt have many years experience recording the impact of foreign exchange on sales and costs of a corporation and the valuation of it’s assets and liabilities.

That said, have you ever thought about how you influence what they might be to the positive benefit of your company compared to your competitors? This article explores some of the concepts and issues around foreign exchange risk on normal trading transactions – things that may happen before you crunch the numbers.

As an example, consider the two following examples:

1. An importer quotes a price in the currency of his local customer, while having costs in sterling. The quote remains open for some time, leaving time for rates to move.

2. A transport operator needs to buy assets which are quoted to him in a foreign currency. The rate at which the currency is bought changes the base value of the asset and may cost competitiveness compared to another operator in the same field.

Economic risk is the risk that we are competitive in the first place and that we can actually bid. The exchange rate may make us more expensive than a foreign competitor, for example.

When management start thinking about whether to bid, they have an exchange rate in their mind, this tends to remain a key part of the conversation over the life of the contract. So a calculation of expected profit might be based on this rate. We could call this pricing risk.

When a bid is actually made, or price list prepared, the company has committed to a particular price without knowing whether it will get the business or not. This is pre-transaction risk and the risk is of a contingent nature.

Finally transaction risk arises when we are fully certain of all the cash flows.

Having identified our risks we can then think about some responses. Hedging (laying off the risk) is by no means the only alternative. It is not appropriate for economic risk, at least in the long term. In that case a response might be to re-locate production to a different area, where costs are lower or the currency cost base matches that of either or both of our customers and competitors. Auto manufacture is a classic example of that.

Another response might be to shift supplier base to a different currency to achieve a more natural hedge, so that currency cash flows in and out are better matched. This sounds simple but can lead to restriction of choice and not selecting an optimum supplier.

For pre-transaction exposure, which is a difficult risk to manage, think about a bank. They will only hold a price open for a few seconds. Contrast that to a company which has issued a price list or tender valid for several months.

Finally hedging is used for the more certain transactions, akin to fixing any other kind of business cost, such as rent or any other supply for a contract.

Some businesses are very complex and even finding out the certain cash flows can be difficult. A good order system in a multinational might give the short term cash inflows but purchasing decisions may not follow for several months.

As we have seen, hedging is the fixing of an exchange rate and hence giving certainty to the value of a foreign currency cash flow. The most common instrument to achieve this is a foreign exchange forward (‘forward’), where two sets of cash flows are exchanged with a counterparty at a rate agreed beforehand.

The rate can be agreed as far in advance as required (within reason) but most commercial hedging of this sort is done up to around a year to 18 months in advance of the settlement date when cash flows are actually exchanged. Some firms engaged in long term capital goods transaction may go much longer, however.

The usual counterparty for a forward is a bank but other counterparties increasingly compete in the area. Unless margin (cash paid over to or from the counterparty as the forward changes in value) is paid, forwards need a credit facility. There are alternatives to forwards, futures can be used to achieve the same effect; these are taken out on exchanges. In addition, economic equivalence to forwards can be achieved by buying or selling a currency now (called ‘spot’) and borrowing or depositing that foreign currency as appropriate.

The cost of hedging 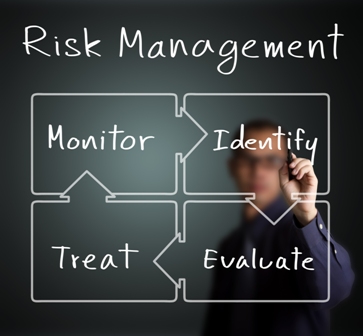 A common question asked of treasurers is – what is the cost of hedging? This has one answer which can be based on spreads charged by banks and other providers. It also has a different type of answer in that an opportunity cost can arise when fixing instruments are used. The following example will show this.

Imagine you buy a transport asset such as a train or bus from a European supplier and you fix the exchange rate in advance at £1 = €1.15, with a forward. You have achieved certainty. But if a competitor wanting the same asset buys the euro at a different time at £1 = €1.20, then he has paid only 96% of your cost and can charge less for use of the asset than you. The cost of hedging is thus an opportunity cost. The certainty sought might in fact cause higher risk in situations such as this.

A second type of instrument is an option. This instrument can give the best of both worlds because it avoids the opportunity cost. In the last example, if an option was bought at a ‘strike’ of £1 = €1.15 and then the rate moves to £1 = €1.20, the option can be allowed to lapse and the euro bought at £1 = €1.20. This, unsurprisingly, has a cost, called a premium, which is payable up front and is higher when the risk is higher.

What do companies do?

While it is generally the larger companies that engage in hedging of any sort, mainly because of the need for ‘market sized’ transactions and specialists who understand the risks and the markets, smaller companies should also assess their risks. Managing exposures through cash and borrowing can be better for these businesses.

If the cash flows are certain, as in transaction exposure, most firms hedge with forwards. Where there is any uncertainty as to the cash flows, with unknown sales forecasts for example, firms often hedge a percentage of expected sales. So certain sales invoiced might be hedged 100%, then 80% for the next period, then 50% for a further period and so on.

Contingent exposures such as tenders and price lists can be managed in this way or more ideally with options.

There is no one right answer to these issues and different firms tackle their problems in different ways. However, hedging is best viewed as buying time for the hedger to change the business model. No hedge lasts forever but a hedge can be made which gives management time to react, compared to how quickly a moving exchange rate can destroy a business model.

This article is not designed to investigate accounting but to look at the commercial risks arising in foreign exchange. Many treasurers hedge for economic reasons and then account as required, avoiding being accountancy led.

Another type of foreign exchange risk that arises is called translation risk, where sales, cash flows, assets and liabilities are translated at period ends. Generally these types of risks are not hedged except that many treasurers will manage the currency composition of their net cash or debt position. This can reduce the risks of credit ratios, such as leverage or cash flow ratios, deteriorating.

Foreign exchange risk that arises in the normal course of trading is very much a commercial issue and the treasurer must understand his business, talk to managers and make sensible decisions to reduce risk and protect their business model.

You may have come across some of this in your current role. Would you like to influence the outcome? The Association of Corporate Treasurers (‘ACT’) offers a Certificate in International Treasury Management which could help you do just that. For further information, see www.treasurers.org/phoenix