Fallout from the Arab Spring

Uprisings and civil strife in the Arab world have caused massive upheaval in many countries in North Africa and the Middle East. Paul Golden talks to some of the region’s influential accountancy professionals in an effort to understand the current state of the industry and the likely future consequences for accountancy in the region. 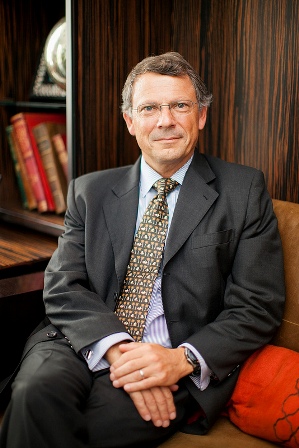 THE EVENTUAL economic impact of the infamous ‘Arab Spring’ remains impossible to forecast with any certainty, but there is widespread acceptance that accountants will play a vital role in creating the conditions for future growth.

Thus far, the protests that started in Tunisia in late 2010 have had a negative impact on the economies of the countries affected.

Research by political risk consultancy Geopolicity suggests that those countries where political protests have been most violent – Libya, Syria, Egypt, Tunisia, Bahrain and Yemen – saw their combined GDP fall by more than $20 billion in 2011 alone.

This view is corroborated by data published in June by Thomson Reuters showing that of the $60 billion in aid pledged to Arab countries last year, only a quarter had been disbursed.

Jaafar Hassan, Jordan’s minister of planning and international cooperation went even further in a recent interview, stating that no financial or technical assistance had yet been extended within the context of the Deauville Partnership.

The International Monetary Fund (IMF) has calculated that the weaker Arab economies will need about $300 billion in external finance over the next two years, with governments’ borrowing needs making it harder and more expensive for private sector companies to raise finance.

However, there are some positive signs. The World Bank has estimated the infrastructure sector across the Middle East and North Africa (MENA) has the potential to create around 2 million direct jobs and 2.5 million additional infrastructure-related jobs over the next decade, while the IMF forecasts an increase in economic growth across the region from 3.5% last year to 4.2% in 2012.

Unsurprisingly, few observers are prepared to draw a direct line between political change and economic improvement.

Institute of Chartered Accountants in England and Wales (ICAEW) Middle East regional director Peter Beynon says in some parts of Libya entrepreneurs are emerging in various sectors (such as vehicle importing) and that in general entrepreneurs across the region feel they will benefit.

“The United Arab Emirates has benefitted in that it has been seen as a haven among the tumult that has engulfed other Arab countries. But if you look at Egypt, for example, the jury is still out on whether Sharia law will be implemented and what impact this will have on businesses. International investors are still largely waiting on the sidelines.”

Talking politics
Political change is still ongoing in many of the countries affected by the Arab Spring, so evaluating any economic benefit which has arisen as a result of such change is impossible in the short term, according to the Chartered Institute of Management Accountants director of Islamic finance, John Willsdon.

With any severe political change such as has occurred in the Arab Spring, economic difficulties are expected initially due to political unrest, which leads to reduced foreign investments, liquidity difficulties and increased pressure of public economic demands, observes Karim Abd-Elhay, president of the Dubai chapter of the US Institute of Management Accountants (IMA).

He acknowledges these countries are going through a period of transition, but adds that over the long term political change is expected to have a positive economic impact due to the corrective actions taken by governments to reduce corruption, encourage investment and optimise the utilisation of resources.

“The faster a country can stabilise politically, the more benefits it can get,” says Abd-Elhay. “I can refer here to Tunisia and Egypt, both of which have promising growth opportunities. Neither can we ignore these countries’ financial resources and economic status – for example, Libya has natural resources which will boost government spending in infrastructure projects and generate good economic returns.”

Beynon explains that while ICAEW members in the Arab world are not isolated in their experiences in relation to the wider business environment, the precise effects have varied from country to country.

“Some people relocated and then returned to Egypt, whereas Libya is seen as a blank piece of paper and a land rich in opportunity. I would expect a net inflow of members across the region as markets slow down in Europe and elsewhere.”

This development goes hand-in-hand with improvements in corporate governance, continues Benyon. “The impetus to crack down on corruption is being driven internationally and we are working with regulatory bodies to promote good business practice,” he says.

Government bodies have grown considerably across MENA and absorbed a lot of local qualified people, but scope for further public sector growth is limited.

Beynon says: “It is hoped that the local population will be able to meet future demand from the private sector, but in the short term demand for finance professionals will be filled by expats from India and Europe. Many companies in the Gulf Co-operation Council (GCC) countries – Bahrain, Kuwait, Oman, Qatar, Saudi Arabia and the UAE – have programmes to develop local talent and we are working with larger employers and educational establishments.”

He suggests that interest in Islamic finance would have increased even without the rise of political movements such as the Muslim Brotherhood, but says developments in countries such as Egypt will add impetus to the sector.

“ICAEW and other professional bodies will need to lead standards and levels of disclosure around Islamic finance to make sure they are consistent with conventional finance.” 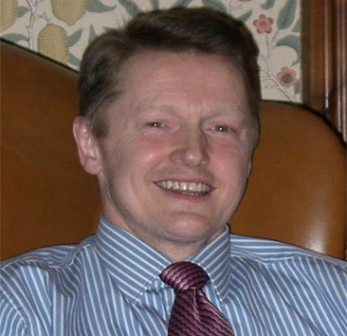 CIMA experienced the greatest-ever increase in student numbers joining the Diploma in Islamic Finance from countries such as Bahrain during 2011, many of whom enrolled as part of a government-sponsored programme.

Willsdon admits this may not be directly related to the Arab Spring, but says its timing would suggest that governments are keen to show their citizens that they are prepared to support them in obtaining professional qualifications.

“Interestingly, we have also seen an upsurge in interest from Egypt,” he says, “which could be directly related to the election of the pro-Arab Muslim Brotherhood presidential candidate. It is often said that surges in the number of mature people taking qualifications occur in times of adversity such as the present global economic downturn. We could expect more students in the MENA region to seek internationally recognised qualifications if they are thinking about exiting the region.”

He agrees with Beynon’s view that accountants are likely to have a higher profile in the business world post-Arab Spring.

“We tend to think in terms of Arabian Gulf states as looking like Dubai, but the reality is that much of the Gulf is undeveloped and a lot of the manpower currently used to drive development is expatriate. Countries in the region are in agreement that the indigenous population needs to be up-skilled and while many citizens will look for trades, a section will seek to attain professional qualifications.”

Willsdon is confident that as the MENA economies develop and legal and fiscal policies mature and emulate other more developed regions, corruption will slowly decline.

He is also convinced there will be enough accountants to meet future demand and that this demand will be driven by an emerging private sector rather than the public sector, which will inevitably have to be reduced in size as state spending comes under increased scrutiny.

Says Willsdon: “A major concern of many Gulf countries is getting their own citizens to up-skill. Oil revenues have meant that many did not need to work or only wanted to be employed at the highest level, whether qualified or not. As a result, many of the largest organisations are being run by a silent, expat majority.”

“Many of the Gulf states now know they haven’t got many years of oil left and therefore see the need to invest in both physical infrastructure and also education as a way of empowering their citizens. Professional qualifications are already in great demand, but this can only increase as the oil revenues slowly run out.”

With the growth of Islamic finance over the past 20 to 30 years, demand for suitably qualified staff has become acute. The indigenous population are ideally suited to fill this demand because of their religious background and the fact that they are Arabic speaking, Willsdon continues.

“Islamic finance has been growing at rates of 20 to 30% for the past decade and more and there is no evidence that this is likely to decrease,” he says.

“The shift of many MENA countries to a stronger Arab identity – along with the developments which have already taken place in the industry in terms of the availability of Islamic finance products and services – means that we can only expect Islamic finance to continue growing.”

The Dubai chapter of the IMA has experienced increased demand for its professional certification, says Abd-Elhay.

“Organisations now look for accountants who can help in improving efficiency through proper analysis and planning and this comes in line with the change that the people in the Arab Spring countries are looking for,” he says.

He is in accord with the view that the accounting profession has a role to play in reducing corruption in business.

“Accounting professionals play a vital role in implementing and applying proper corporate governance, which targets the reduction of corruption. There is increasing attention paid to the importance of applying business ethics that provide proper tools to fight
corruption.” 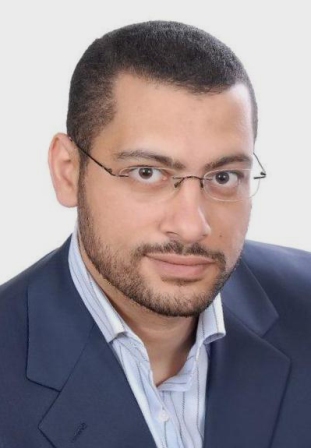 Karim Abd-Elhay, president of the Dubai chapter of the US Institute of Management Accountants (IMA).

In common with Willsdon, Abd-Elhay is confident there will be enough accountants to meet future demand.

“There are massive numbers of accountants graduating every year and some countries like Egypt and Jordan may have enough accountants to meet both their own country’s future demand and the shortage of accountants in other Arab countries. However, the required skills for accounting professionals need to improve to meet future expectations.”

“We have seen new leaders and governments with Islamic references who will encourage Islamic finance,” he adds.

“Islamic finance is even growing at an individual level, which is leading many local and international financial institutions to respond to this need by providing banking solutions in compliance with Sharia and I see this trend growing over time.”

While there is still a lot of work to be done in the wake of the Arab Spring the accounting profession is in the perfect position to help the countries affected to rebuild their economies by helping to weed out corruption and take hold of the opportunities in the form of Islamic finance products and services.